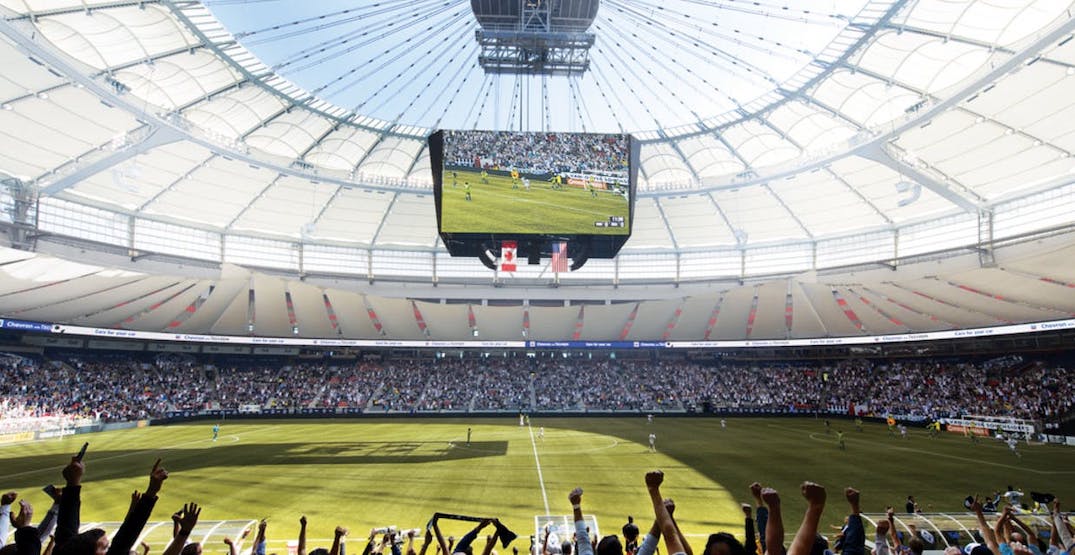 BC Place Stadium during a Vancouver Whitecaps FC game. (Pavco)

A supplier and contractor for the replacement of the existing artificial turf field at BC Place Stadium have been selected.

PavCo, the provincial crown corporation that owns and operates the stadium, announced Wednesday it had selected FieldTurf to provide and install a new playing surface.

The contract is worth about $2.9 million and entails the removal of the existing turf system, the installation of the company’s Vertex CORE system with EcoMax infill, which includes the sub-structure layer between the turf and concrete floor. This work is being carried out this month and into January 2022, with completion slated just in time for the return of World Rugby’s HSBC Canada Sevens on February 26 to 27, 2022.

The turf field now being removed was installed just weeks before the venue’s key role in hosting matches for the 2015 FIFA Women’s World Cup. After heavy wear and tear over the years, especially from the Vancouver Whitecaps and BC Lions, the turf no longer meets the certifications required for top-level international sport.

Cross-section of the 2022 artificial turf layers for BC Place Stadium. (PavCo) 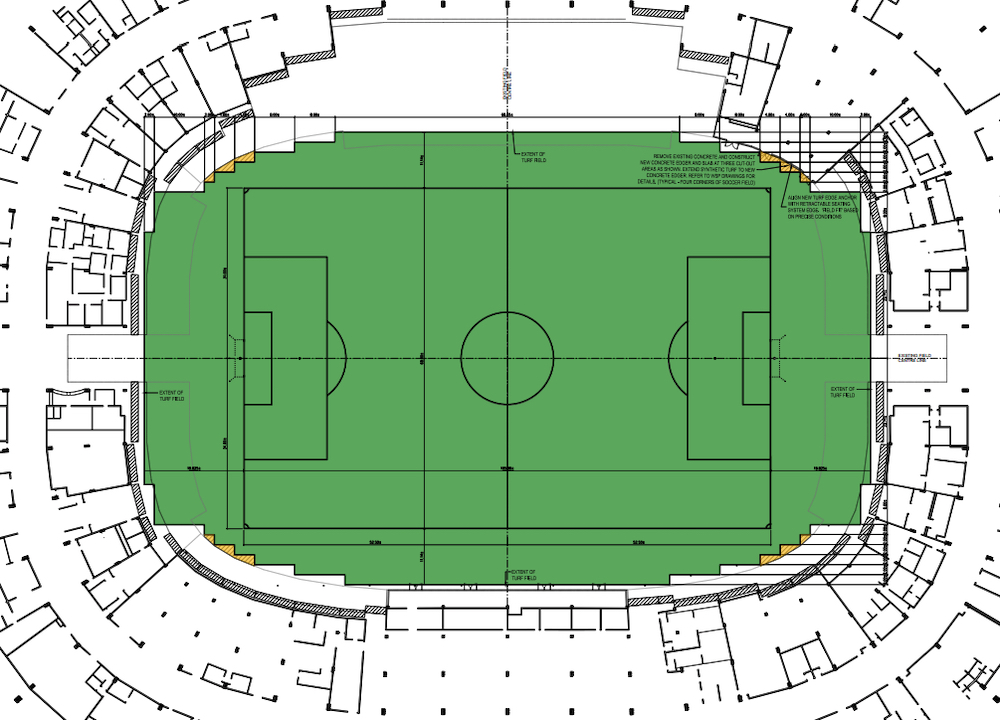 Diagram of the new replacement artificial turf for BC Place Stadium. (Pavco)

This is the stadium’s third turf since the 2011 reopening of the stadium following the complete overhaul that included a new retractable roof. The new turf is expected to carry a similar minimal lifespan of five years.

“BC Place is one of only a few world-class stadiums in North America to host such a diverse range of activities on a year-round calendar of events,” said Ken Cretney, president and CEO of PavCo, in a statement.

“From hosting international sporting championships to community-based activities, this revitalized playing surface will help ensure BC Place is set to play a major part in BC’s Restart plan and the growth of our business over the coming years.”

As for the future of the existing turf, instead of sending much of it to the landfill, the surface will be repurposed for the benefit of the Abbotsford Cardinals baseball team, which was severely impacted by the recent floods in the Fraser Valley. They are part of the BC Premier Baseball League for 14-18U baseball.

The team’s home field, equipment, and facilities at Delair Park — located at the base of Sumas Mountain — was destroyed by floodwaters reaching at least five feet high on the turf field and inside their building. The Cardinals do not have flood insurance to cover their losses on their leased property owned by the city. 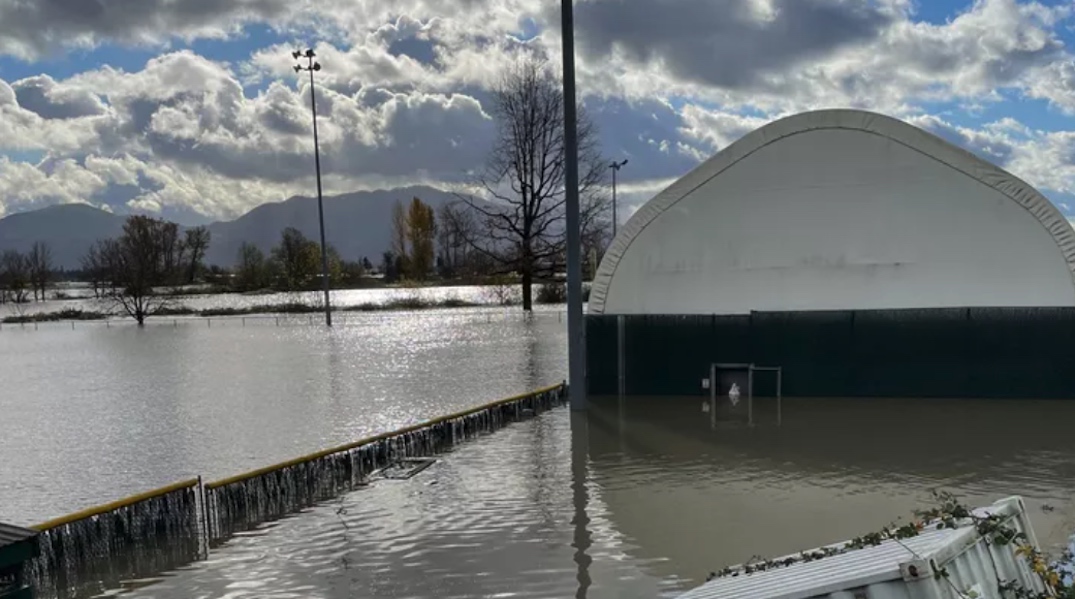 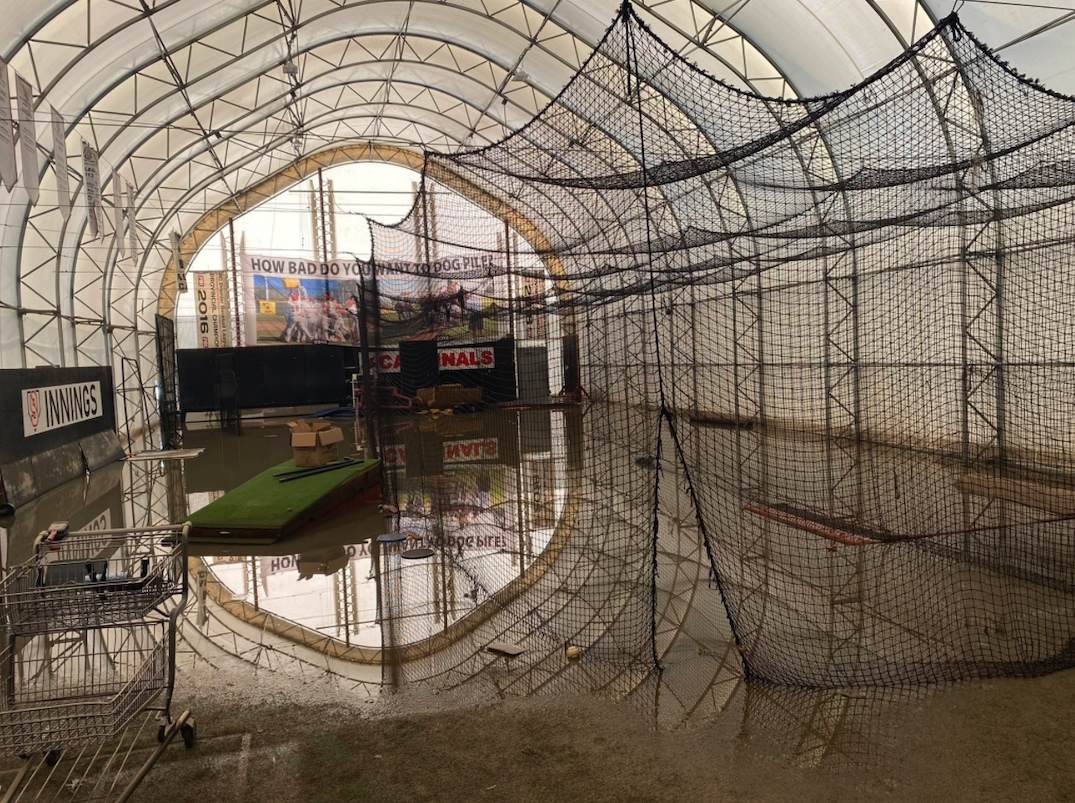 FieldTurf, Beyond The Turf, and Binnie are generously donating their labour and expertise to remove the team’s existing damaged turf and transport and install a portion of BC Place Stadium’s old turf field at Delair Park.

“With great gratitude, the Abbotsford Cardinals want to thank PavCo, Binnie, Beyond The Turf, FieldTurf, and all those that reached out to our organization to initiate this opportunity to be the recipients of the turf from BC Place. We feel very fortunate to receive this donation as it is a key component for the rebuild of our facility,” said Shawn Besse, general manager of the Abbotsford Cardinals.

“The Abbotsford Cardinals facility is crucial across our entire baseball community as it is utilized for various events from BC Summer Games, Blue Jay training Camps, Summer Camps, PBL Provincial Playoffs and much more.”

Installation of the old BC Place Stadium turf at the Cardinals baseball facility is scheduled to begin in late January 2022.

At the time of writing, over the past month, an online crowdfunding campaign supporting the Cardinals’ costs of rebuilding their facility has raised more than $56,000 of their $60,000 goal. 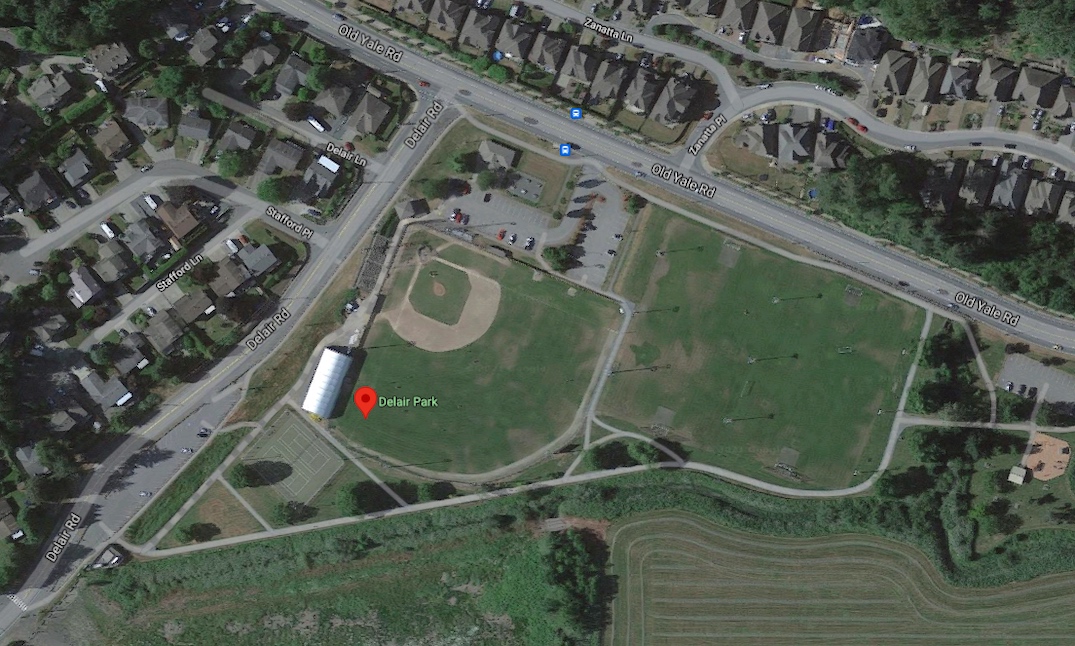