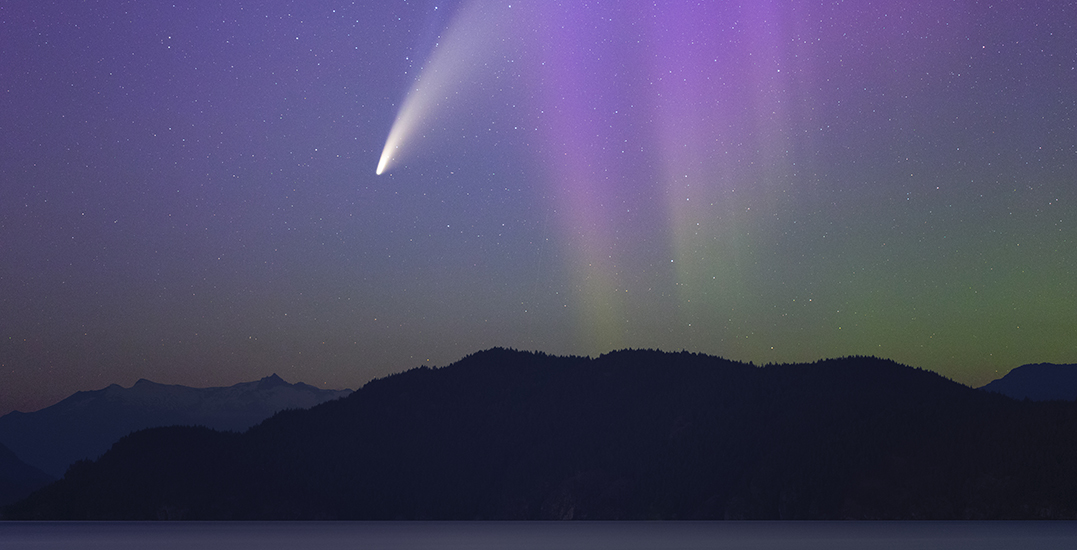 A BC-based photographer has captured what he’s describing as a “once-in-a-lifetime” event.

The incredibly rare comet C/2020 F3, or NEOWISE,  has been lighting up night skies around the world for several days now. As it draws closer to earth, lucky Vancouverites have managed to capture glimpses of the stunning event and even photos.

Liron Gertsman, however, has captured an even rarer event, photographing both the NEOWISE comet and the Northern Lights (Aurora Borealis) in a single shot.

In addition to being a nature photographer, Gertsman is an avid astrophotographer and astronomy enthusiast.

The 19-year-old tells Daily Hive that he’s spent the past several days observing and photographing the spectacle. He captured both events on the night of July 13 while at Harrison Lake in the Fraser Valley.

“I was treated to what might be a once-in-a-lifetime event,” he says. “The Northern Lights showed up, ‘photobombing’ my comet shot.”

Gertsman says that there was a 30-minute window that Aurora Borealis was visible to the naked eye.

“The colours were hard to see but the pillars were clearly visible dancing across the northern sky,” he explains. 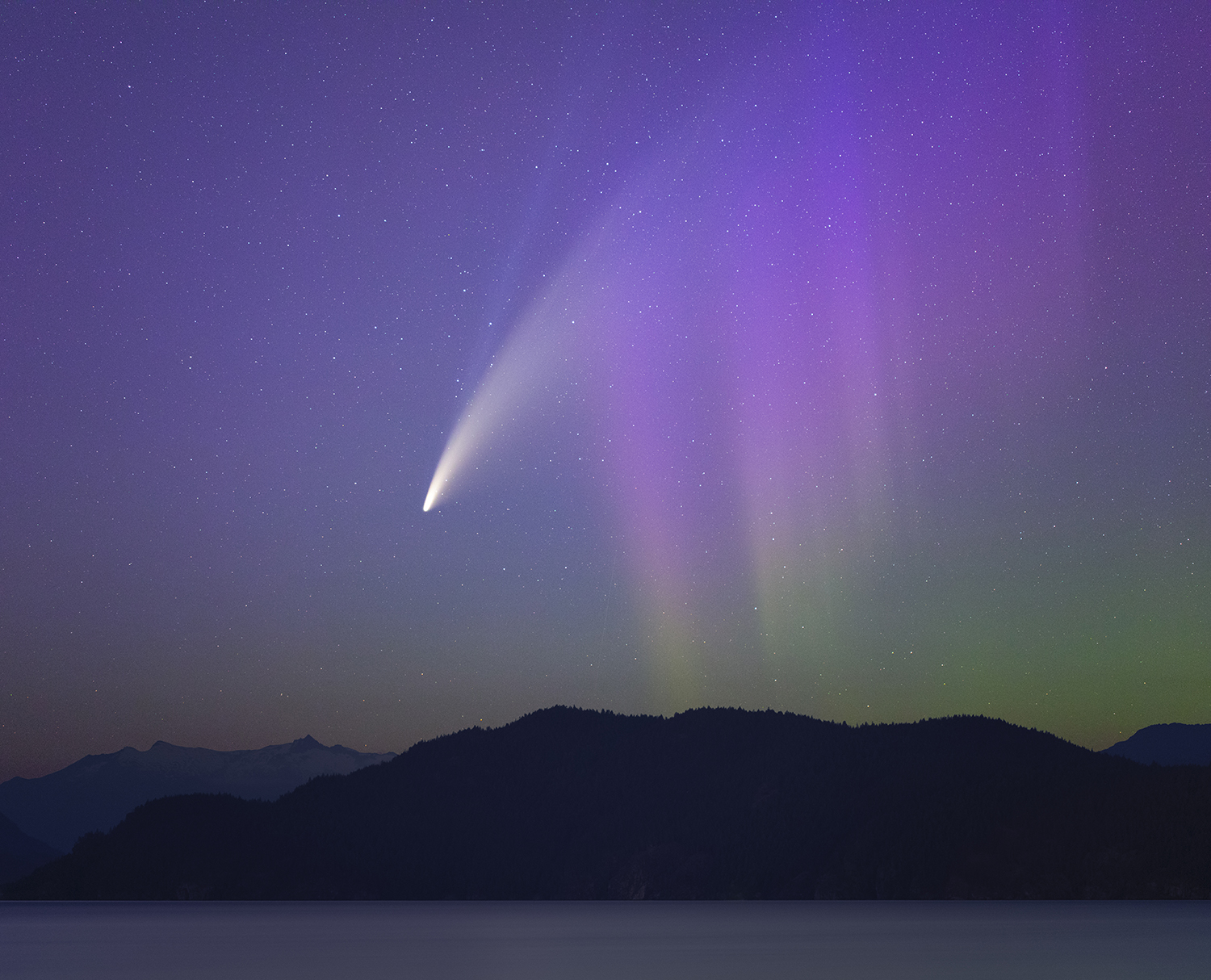 “A comet like this is a once-in-every 20-year event,” he continues. “The last comet comparable to this one visible from the Northern Hemisphere was Comet Hale-Boop in 1997 before I was born.”

On July 12, he also managed to capture the comet over English Bay, “resulting in a very ‘Vancouver’ landscape image.” 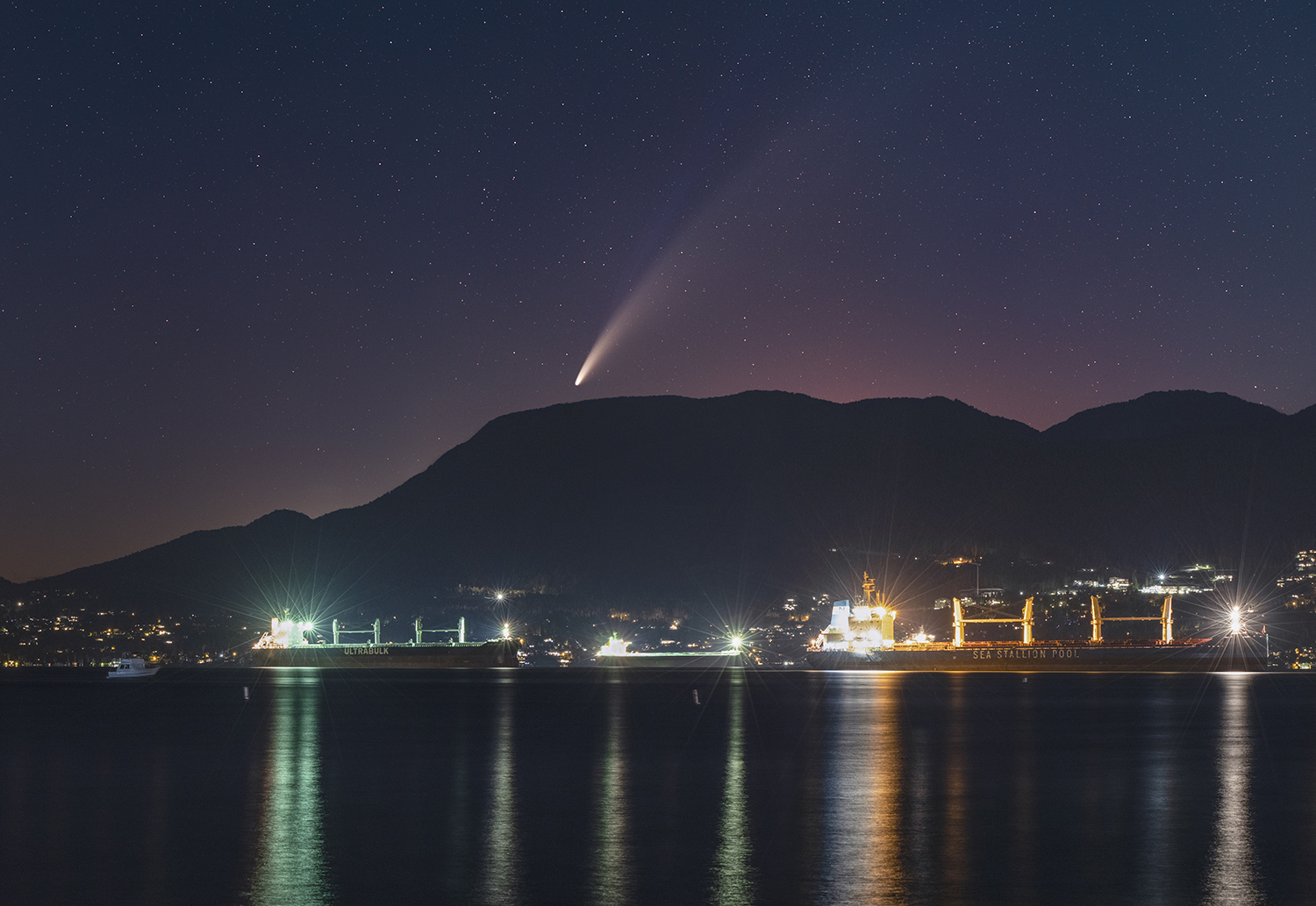 Gertsman hints that while it’s hard to know how long the comet will be around for, it’ll likely start to fade after its closest approach to the heart, which takes place on July 23.

“For the best views, make sure it’s dark enough outside, you have a clear view of the northern horizon, and there aren’t any bright lights in the immediate vicinity that may prevent your eyes from adjusting to the dark,” he says.

“If you have clear skies, it’s hard to miss the comet even from the heavily light-polluted cities!”