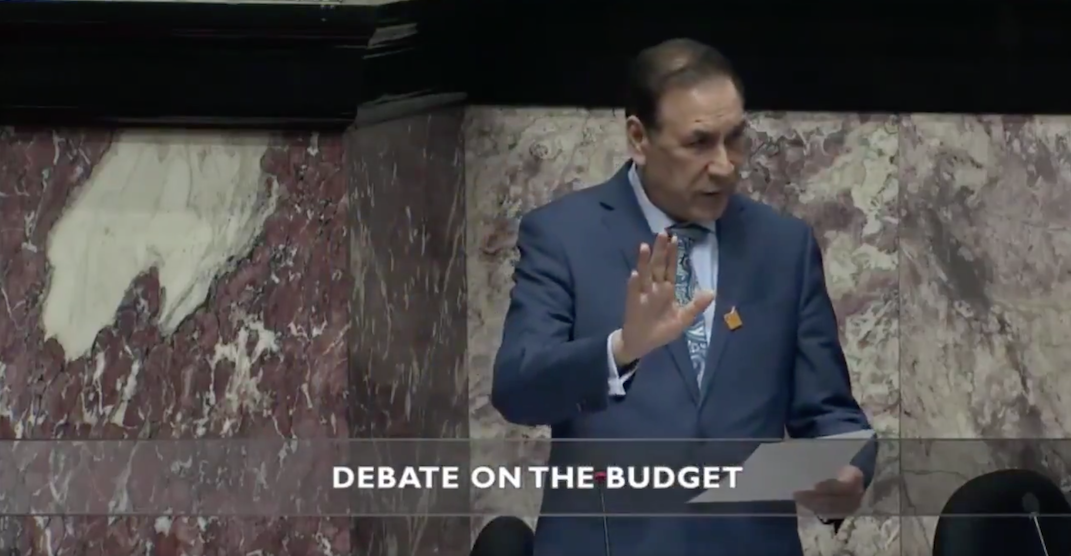 An NDP MLA came under fire yesterday for casually quoting the words of German Nazi politician and propagandist Joseph Goebbels in the BC Legislature, while the budget was being debated.

And while Surrey-Fleetwod Jagrup Brar didn’t outright name Goebbels, he proceeded to echo his famous words.

“Someone has said … and I quote, ‘If you repeat a lie often enough, people will believe it,'” said Brar.

Had to do a double take. Check the source against the quote. But @JagrupBrar1 actually quoted NAZI Joseph Goebbels.

He knew how inappropriate it was, that’s why he wouldn’t say the name of the NAZI he quoted. pic.twitter.com/LPf4WPDItC

I’ve been on twitter too much today clearly, because I’m hallucinating that this is a video clip of the NDP’s Jagrup Brar quoting a Nazi in the Legislature #bcpoli https://t.co/muBZnGkFkp

Brar later took to Twitter to issue an apology for his comment, saying that it was an inappropriately employed analogy.

It remains unclear if Brar was aware of the origins of the quote prior to speaking or if he was informed after his speech.

Earlier today in the house, I made an analogy that was inappropriate. Referencing the disgraceful actions of the Nazi regime during debate was wrong. I apologize sincerely for my comments. @CIJAinfo

In a statement to Daily Hive, a spokesperson for the New Democrat BC Government Caucus, said that the Centre for Israel and Jewish Affairs (CIJA), the advocacy agent of Jewish Federations of Canada, issued a response, thanking MLA Brar for his apology

“Earlier today CIJA was made aware that a quote by the Nazi Minister of Propaganda was used during a debate in the BC Legislature. This was wrong and unacceptable,” said the statement.

“We appreciate the unequivocal apology by the MLA. Words have meaning and how we use them matters.”