In what will be the single largest minimum wage increase in recent memory in BC, the provincially-mandated minimum wage will increase by $1.30 from $11.35 per hour to $12.65 per hour this Friday, June 1.

The hike was first announced earlier this year as part of the BC NDP’s four-year plan of incrementally increasing the minimum wage each year on June 1 until it reaches at least $15.00 per hour.

The schedule and rates are based on the findings and recommendations of BC’s Fair Wages Commission.

Further increases of up to $0.20 could be made for the minimum wage in 2021, with the wage potentially set at $15.40 per hour instead of $15.20 per hour. But this is dependent on economic conditions.

The last minimum wage increase in BC occurred in September 2017 when a planned increase of $0.50 from the previous BC Liberal government went into effect.

According to a recent report by the Canadian Centre for Policy Alternatives, the current ‘living wage’ in Metro Vancouver is $20.91, which is the minimum required by two working parents to support two young children and their basic needs.

Here are the minimum wage rates in Canada’s provinces and territories as of April 1, 2018: 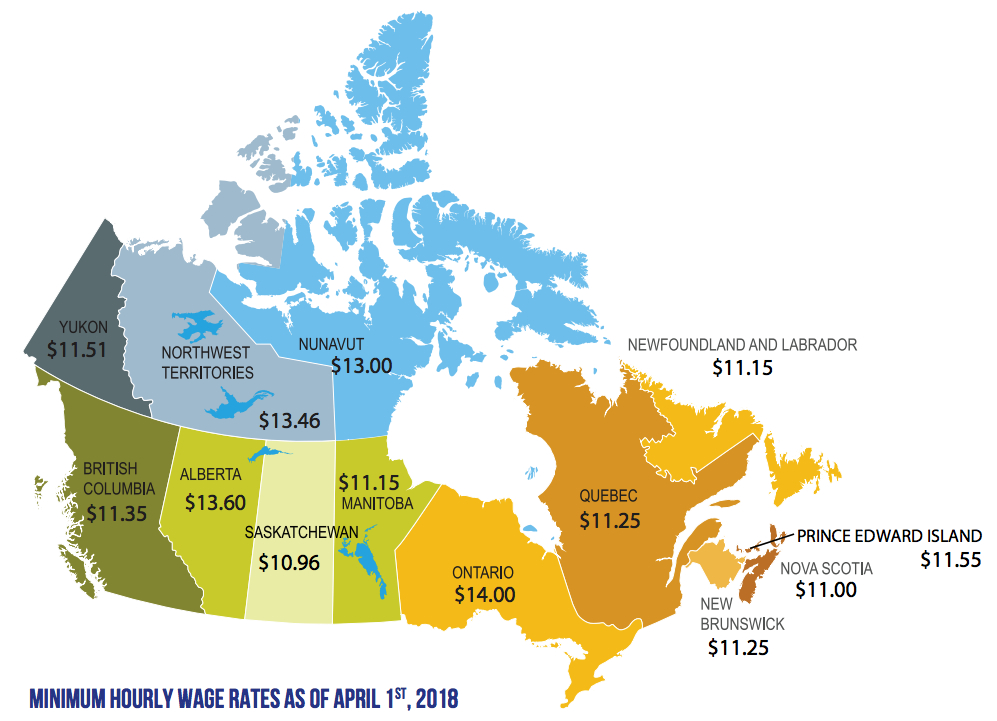 Minimum wages in Canadian provinces and territories as of April 1, 2018. (Retail Council of Canada)