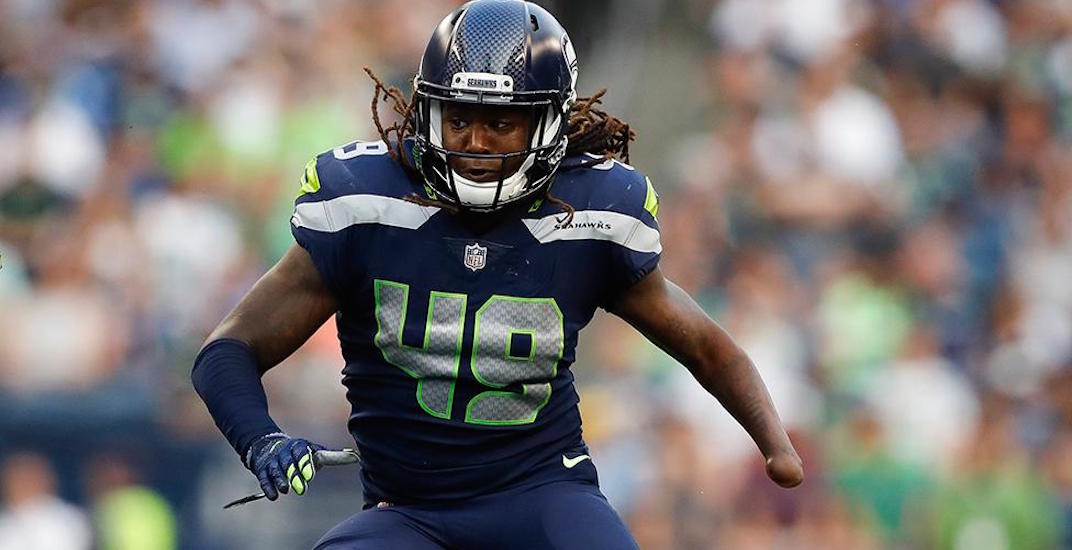 Not only will Shaquem Griffin make his NFL debut on Sunday, the Seattle Seahawks plan to start him.

The 23-year-old linebacker made history last April, becoming the first one-handed player ever drafted into the NFL when the Seahawks picked him in the fifth round.

Shaquem had his left hand amputated at age four as the result of a birth defect known as Amniotic Band Syndrome.

Beating all the odds, Griffin became the AAC Defensive Player of the Year in 2016 and Second-Team All-American in 2017 during his college career with the University of Central Florida.

Griffin impressed scouts at the NFL combine, putting up 20 reps on the 225-pound bench press with a prosthetic right hand, and ran the fastest 40-yard dash by a linebacker since 2013 (4.38 seconds).

Griffin is getting the starting nod from head coach Pete Carroll due to an injury to starter KJ Wright. He’ll start on the field with his twin brother Shaquill, who begins his second season at cornerback in Seattle.

After five consecutive trips to the postseason, including back-to-back Super Bowl appearances in 2013 and 2014, the Seahawks missed the playoffs last season. They begin the 2018 season this Sunday in Denver.