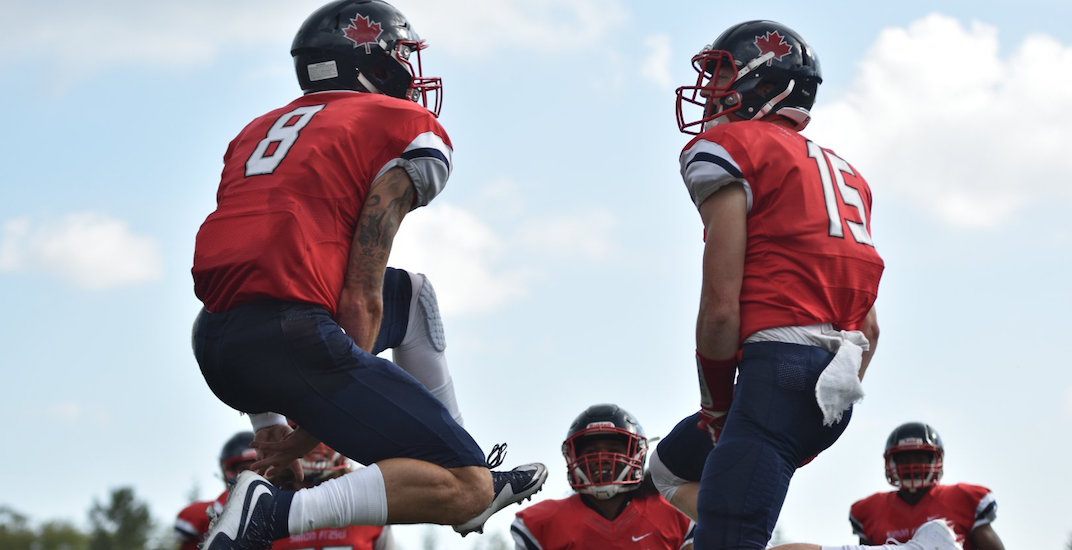 That’s what SFU football fans are screaming at the top of their lungs after grabbing the program’s first win in nearly four years. They beat Willamette — a Division III program based out of Salem, Oregon — at home on Burnaby Mountain to record their first victory since October 18th 2014.

It’s a long way from the school’s most lopsided ever defeat, 83-7, they suffered on the same field just over a year ago.

Simon Fraser scored early and often in this one. They were up 35-0 after the first half and didn’t let up at all in the second half either. SFU put up 111 rushing yards, led by new transfer Jason Nelson’s 68 yards and two touchdowns. Starting senior quarterback Miles Richardson went 12 for 17 with 180 yards and 3 TDs as well.

SFU’s struggles in NCAA football since switching over from the Canadian university league have been well documented.

The program had gone 33 games without a victory, and at one point had three different coaches in three years that really hampered their ability to recruit top talent.

Next up for new head coach Thomas Ford and his team is a much tougher test — a game on the road against nationally ranked and traditional GNAC rival Azusa Pacific. It’s the team that beat them 83-7 last year, and if they can put in a good performance it will go a long way to building confidence for the rest of the campaign.