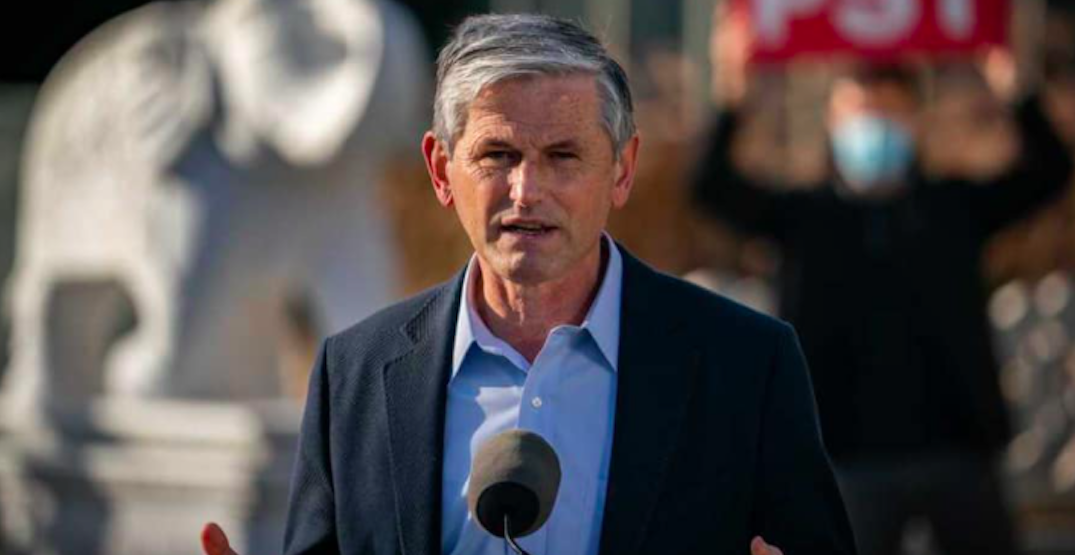 After a provincial election in which his party not only failed to form government but also lost numerous seats in many of its key ridings, BC Liberal Party Leader Andrew Wilkinson said on Monday he is stepping down as leader of the party.

Wilkinson’s announcement comes after the BC NDP won a majority government in the election on Saturday.

“After Saturday’s election, there are still roughly half a million votes to count, but it’s clear the NDP will be forming the next government of British Columbia,” Wilkinson said during a short press conference.

“Leading the BC Liberals has been a great honour, but now it’s time for me to make room for someone else to take over this role,” he continued. “I’ve asked the party president to work with the party executive to immediately determine a timeline for the leadership selection process.”

Wilkinson, who was re-elected as an MLA in his riding of Vancouver-Quilchena, said he will step down as party head as soon as a new leader is selected.

“Today, we begin the challenging and exciting process of rebuilding the party, and we do so with a very strong base of elected members in the legislature, and strong membership throughout British Columbia,” he said.

Wilkinson did not take questions during the press conference.

NDP Leader John Horgan retains his seat as premier in an election that took place during the ongoing pandemic, and in a year which saw an “unprecedented” number of voters cast mail-in ballots or advance votes, according to Elections BC.

The final results of the election won’t be known until at least November 16, as Elections BC staff still have to screen and count the mail-in ballots – a process that doesn’t begin for 13 days after the election.

Wilkinson did not officially concede on Saturday night, saying that every vote must be counted before the final results of the provincial election are determined.

He did admit, however, that the NDP was clearly ahead and it appeared Horgan’s party would have the opportunity to form government.

And while the final results of the election won’t be known until at least November 16, Saturday’s ballots were enough for the NDP to clinch a majority government as their candidates were elected or led in 55 of 87 ridings, as opposed to the Liberals’ 29 and the Green party’s three.