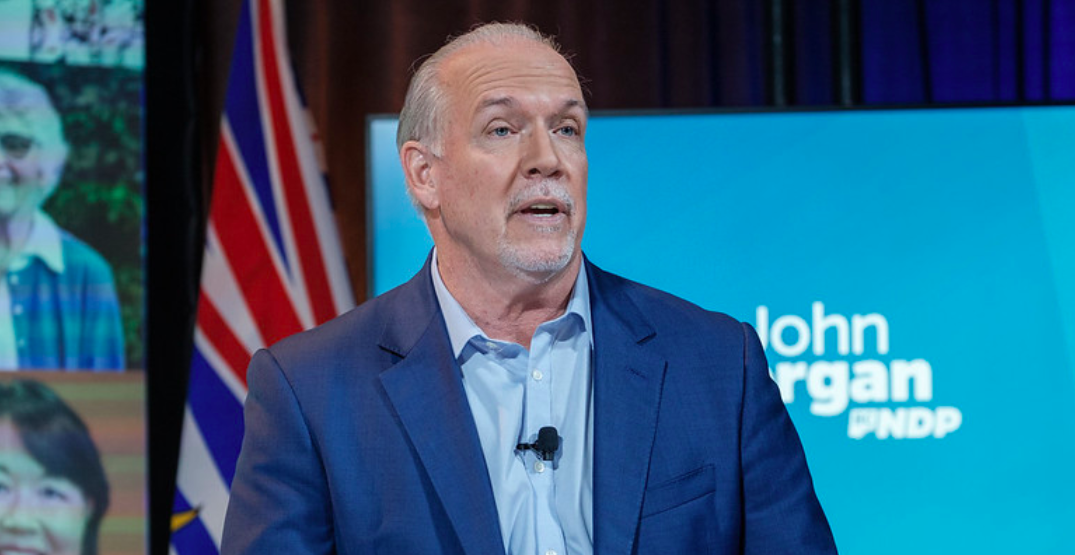 BC NDP Leader John Horgan will stay on as BC’s premier – this time with a majority government.

Preliminary election night results showed that Horgan’s party managed to secure 55 seats, Andrew Wilkinson and the Liberals with 29, and the BC Green Party with three.

Horgan becomes the first NDP premier to be re-elected in the province’s history.

“BC has voted, and a majority has been called, but there are many, many hundreds of thousands of votes yet to be counted,” said Horgan during a speech after the votes came in on Saturday night.

“And while we wait for that final count to happen, I want to assure people that I’m going to keep the focus on right where it belongs.”

This, he said, includes “helping people through this pandemic, making sure that they have the services they need, and all British Columbians can sleep safely  knowing that we’re going to do everything we can to keep them safe, healthy, and secure.”

Prime Minister Justin Trudeau also congratulated Horgan on Saturday’s resultss in a statement, saying he looks forward “to continuing to work closely with Premier Horgan and the Government of British Columbia, so we can keep Canadians safe and healthy and offer support to those who need it, as we address the impacts of the global pandemic.”

Trudeau said that “through a strong partnership, we’ve made great progress for British Columbians and all Canadians.”

Horgan retains his seat as premier in an election which took place during the ongoing COVID-19 pandemic, and in a year which saw an “unprecedented” number of voters cast mail-in ballots, or advance votes, according to Elections BC.

As a result, the final results of the election won’t be known until at least November 16, as Elections BC staff still have to screen and count the mail-in ballots – a process which doesn’t begin for 13 days after the election.

However, Saturday’s ballots were enough for the NDP to clinch a majority government as  their candidates were elected or led in 55 of 87 ridings, as opposed to the with the Liberals’ 29 and the Green party’s three.

“Thanks so very much,” Horgan concluded on Saturday.