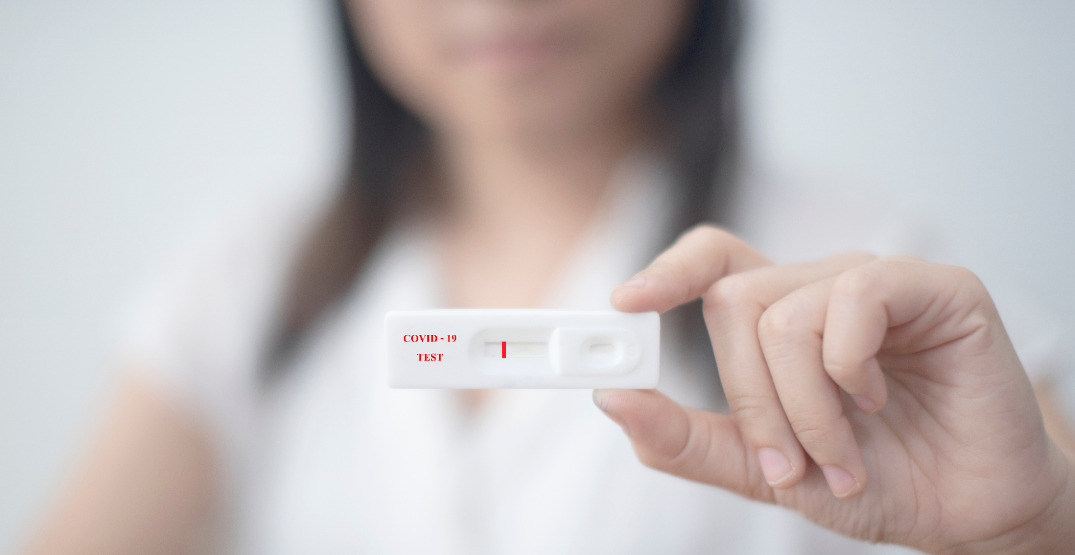 With increasing concern over the Omicron variant and much to be learned about its characteristics, some provinces have begun distributing rapid COVID-19 tests for free. BC residents, however, will be waiting until at least January.

Provinces taking part in this initiative include Ontario distributing rapid test kits at LCBO stores across the province, in what they’re calling a “holiday testing blitz.”

Dix said that rapid test kits for British Columbians won’t arrive until January in the new year, and even then, they would be in limited quantities. He also suggested they would first go to those who need it most or who may be the most vulnerable.

What are rapid tests?

COVID-19 rapid tests can show a positive or negative COVID-19 result in up to 20 minutes and generally involve the use of a nasal swab.

According to the BCCDC, “they are generally less accurate at detecting COVID-19 infection than standard testing.”

However, they can still serve as a layer of protection against the spread of COVID-19 and provide peace of mind for those who are attending social gatherings.

BC has provided a reason why rapid test kits won’t be available until next month. Dr. Henry spoke to it at a conference earlier this week, suggesting that packaging played into it. Henry said the province hasn’t had access to easy-to-use take-home tests yet, and that breaking down the large boxes that tests come in into take-home kits is time-consuming.

“They could be broken down, but it’s really challenging to break those down,” said Henry.

“It takes a lot of time and effort to do that.”

She also said the provinces currently offering take-home tests have smaller populations than BC. That would’ve been true before Ontario made rapid test kits readily available.

Unless you’re a member of an Indigenous community or a non-profit or charity, you have to pay for a rapid test in BC.

It’s not all on BC, though. Dix suggested the tests are being distributed similarly to the way vaccines were to individual provinces.

“Based on what we were told in November and December, it was our expectation that take-home tests would be available, and they’re not yet,” said Dix. It isn’t clear if BC could’ve had applied for the tests earlier or whether the federal government already had a system in place for distribution.

“The federal government puts it in a big bucket,” said Henry on Tuesday. She added that most of the tests BC currently has are ones that either require a machine or a healthcare provider. In BC, you can buy a take-home rapid test kit online, but many provinces offer the same kits for free.

The rest of Canada

When looking at the rest of the country, it becomes more evident that BC is lagging behind.

New Brunswick and Nova Scotia offer a system similar to that of Saskatchewan, offering free kits at a variety of locations. In PEI, testing kits are currently available for children in certain circumstances.

The Northwest Territories have also begun implementing their program for kids and other residents who deal with the general public.

BC is expected to announce more details about the rapid test plan on Tuesday.