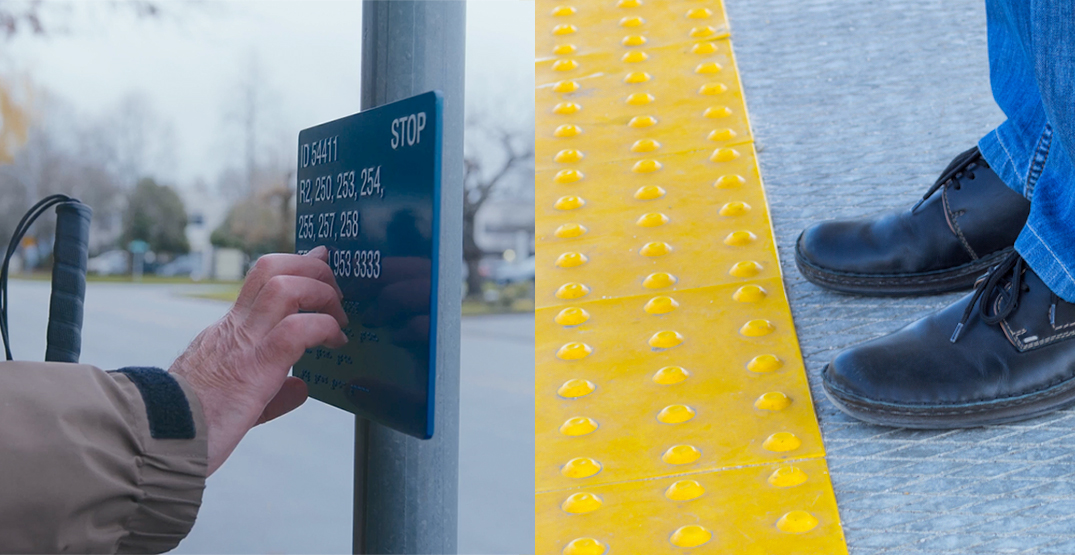 TransLink's braille sign design for bus stops, and an example of tactile surface indicators on another system. (TransLink/Shutterstock)

Bus passengers who are blind or partially sighted will greatly benefit from the installation of braille signs with helpful information on every bus stop in Metro Vancouver.

TransLink announced today it is moving forward with its braille sign installation project on the pole and posts of 8,400 bus stops served by its bus routes.

Additionally, the public transit authority will also install tactile walking surface indicators at every bus stop on property that TransLink owns or leases, such as bus exchanges. Such raised surfaces on the ground help guide passengers who are blind or partially sighted towards the front door of the bus.

“These braille signs and walking surface indicators will help so many people in the community more independently navigate our transit system,” said  TransLink CEO Kevin Quinn in a statement.

“Accessibility is imperative to a quality transit system, and I am very proud of this major step forward for our customers who are blind or partially sighted.” 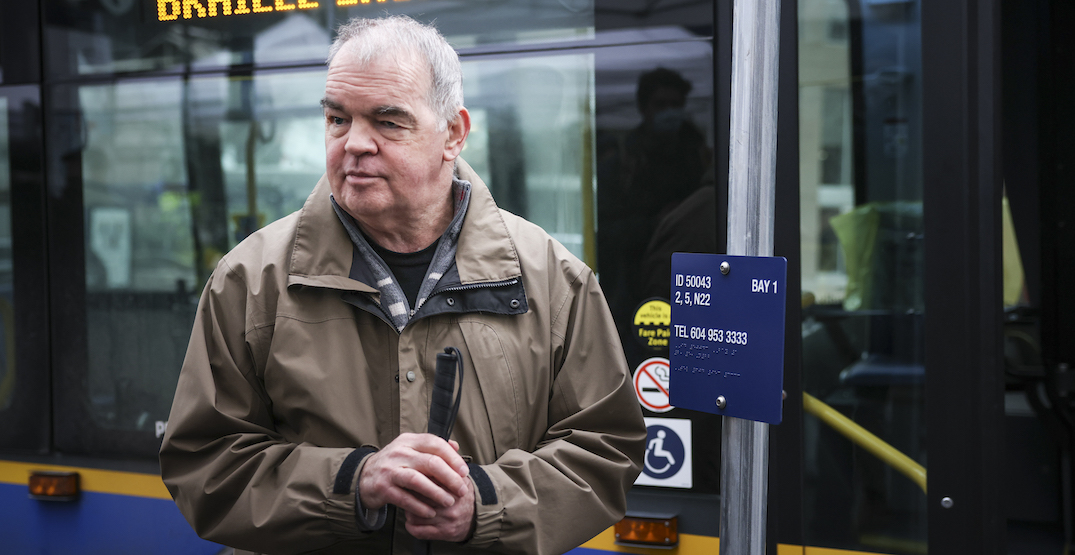 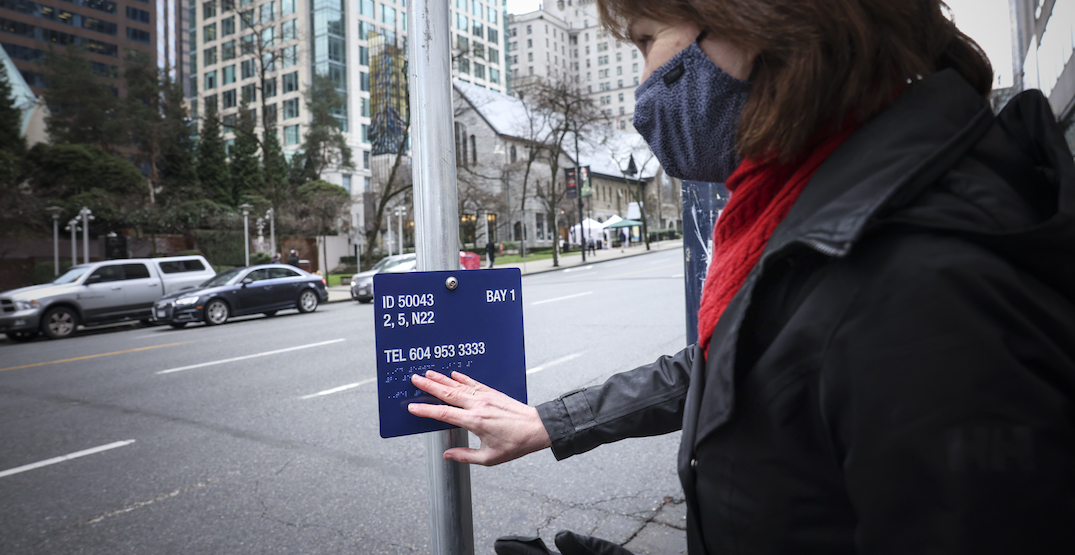 The braille sign installation project begins today and is scheduled to reach completion by the end of 2022. Upon full completion, TransLink will be the first public transit system in Canada to install braille signs across its entire bus network.

With a budgeted cost of $7 million, the project was approved by TransLink’s board of directors in late 2019.

“The installation of braille signage and tactile walking surface indicators will help improve the accessibility of TransLink bus routes for riders who are blind or partially sighted,” said Robert Gaunt, the executive director of the Canadian National Institute for the Blind.

“We commend TransLink for making this important investment and for their ongoing commitment to improving the overall accessibility of Metro Vancouver’s public transportation system.” 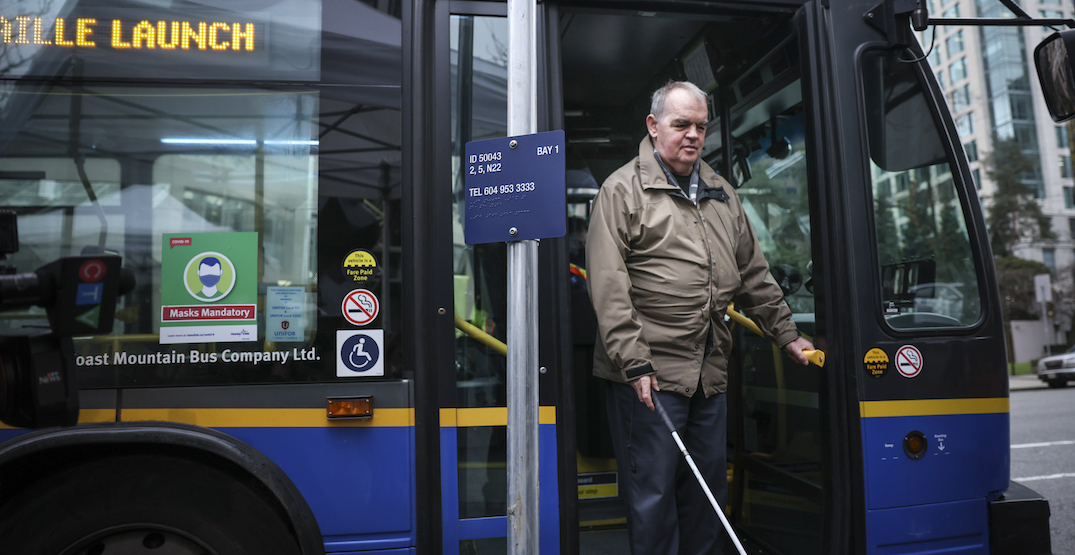