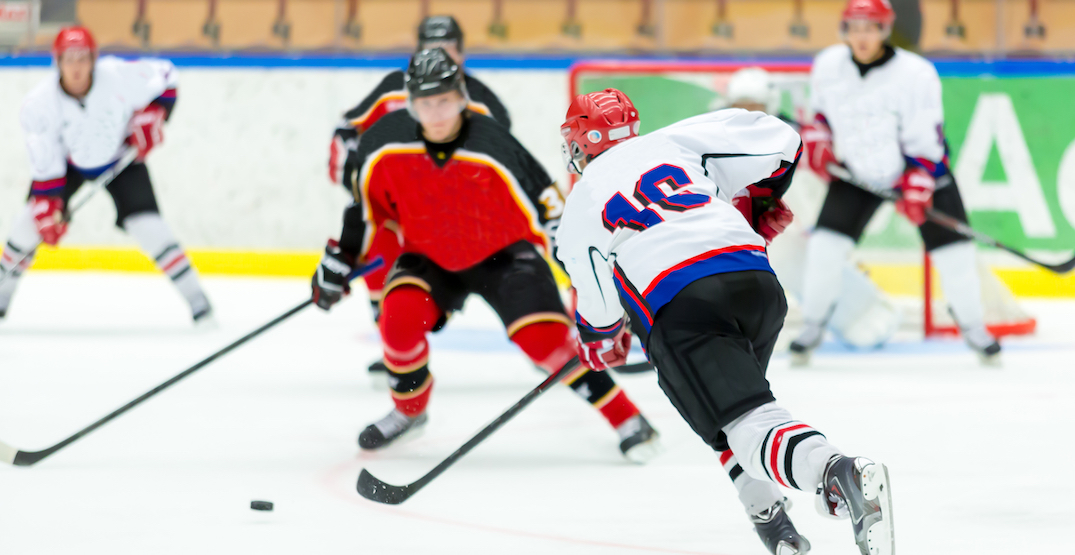 British Columbia unveiled its plan for reopening the province on Tuesday. The guideline is described by health officials as a “slow and gradual return,” and includes an expansion for social and physical interaction, as well as reopening different sectors of the economy.

BC’s restart plan is divided into four steps. In order to progress further into the restart plan, factors such as COVID-19 case counts, hospitalizations and deaths, and vaccination levels will be taken into account.

Approximate dates have also been provided for when the province will move to the next steps, although health officials stress that the plan “will be guided by data, not dates.” 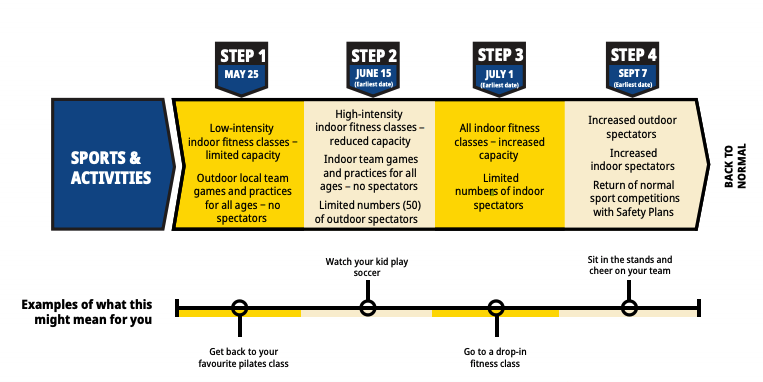 Here’s what BC’s restart plan looks like for organized team sports for all ages, as well as fitness classes and other activities:

Starting May 25, low-intensity indoor fitness classes that were suspended during BC’s circuit breaker will be allowed to return. This includes activities such as yoga or pilates classes, and they’ll return with limited capacity.

The province will be looking to expand and allow for high-intensity indoor fitness classes in Step 2 of BC’s restart plan, which could come as early as mid-June.

Outdoor team sports for all ages

As of May 25, games and practices may resume for outdoor team sports (soccer, tennis, etc.) for all ages, although no spectators will be allowed. Activity will also have to remain local.

Indoor team sports for all ages

The provincial government is targeting a return to practices and games for indoor team sports of all ages in mid-June. Similarly, participants will be required to stay local and no spectators will be allowed.

By mid-June, BC’s restart plan hopes to allow for up to 50 spectators at outdoor team sports. For example, parents would be able to watch their children play soccer.

Indoor spectators will be permitted as part of Step 3 of BC’s restart plan, with further increases in early September.

“By September, we should be in the place where we can have indoor spectators, outdoor spectators, and return of normal sports competitions with those important safety plans in place,” Provincial Health Officer Dr. Bonnie Henry said.