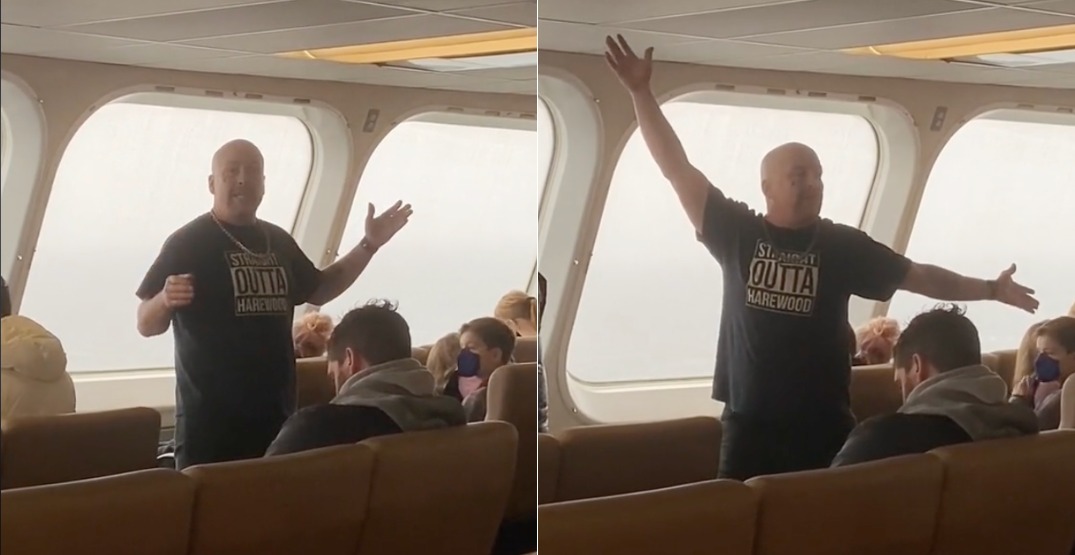 Trips on BC ferries don’t usually come with free comedy.

But one jokester, who calls himself the “unofficial mayor of Nanaimo” for his involvement in the community, had something else in mind for travellers.

“Today I tried stand-up in front of a captive audience on BC Ferries,” said Peter Hudson in one of three TikTok videos, which had about 18.5K views at 11 am on April 6.

Hudson, most recognizable for his raspy voice, teardrop tattoo, and love for the word “bro,” put out a “part 2” video as well, which got the most views he’s ever seen at 494.8K.

So did the people laugh? Not really, and it was awkward to watch.

In the first video he posted of the routine, he called it a “public service announcement” about his hometown.

“You really find that small-town feel, especially when you go to an AA meeting, bro. Is it really anonymous when you’re related to three-quarters of the people there, bro?”

In the second video, he talked about how “industrial” the toilets are on BC ferries.

“Then I ate ferry food and it all made sense, bros,” he said.

At least the guy holding the cameras snickered.

Finally, in the third video, he told the crowd what it was like to grow up on Vancouver Island.

“You go to Victoria to get a job and get educated. You go to Nanaimo and Duncan to get wasted, okay? You go to Port Alberni to give up. You go to Tofino to find yourself,” he said, with jazz hands.

“You go to Parksville to get away from your two grandkids learning how to play pickleball, and you come to Qualicum to die.”

Then he walked off stage with admirable confidence.