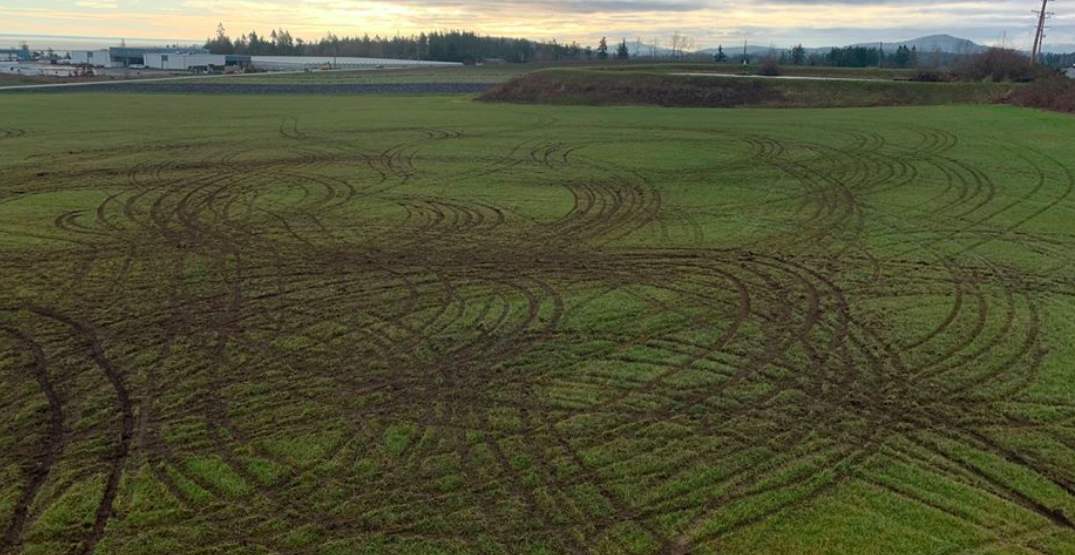 A Vancouver Island farm says it has lost “thousands of dollars” of revenue after vandals used trucks to destroy its hayfield.

In a Facebook post, Longview Farms said two trucks got stuck in their hayfield. Authorities were called, the individuals were caught, and tow trucks arrived to pull them out.

“It wasn’t until the light of day that the extent of the damage became fully visible,” said Longview in the post.

“This represents thousands of dollars in lost revenue and field maintenance and repairs. It is a terrible example of ignorance and disrespect.”

Longview says they are now unable to cut hay, because it will cause damage to the equipment.

“Please spread the word that this type of senseless ‘fun’ is at a farmer’s expense,” said the farm.

“It has far reaching effects that make an already challenging industry harder to manage. This is a direct attack on farmers and their livelihood and needs to stop. It needs to stop now.

Daily Hive has reached out to Central Saanich police for more information.