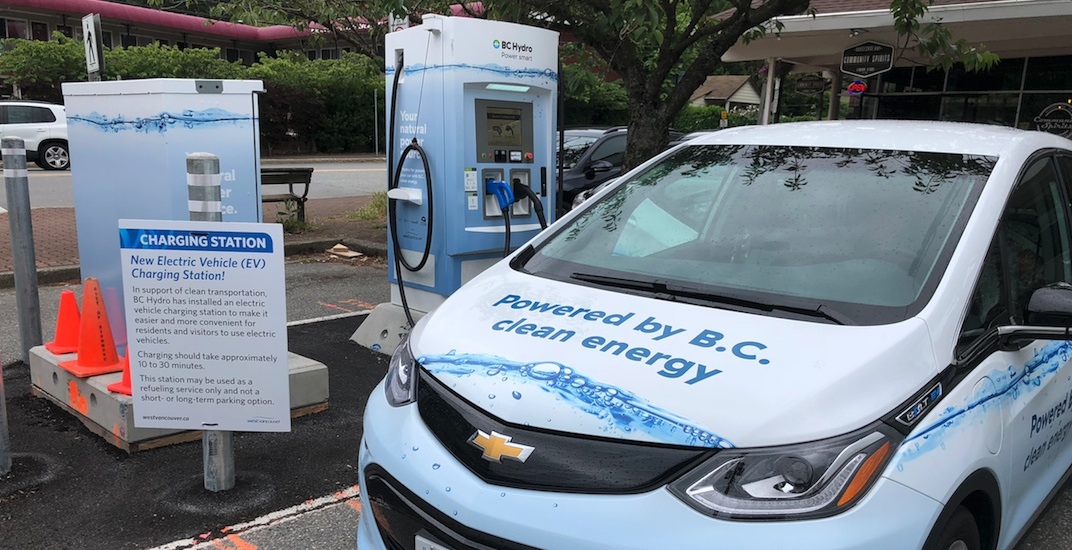 There are now more places to charge an electric vehicle across the southern area of the province, effectively making the ownership of such zero-emission vehicles much more convenient and reducing the ‘range anxiety’ of longer road trips.

Earlier today, BC Hydro announced it has opened 28 new fast charging stations, including 13 stations within the Lower Mainland. The locations of these stations strategically allows drivers of electric vehicles to take their car from Tofino to the BC-Alberta border.

The chargers are called “fast” as they are designed to charge an electric vehicle’s battery to 80% in 30 minutes or less.

The latest completions represent the second phase of BC Hydro’s station additions, on top of the 30 stations that were finished in 2016.

“We’re very pleased to provide this network of fast chargers to encourage electric vehicle drivers to get out and explore BC this summer,” said Chris O’Riley, BC Hydro President and Chief Operating Officer, in a statement.

“Electric vehicles are a great option for British Columbians looking to reduce their impact on the environment because we generate 98 per cent clean electricity. They also help lower their driving costs by around 75 per cent.”

Here is the full list of the newest electric vehicle charging stations in the province:

BC Hydro says the charging sessions at the existing stations have increased by 63% over the last year, and demand is expected to grow exponentially over the coming decade.

The electric utility built its first stations in 2012, and it has future plans to add new stations in the northern areas of the province.

Earlier this year, the City of Vancouver joined the City of Richmond by approving a new policy that requires all new residential parking stalls be built with an electric vehicle charger.