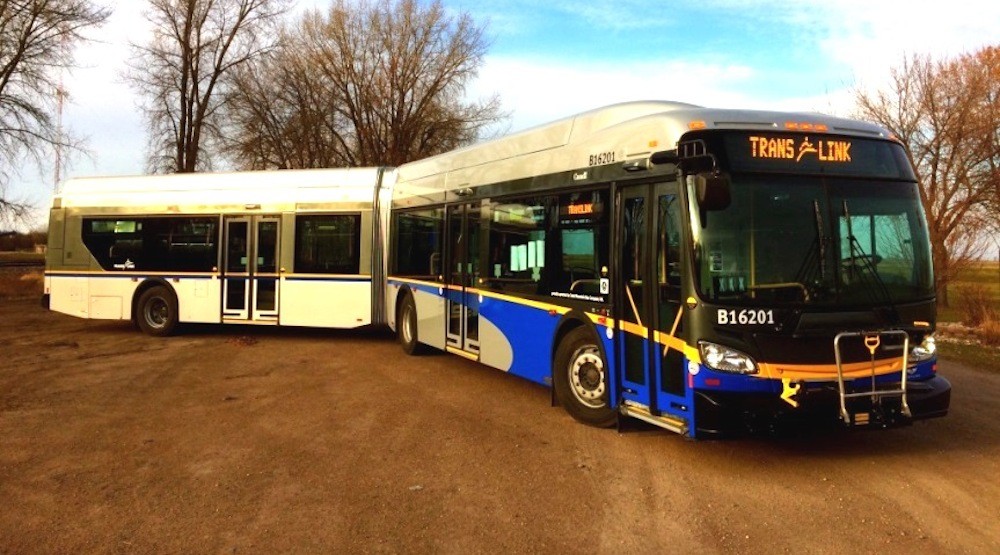 Metro Vancouver’s public transit bus fleet will grow by 26 buses this month, replacing some of the buses that were first used during the era of the now-defunct 98 B-Line between downtown Vancouver and Richmond.

TransLink says all of the new fleet additions are the New Flyer XDE60 model of hybrid diesel-electric, 60-foot-long articulated buses, which will be based at the Burnaby Transit Centre. All of the buses are air conditioned, which is a recently implemented standard by the pubic transit authority for all new bus orders.

These buses replace diesel articulated buses that first went operational 17 years ago and use 17% less fuel. TransLink has 1,500 bus vehicles, and the latest additions will increase the hybrid bus fleet size to 252 vehicles.

The new orders will be utilized on the 95 and 99 B-Lines as well as route 44.  A 60-foot-long, three-door articulated bus has a capacity to carry 100 passengers while a traditional 40-foot-long, two-door bus can carry about 70 passengers.

More buses are needed to meet the targets of the Mayors’ Council regional transit expansion plans, which include the approved and funded plan of introducing five new B-Line routes before the end of the decade.