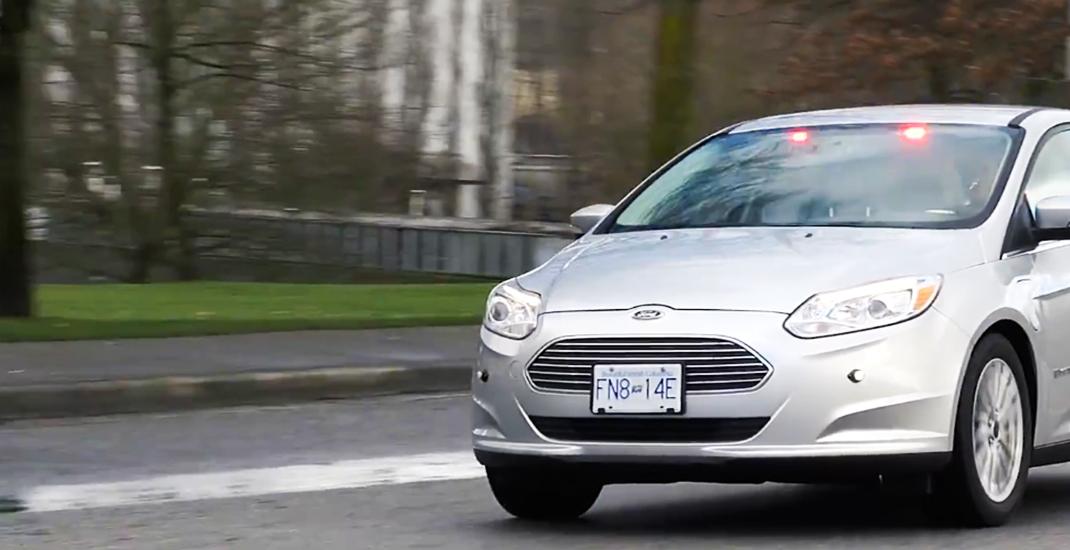 After announcing last year it would be adding new fully electric vehicles to its fleet, the Vancouver Police Department (VPD) has now unveiled the new rides.

In total, the VPD has added 20 pure electric Ford Focus hatchbacks to its fleet, which will replace 20 gas-powered ones currently being used.

“We work with the City of Vancouver to look for practical ways to reduce the VPD’s environmental footprint,” said Rob Rothwell, the VPD’s fleet manager. “We are taking steps to reduce emissions, and are adopting zero emission vehicles where they match our needs.”

The new electric cars will be unmarked (ie: ghost cars) and will be used by detectives and  administrative staff. They will also be equipped with sirens and emergency lights.

“We are thrilled to see the VPD replace 20 gas-powered cars with the same number of all electric vehicles that are green, clean and quiet,” said Doug Smith, the city’s director of sustainability.

“These new electric vehicles will positively impact Vancouver by reducing both air pollution and greenhouse gases.”

A fully-charged Focus has a range of approximately 185 kilometres, using a 107-kilowatt electric motor powered by a 33.5 kilowatt hour lithium-ion battery. It takes five and a half hours to achieve an 80% charge.