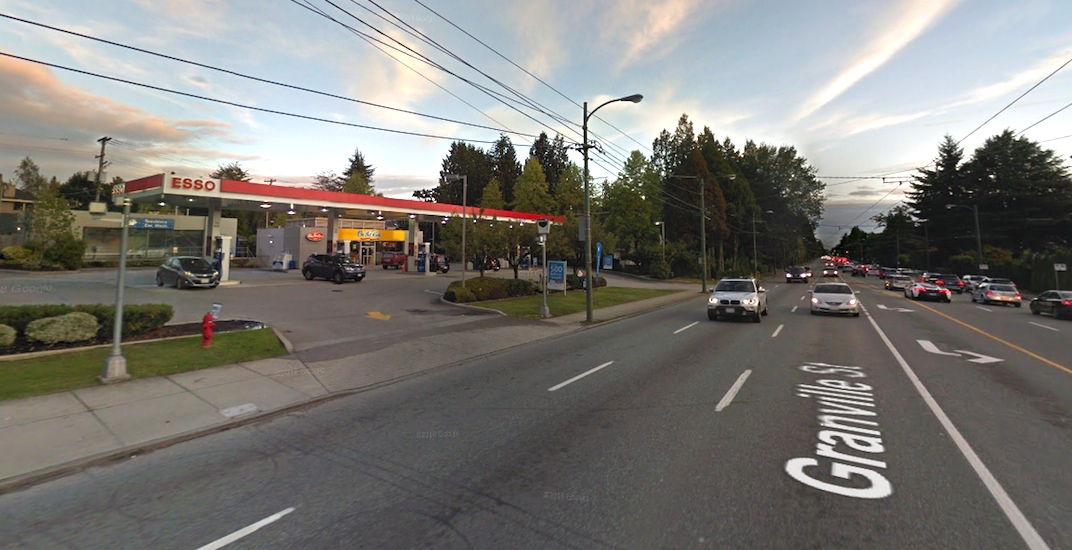 It is about to get more difficult for drivers of gas-powered vehicles to conveniently fuel up their tank.

According to Colliers International, the properties can be acquired altogether as a portfolio, in groupings, or individually.

This 16,787 sq. ft. gas station property is located along the Arbutus Corridor – on the southwest corner of the intersection of Arbutus Street and West 16th Avenue, right across from the Arbutus Ridge redevelopment with Loblaws City Market. With rezoning, it could be replaced with a building up to six storeys. Its latest estimated value by BC Assessment is $10.166 million.

Located on the southeast corner of the intersection of Granville Street and West 41st Avenue, the 27,559 sq. ft. lot can be replaced with a building up to 3.5 storeys with rezoning. BC Assessment’s latest assessed value pegs the property at $16.271 million.

Under the recently approved Cambie Corridor Plan, this 17,276 sq. ft. site at the northeast corner of the intersection of Oak Street and West 49th Avenue could be redeveloped with a new building up to 12 storeys. The latest assessed value by BC Assessment is $11.871 million.

This property is located on the northwest corner of the intersection of North Road and Austin Road – right on the municipal border between Burnaby and Coquitlam.

It has the highest redevelopment potential of the four gas station sites, given the immense size of the site at 56,560 sq. ft. and its adjacency to SkyTrain’s Lougheed Town Centre Station, a major interchange station for the Expo Line, Millennium Line, and buses serving the Tri-Cities.

Under the Master Plan for the Lougheed Town Centre Core Area, the redevelopment potential would also match the scale of the emerging town centre hub, which will be completely redeveloped with over two dozen towers reaching up to 60 storeys in height.

Its latest estimated value by BC Assessment is $22.629 million.

Chevron also divested eight of its properties within Vancouver over the past two years, including the highly profitable West Georgia Street location near Stanley Park and a handful of locations in the Vancouver Westside. Both 7-Eleven and Chevron are finding more value in the real estate of the properties than continuing their use as retail gas stations.

All of this coincides with Metro Vancouver’s record high gas prices, which are expected to climb even in the summer. And there is, of course, a growing trend towards electric vehicles.

The growth in electric vehicles will continue to be exponential over the coming years, based on market forecasts by Simon Fraser University’s (SFU) Energy and Materials Research Group.