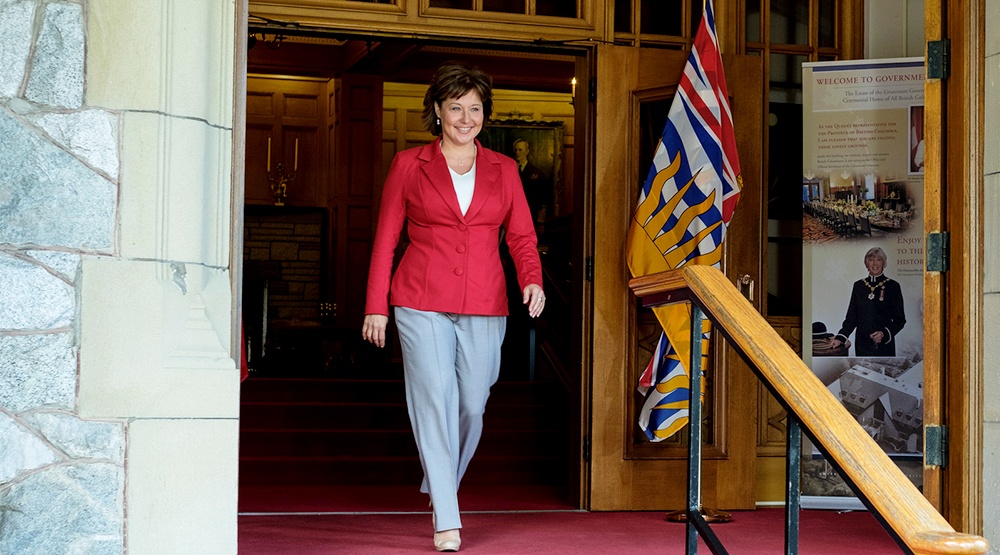 Christy Clark in Victoria in April 2017 (Province of BC/Flickr)

On the eve of the provincial election, a new Mainstreet/Postmedia poll paints Christy Clark and the BC Liberal Party as the ones poised to win a majority government once again.

The poll found that “despite a statistical tie in support,” a Liberal majority government is a likely outcome of tomorrow’s vote.

The poll surveyed 1,650 British Columbians on May 5 and 6, and was conducted in four ridings “that we believe are bellwethers,” Mainstreet president Quito Maggi said in a release. These four ridings included:

“It’s 2013 all over again,” Maggi said. “Our final poll finds the NDP and Liberals in a dead heat – but despite the statistical tie in support, we’re expecting a Liberal majority government on Tuesday night.”

For the NDP to win, Maggi added, “they would need to be leading by substantially more given the inefficiency of their vote, with a statistical dead heat, we expect Liberal incumbents will be able to pull themselves over the finish line.”

However, it’s important to remember the new figures don’t set the election outcome in stone, he said. “With the poll having finished on Saturday, and the voters moving towards the Liberals in the closing day, it’s likely the Liberals could pick up another point or two in support.”

Maggi added that while Clark herself is “a talented campaigner,” it was also her team that, for the most part, “ran an efficient, targeted, and effective campaign. She is the Comeback Kid, all over again.”

“Best night ever” for Green Party

“While the Greens are set for their best night ever, it will be a tough slog to official party status,” Maggi said. “Our riding poll of Saanich North & the Islands indicates that Adam Olsen may be able to pull off a victory – where other pick-ups may come from is tough to say.”

Despite the Greens being in line for these “best-ever results,” the party is at the mercy of the first past the post system “which does not reward support a mile wide and an inch deep.”

“It looks as though the NDP are facing a disappointing finish and will need to reassess what to do in the future,” Maggi said.

As for the party itself, Maggi said theu have run a “decent” campaign.

“They have not made some of the same mistakes that his predecessor Adrian Dix made in 2013.”

Not making big mistakes however, “is not the yardstick by which campaigns looking to uproot incumbent governments are measured.”

Maggi said that Horgan’s debate performances were received largely positively, but his favourability with voters, and his inability to shake his “angry” reputation, “will ultimately serve to keep him in the Opposition Leader chair,” Maggi concluded.