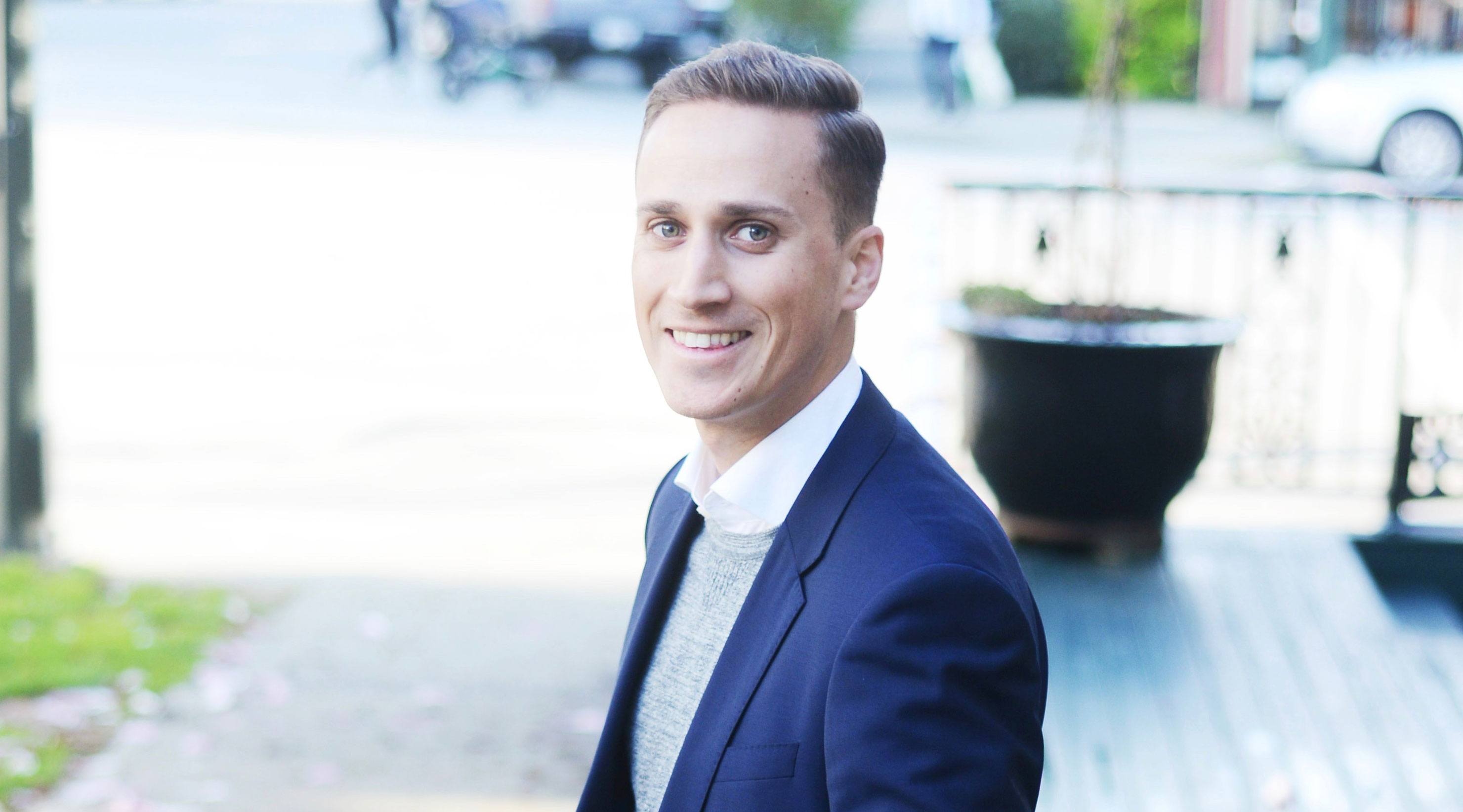 Here, James Lombardi, 32, who is running for the BC Liberals in Vancouver-Point Grey, shares his story and political advice for young voters.

I’m born and raised in BC, and I spent the last 10 years in the charitable sector at Free the Children, and WE Day, really trying to empower the next generation to be leaders and global citizens.

We accomplished a lot there; we inspired and empowered 2.4 million young people to raise $62 million for 4,000 different charities, but you can only move the needle so far on the charitable scale at the end of the day.

I want to make an even bigger difference in government.

And when I look at this community here in Point Grey, I see a real opportunity to get us a seat at the table, so we can deliver solutions to the challenges that we face.

So I was excited to put my name in the ring and I’ve been working hard ever since I got nominated last July.

I get asked that question sometimes, especially coming from the social justice and charitable sector. I sort of liken it to my experience at Free the Children.

We could have all the big lofty goals in the world, but if we didn’t have a sound business plan, a growing organization and revenue in the coffers, we wouldn’t be able to accomplish any of it.

I’ve been out in front of ridesharing for a long time in this party.

I stood on the floor of our convention in November and pushed forward a resolution that the entire party adopted to say, “If we want to be seen as an innovative province, we need the same sort of innovation and choice in our transportation.”

And I was really proud, in early March, when the BC Liberals committed to bringing in ridesharing by the end of 2017.

It’s been really challenging to get a clear answer from the other parties.

You can agree or disagree with the policies and the vision of the BC Liberals, but you’ll always know where we stand.

And on this issue especially, we’ve been incredibly clear.

We’re feeling really confident heading into the final days of the campaign, people are really quick to forget that Point Grey was BC Liberals-held for 17 straight years.

This year, once again, we have a real horserace on our hands, we’re neck-a-neck for lawn signs, we’re hearing so much enthusiasm on the doorstep.

After 16,000 door knocks and our third pass through the entire riding, we’ve seen our fair share of doors, so we’re optimistic for May 9.

We may very well be looking at a change here in Point Grey.

Most people don’t realize what a young riding Point Grey is. It’s actually 50% under 35, we’ve got UBC here, there are a lot of young families, so it’s important to me, to sort of present their voice in Victoria.

We’ve got three MLAs under the age of 40 right now, yet we’re the biggest generation in the workforce, we’re going to inherit all of the challenges.

People refer to us as “the lost generation.” I hear every single day that young people won’t engage, can’t engage, don’t engage.

But I think if you want to get young people out to the ballot box, and engaged in the political process, you need to speak to the issues that matter to them.

I think there’s a lot on the table from the BC Liberals for young people, but regardless we’ve been working hard to just get young people out to vote and to make their voices heard in this election.