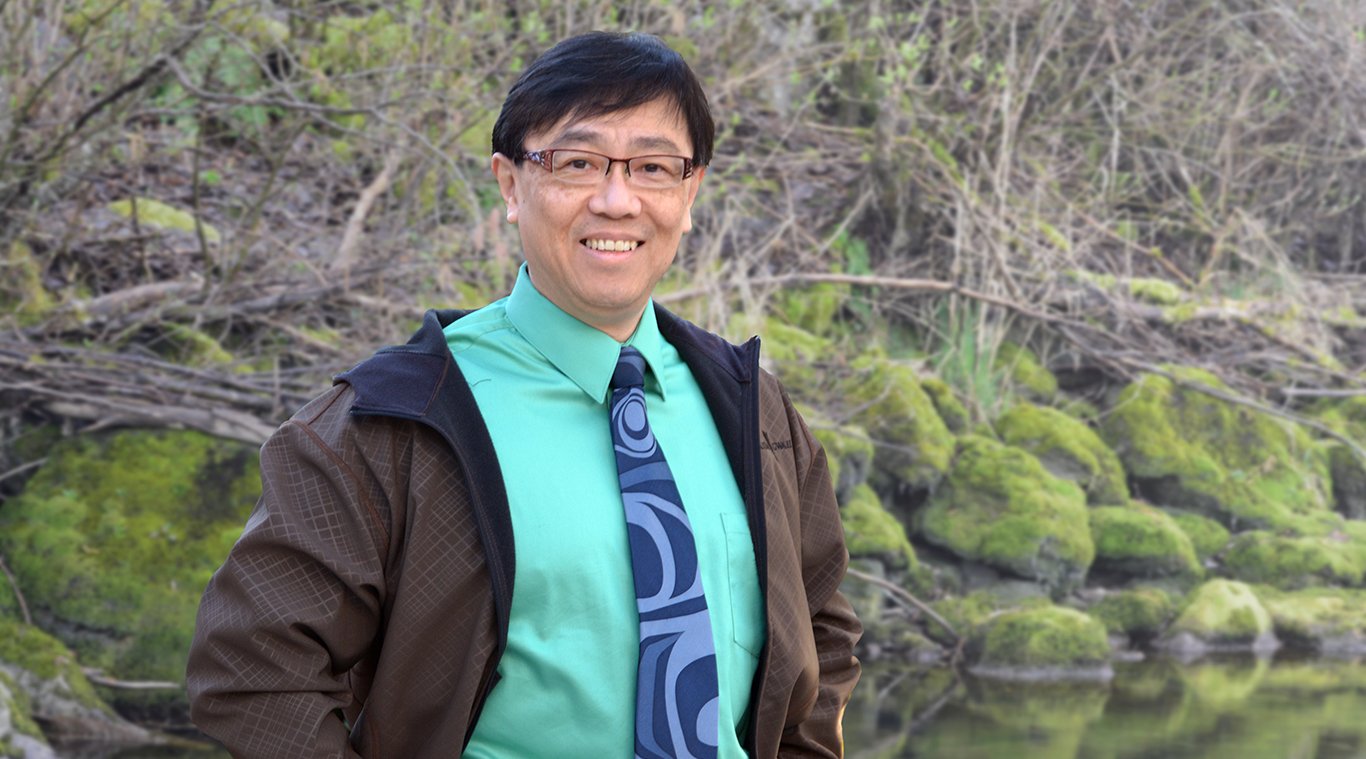 Here, David Wong, 58, who is running for the BC Greens in Vancouver-Hastings, shares his story and political advice for young voters.

My family has been in North America since the late 1800s, we drifted northward and ended up in Vancouver about the turn of the century in the 1890s.

My ancestors worked on the CPR railroad, so we have a bit of a claim to helping build Canada and we live in East Vancouver.

That’s five generations – six now with my kids. So that’s where my heart is. In East Vancouver, born and raised.

I’d been trying my best to affect some change for a long time. I always saw myself as a troublemaker, I’m not afraid to speak my mind. But nothing really seemed to change.

I grew up with both my parents working really hard, my dad worked the sawmills over in Port Alberni and mom was home raising four kids, she took on three or four jobs.

I fell into the wrong crowd, but I was lucky. I had elders who showed me the right path and I became an architect.

I started doing work with First Nations communities to help them build housing and I got inducted as an honorary witness by the Truth and Reconciliation Commission of Canada.

Long story short, elders from the Chinese community and our First Nations community asked me, “Why don’t you take this another step further and see if you can run for office and go to Victoria to help?”

The BC Greens are the only ones who don’t have career politicians and that appealed to me.

I’m an outspoken individual and I want to remain an individual, speak my mind and run to represent my community and my neighbourhood.

They’re doing it because they have a passion, and that appeals to me because we’re driven by one thing and that’s to better our city and our province.

It was a natural fit. I have to follow my heart.

The best thing I like about the Green Party is that they don’t make policy based on soundbites and fluff, it’s all based on evidence.

We have a multi faceted approach, one of which, that I think is really important, is to control the rapid speculation.

It’s not fair to people who live and work here to be penalized by these folks who speculate just for the fun of making money. Homes are for living not for flipping.

We’re also going to stop those who take advantage of the loopholes in our tax system, with the homeowners’ principal residence capital gains exception.

They buy homes, they live there for a few months or a year or so, and then they’ll sell it and not pay any tax on that. That’s really unfair to people who make a house a home.

We’re also going to introduce a more progressive property transfer tax, and slide that scale up to 12% at $3 million+. If you can afford to buy a home at that value, you can afford to contribute to our province.

We’re going to make it fair for everyone. The key thing is a fair policy based on ability, not based on who you know.

We’re also going to stop landlords offering short-term leases and at the end of the lease, they’re sending an ultimatum to the tenants, either pay more or move out.

I know how much of a hassle it is to relocate, so we’re going to introduce an ombudsperson to help mediate so there’s some fairness in it. They can’t just crank up the rent immediately.

It’s been going great. I have to admit it’s a heck of a lot of work. It really brings out my admiration for all candidates and I know how hard they work.

There’s going to be one winner for each riding, which means all or nothing.

After all of this is done, I feel privileged to be able to actually run with incredibly passionate people, who really believe in having a better province and really, really want to make a difference.

These are people who go out there in a thunderstorm and knock on doors for you.

You know why we get what we get in government? Because people always think that their votes don’t count. Young people are the future and they can save the future.

But they think that their votes don’t count. Almost half the people did not vote last time, that means only a quarter of the people voted for the existing government, which is really, really heartbreaking to think about, how there’s so much lack of interest.

And that’s why it is important– because if you don’t vote, you really aren’t shaping your future. So to all young people, I say this: you’ll be amazed to see what you can do.