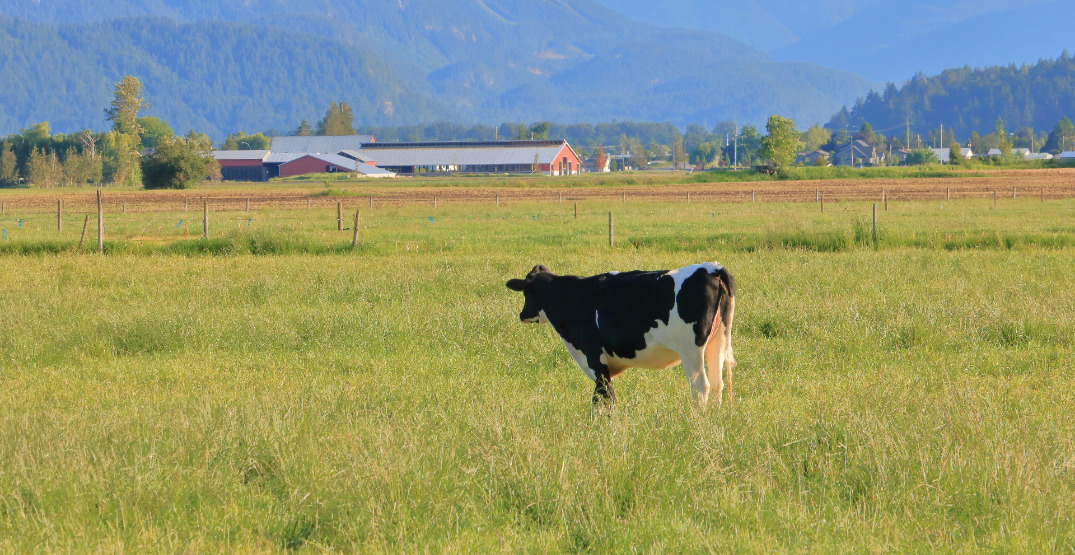 A dairy farm in the Fraser Valley (Eric Buermeyer/Shutterstock)

A BC dairy farm that was being investigated for animal cruelty has had its licence reinstated, “with conditions.”

A notice was made public on the BC Milk Marketing Board website, which states that they’ve concluded their initial investigation into the abuse allegations at Cedar Valley Farms, located in the Fraser Valley. The notice was addressed to the dairy industry at large.

While they’ve confirmed that multiple violations did occur, leading to multiple charges, the licence has been reinstated with a few conditions to continue operating.

BC Milk will also be consulting with an independent veterinarian to conduct regular health and welfare audits at the farm.

Also, all employees and management will have to undergo cattle handling training and sign a cattle care commitment form.

Finally, all employees and management will be required to attend animal welfare training, which will be conducted by an appointed dairy animal welfare expert.

To help with these new conditions, over the next year, Cedar Valley Farms will be subjected to unannounced animal welfare inspections by BC Milk.

“All costs associated with oversight and monitoring of the farm and employees will be incurred by Cedar Valley Farms,” said a statement from BC Milk.

The initial report of abuse was met with outrage from animal advocacy groups, including PETA.

The BC SPCA was originally reviewing over 300 video clips that displayed some form of animal abuse taking place at Cedar Valley Farms. They were also speaking out against a lack of action from the government and the industry at large when it comes to protecting animals from cruelty.

“Unless government and industry step up to do their part, these abuses on BC farms will continue,” said BC SPCA CEO Craig Daniell.