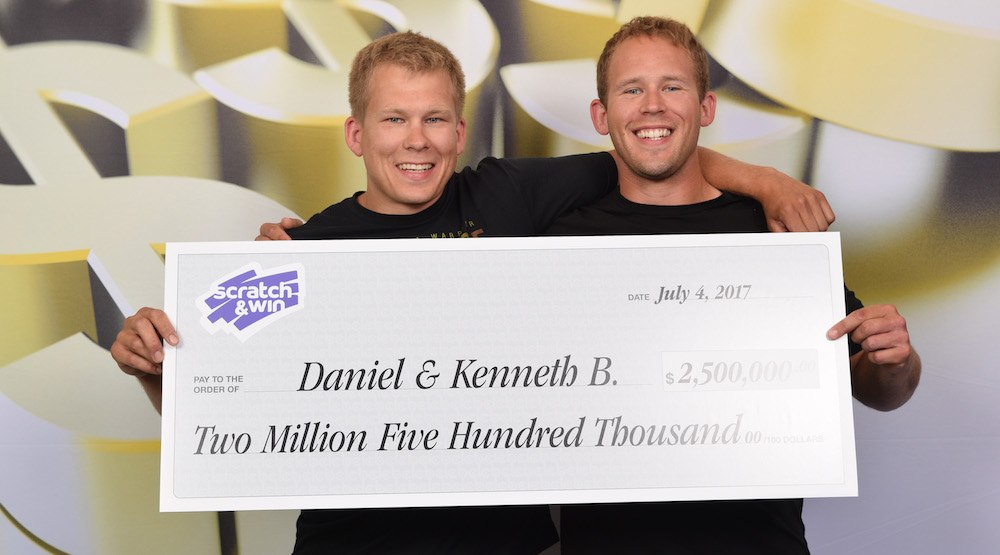 Daniel and Kenneth Boylan with their big win/BCLC Media Relations

Two brothers on Vancouver Island just broke the record for winning the largest scratch and win payout in BC history.

Daniel and Kenneth Boylan bought a $250 Million Golden Treasures Scratch & Win ticket from the South Duncan Bench Road Co-op in Duncan, BC, and proceeded to win the ticket’s grand prize of $2.5 million.

At $250 million, the Golden Treasures Ticket has the largest prize pool ever for a Scratch & Win ticket, so it is no surprise that the winning amount is the largest ever won in BC.

“We haven’t stopped smiling since we won,” Kenneth said in a release. “It’s been nothing but brotherly hugs and kisses. It’s like we’re dreaming.”

Daniel is from Mill Bay, BC, and Kenneth is from Cobble Hill, BC. The brothers plan to stay where they are, though they will be sitting pretty with their big win.

“We live in the most beautiful towns,” Daniel said in the release. “We’re going to buy some property here and develop them.”

It isn’t specified which of the two brothers bought the ticket, nor who was the one to scratch it, but evidently—and thankfully—there was no brotherly dispute between the two upon discovering the win.