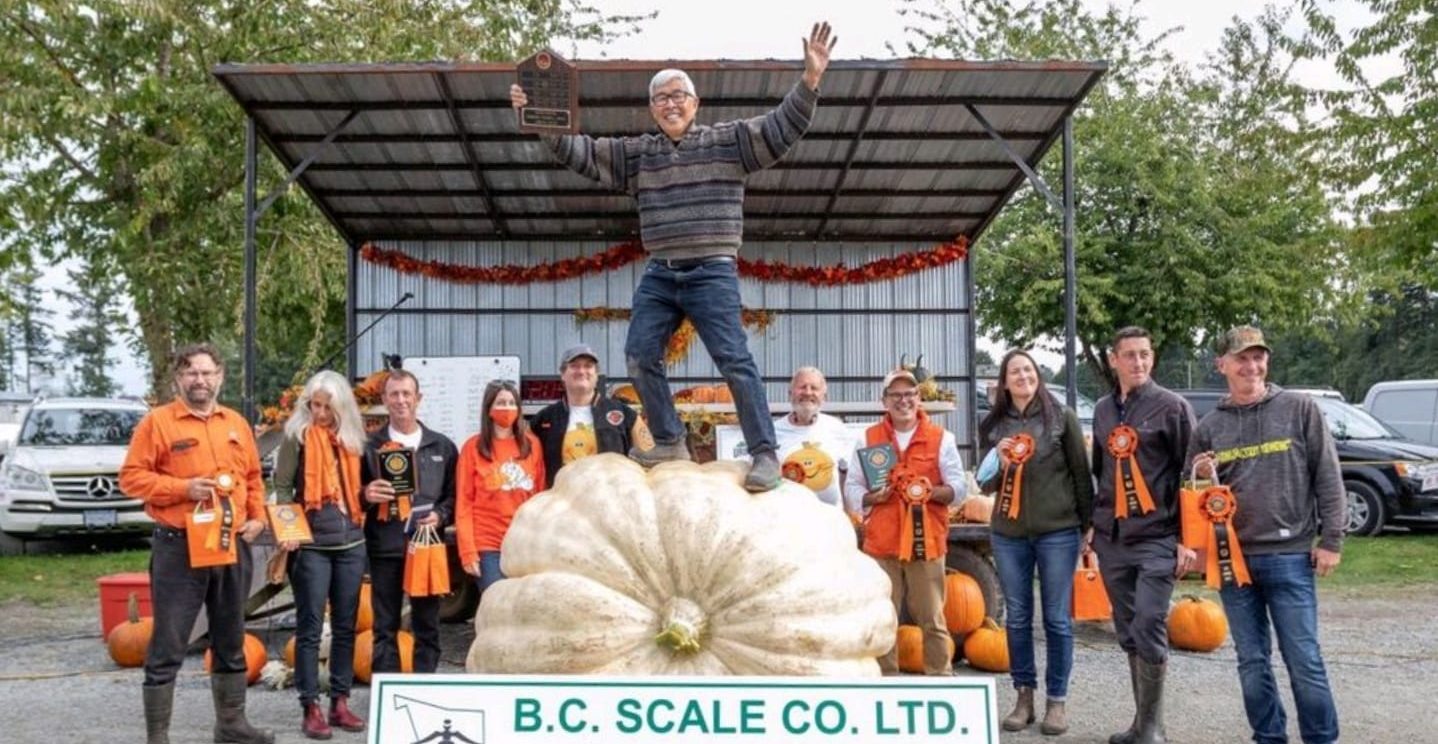 On Saturday, October 2, giant pumpkin growers from all over BC and the Pacific Northwest brought their biggest gourds to enter BC’s Giant Pumpkin Weigh-Off Event at Krause Farms in Langley.

According to Giant Pumpkins British Columbia, the official winner was David Chan whose entrant weighed in at a staggering 1,911 pounds. Giant Pumpkins BC said that’s a new record for the province.

Chan’s pumpkin was originally estimated to be 1,788 pounds, but the official weigh-in proved it was even greater than that.

The second-place entrant tipped the scales at 1,196 pounds, making Chan’s a runaway winner.

Currently, the world’s largest pumpkin titleholder is Stefano Cutrupi who grew a 2,703-pound pumpkin in Italy this year.