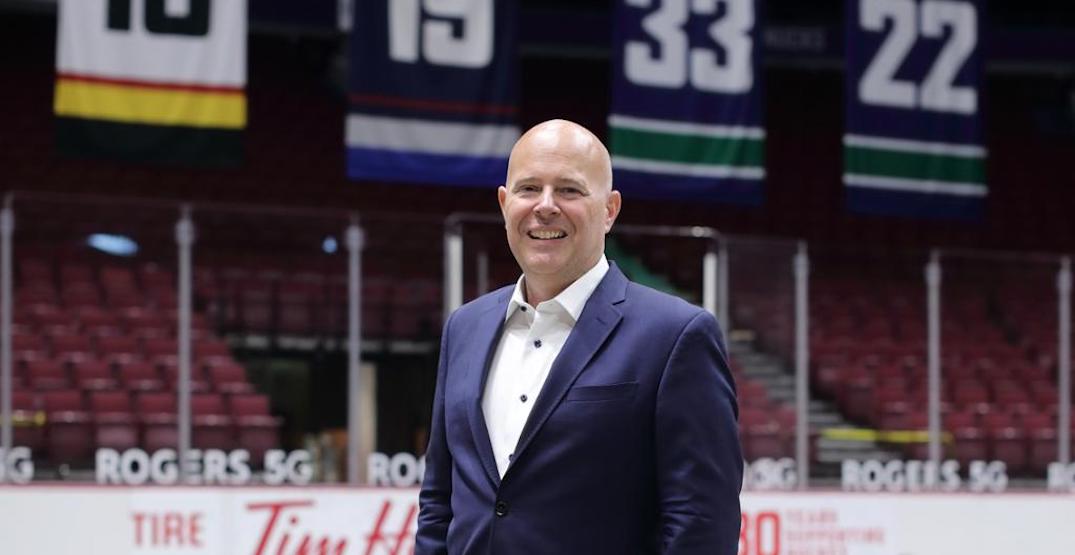 The Vancouver Canucks have a new man in charge of their business operations.

Michael Doyle has been promoted, while current COO Trent Caroll is leaving the organization.

Doyle will lead the senior leadership team, the Canucks announced, as the North Vancouver native has been named President, Canucks Sports and Entertainment, Business Operations. He will report directly to Canucks owner Francesco Aquilini.

“Michael is a strong, driven leader who has extensive experience in the Sports and Entertainment industry,” said Aquilini. “He puts fan experience at the forefront and is always exploring new ways to enhance the excitement and entertainment value for everyone at Rogers Arena. It is a very important year for our organization, our season ticket members, partners and fans. I’m pleased to have Michael leading our team.”

Carroll, who has been with the Canucks’ front office since 2010, is leaving the team at the end of October. He was promoted to COO in November 2019, just as Jeff Stipec left the company.

Bringing in Doyle was done with a “focus on reshaping the organization and enhancing fan experience,” the Canucks said in a media release. Doyle has been part of Canucks Sports and Entertainment’s senior leadership team for the past 10 years, and has served as alternate governor for the past three years. He will also remain President of Toptable Group, the Aquilini-owned hospitality company.

Doyle has 30 years of experience in the sports and entertainment industry, including 10 years with Maple Leaf Sports and Entertainment and six years with the Walt Disney Company.

“It’s an honour and a privilege to lead this great organization, and I’m very grateful to the Aquilini family for the opportunity,” said Doyle. “Canucks Sports and Entertainment has a rich history in BC. As we continue to grow, my priority will be to reshape and rebuild our business operations team as we prepare to welcome fans back to games and events at Rogers Arena and the Abbotsford Centre. It’s an exciting time for CSE and we couldn’t be more excited to feel the energy of the crowds this fall.”