If you’re thinking of putting a new place on your Christmas wishlist, you may want to hold off because rent prices across Canada are still unsurprisingly high.

This month, according to Padmapper, 15 Canadian cities saw an upward trend in the average cost of rent this month, while five decreased, and four remained flat. 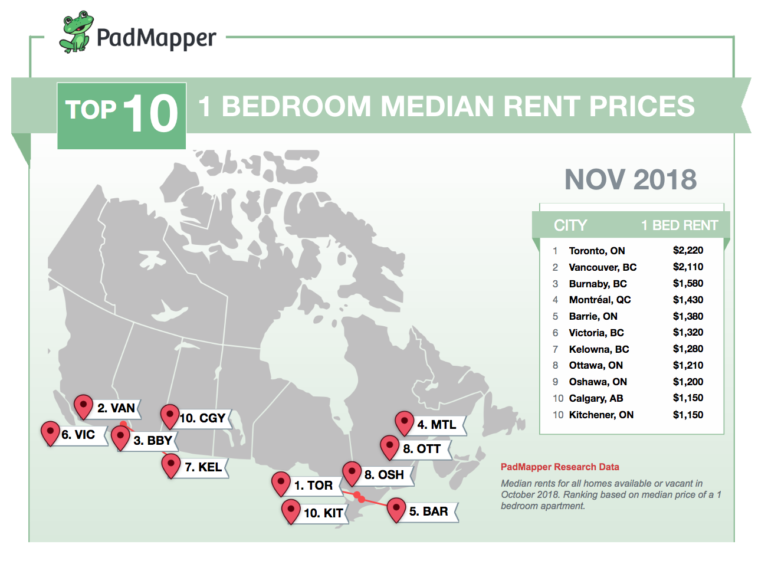 Once again, Toronto took the top spot for the most expensive rent in the country – despite one bedroom rent decreasing 0.4% to $2,220 and two bedroom rents remaining flat at $2,830.

Burnaby, BC, stayed put as the third priciest city in Canada, despite one bedroom rent staying the same October’s prices at $1,580 and two bedrooms decreasing 2.2% to $2,250.

In fourth place, Montreal’s one bedroom and two bedroom rents remained the same as October’s prices at $1,430 and $1,820.

The largest monthly growth rate in the nation took place in Kelowna, BC, where rent for one-bedrooms jumped to $1,280. Two bedrooms saw a 3.2% increase to $1,600.

The battle for the cheapest rent in the country once again goes to Windsor, Ontario, where you can you can rent a one-bedroom suite for a cool $710 per month. 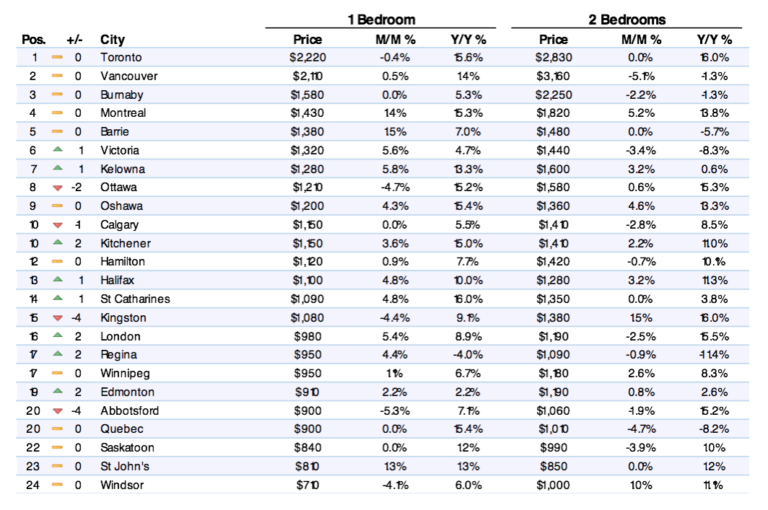