When it comes to achieving the ‘Canadian Dream,’ everyone wants the same few things: an affordable house, low mortgage, and an easy commute to work.

Unfortunately, this is becoming harder to achieve for those who work and want to live in Toronto as sky-high home prices are forcing residents to head outside of the city where the costs of suburban homes are much lower, yet commute times are higher.

It’s a trend called “drive until you qualify,” which is when residents priced out of the Toronto market move further and further into the suburbs until they find housing they can afford and a mortgage they can qualify for.

However, a new study from Canada Mortgage and Housing Corp. (CMHC) has revealed that while a move to the suburbs can save you money on your housing, commuting into Toronto actually “eats into” these savings.

The study, which is called Drive Until You Qualify: Is the Commute Worth It?, explores the trade-off between location affordability and commuting costs in the GTA for those looking to live in 905-areas such as East Gwillimbury, Newmarket, Mississauga, Whitchurch-Stouffville and Caledon. 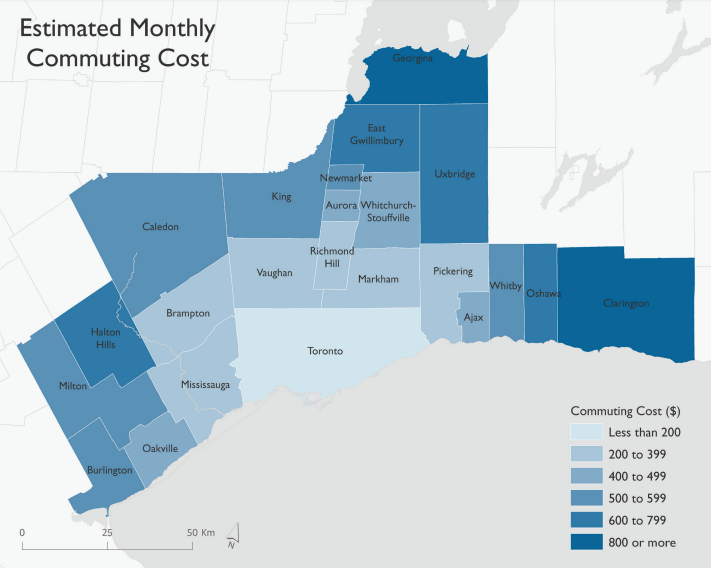 According to CMHC, in 2016, single-detached homes were less expensive in 16 of the 21 GTA municipalities compared to Toronto and generally, house prices fell as their distance from Toronto increased.

“What became apparent is that the cost of commuting from the suburbs eats into savings on housing,” reads the study.

Moreover, the study revealed that in some suburbs, commuting costs actually made living there more expensive than living in Toronto. 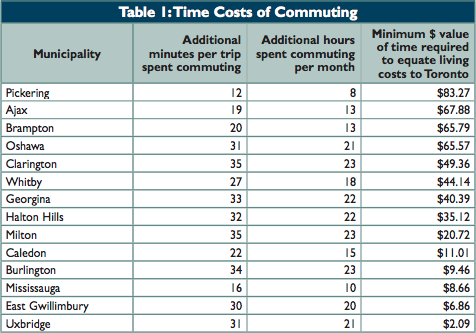 Of the suburbs analyzed, CMHC discovered that many with lower home prices commonly had one-way commute times of up to 60 minutes.

And for some, this can add up to be equivalent of an additional workday per week for the average worker, according to CMHC.

According to data from Statistics Canada, the average hourly wage in the GTA is $26.74, and if you’re to assume workers value their time at the market rate, then commuting can result in a very significant cost for individuals living in the 905 area and working in Toronto.