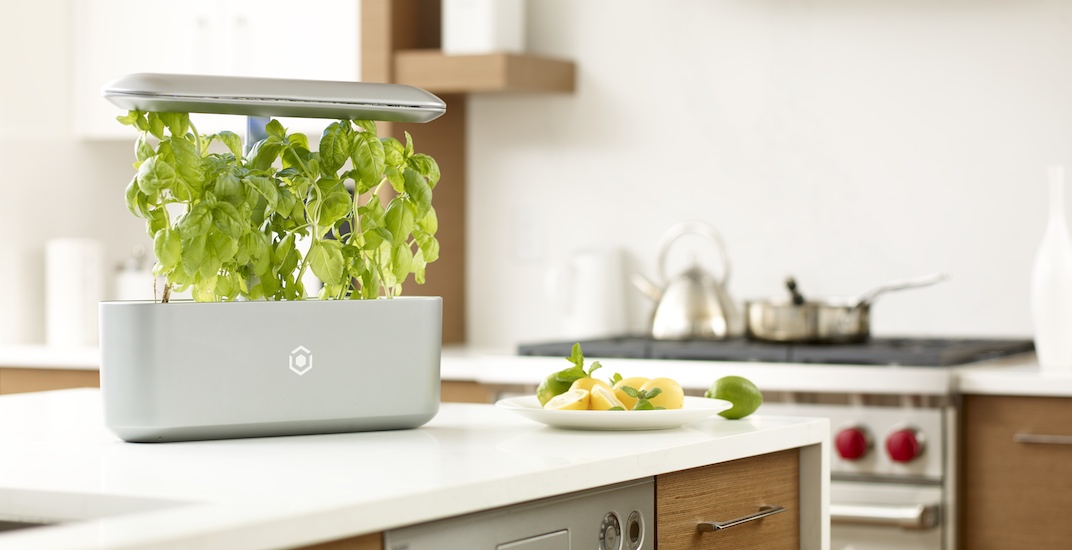 AVA Technologies announced this week it has raised CAD$2.6 million in its first seed round – led by Vanedge Capital – to help launch its new countertop, soilless, smart gardening system.

AVA’s product aims to disconnect people from plastic-packaged produce, and reconnect them back to their food. It uses pre-seeded plant pods that are integrated with a mobile device app to simplify the user’s experience. As well, the pods are deemed to be a sustainable growing option as they are compostable, nutrient-enriched, and non-GMO.

The hardware is sleek-looking and promises to provide fool-proof, year-round growing capabilities, particularly for herbs, vegetables, and tomatoes. There will be more options next year when numerous new crops and product extensions are released.

Capital raised from the seed round will go towards the retail launch of the Byte this year and the expansion of the company’s workforce, according to a release.

This follows AVA’s highly successful crowdfunding campaign last year, which raised USD$132,393 – nearly four times the original target. There is strong retail interest as over 650 units have already been pre-sold through the campaign.

“While consumer hardware is typically not an investment area of ours, AVA is an outlier with recurring sales, proven demand, and a passionate and diverse founding team,” said Vanedge Capital in a statement.

Their company’s roots began with winning a startup competition, and they have won a number of other awards ever since including the Small Business BC Best Innovation Award, FWE Pitch for the Purse Top 3 Finalists, Canadian SheEO Winner, Air Canada Sustainability Winner, Gray’s Pitch Tank Design Winner, and Vancouver Startup Week ‘Most Impact’ Award.

“As a leading Canadian Venture Capital firm with a number of successful exits, Vanedge is an ideal partner as we scale AVA Byte worldwide,” said Song, who is the CEO of AVA. “We’re extremely humbled and excited to have Vanedge as our partner not only to provide us with growth capital and strategic connections, but also as proud supporters of the diverse Canadian tech ecosystem.”