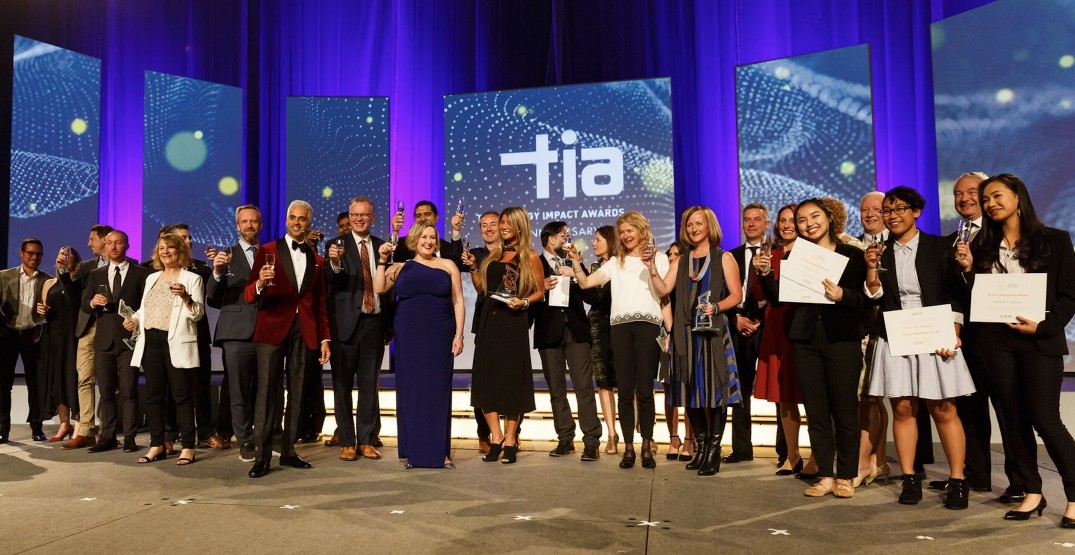 Technology Impact Awards (TIAs) recognized some of the biggest changemakers in the province’s tech industry on June 1, 2018.

Winners were announced in front of a sold-out crowd at the Technology Impact Awards Gala, held at the Vancouver Convention Centre.

“Each year we are blown away by the accomplishments in our growing community, and the visionary companies and individuals who are paving the way forward in tech,” said Jill Tipping, BC Tech President and CEO, in a release.

“This year we had an incredible group of finalists who impressed the judges with the quality and diversity of their achievements. From law to natural resource management to retail, this year’s winners demonstrate that technological advancement is the bedrock for industry success and positive social change. We congratulate all the winners and finalists on their contributions towards building a strong, vibrant future for BC and the world we share.”

The full list of award winners from the 2018 TIA awards include: