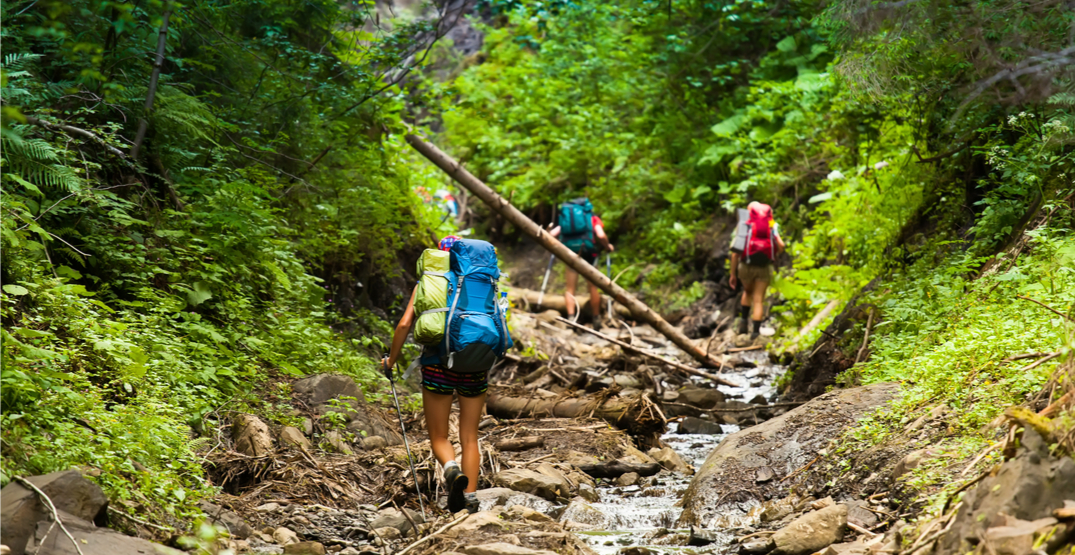 When the school year comes to an end, students across Canada embrace their time off by finding a job to make a few dollars and gain valuable work experience.

Given most student’s lack of professional experience, certain summer jobs are easier to lock down than others as employers are willing to give younger workers a chance.

Popular job site Indeed has published a list of summer jobs that students on break can get fairly quickly, by isolating jobs that specifically mention “summer” in their title. The roles were then ranked by posting volume.

“The end of the school year marks a chance for thousands of young people to find summer work, earning a little extra money and gaining valuable work experience,” said Brendon Bernard, an economist at Indeed Canada.

“Employers are ready and waiting for the surge in job applicants to fill summer positions during the fast-approaching sultry season.”

Of the jobs, the top ranking positions are geared toward teens and young adults likely to return to school in the fall, with student assistant topping the list.

Other top-ranking positions include jobs that require supervising out-of-school children such as babysitters, nannies, camp counsellors, and instructors.

But there’s definitely more to the list than just summer-focused roles including office work, labourers, and maintenance workers.

According to Indeed, here are the best summer jobs in Canada in 2018: 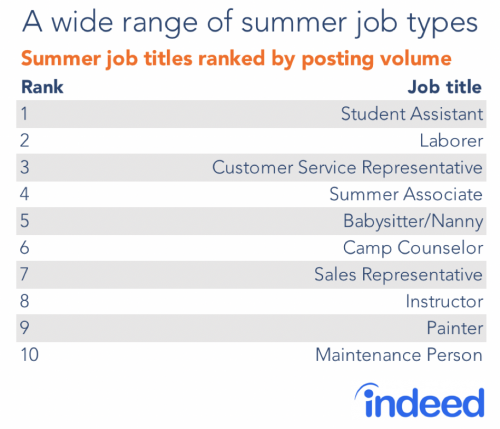 Indeed developed this list by isolating jobs that specifically mention “summer” or “été” in the title.

Indeed excluded summer internships because it found notable differences in what types of work they were for, when and where they were posted, and when people searched for them. Combining the two types of summer work could muddle the results.