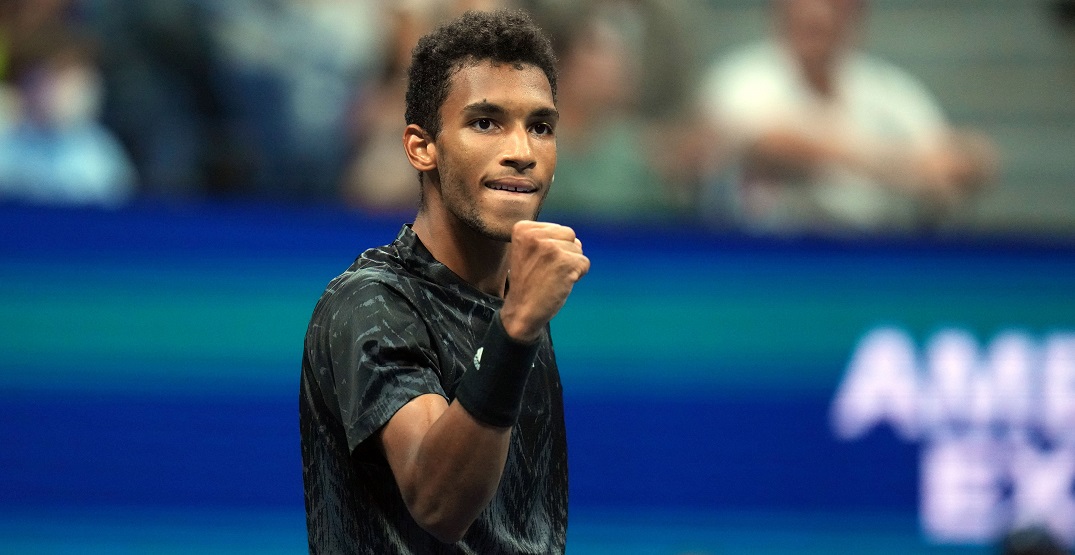 Felix Auger-Aliassime has become the latest Canadian tennis star to make it into the semi-finals of the US Open.

Just hours after 19-year-old Leylah Fernandez advanced to the final four in the women’s singles bracket, the 21-year-old Auger-Aliassime came through with a win in the quarterfinals over Spain’s Carlos Alcaraz.

With Auger-Aliassime up 6-3, 3-1 in the second set, Alcaraz retired due to an apparent injury suffered in the first set.

It is the first Grand Slam semifinal of Auger-Aliassime’s career. His previous best result at a major came at this year’s Wimbledon, where he made the quarterfinals.

It is only the second time in history that two Canadians have made the semis at the same Grand Slam, following Milos Raonic and Genie Bouchard at Wimbledon in 2014.

This is the 2nd time that 2 Canadians – male or female – have reached the semis in the same Grand Slam, joining Milos Raonic & Genie Bouchard at Wimbledon 2014 pic.twitter.com/9TCxvOOWfV

Auger-Aliassime will face Russia’s Daniil Medvedev in Friday’s semi-final. The pair last faced off at the 2018 Canadian Open (then known as the Rogers Cup), where Auger-Aliassime took the first set off the current world No. 2 before falling 3-6, 6-4, 7-6 in Toronto.