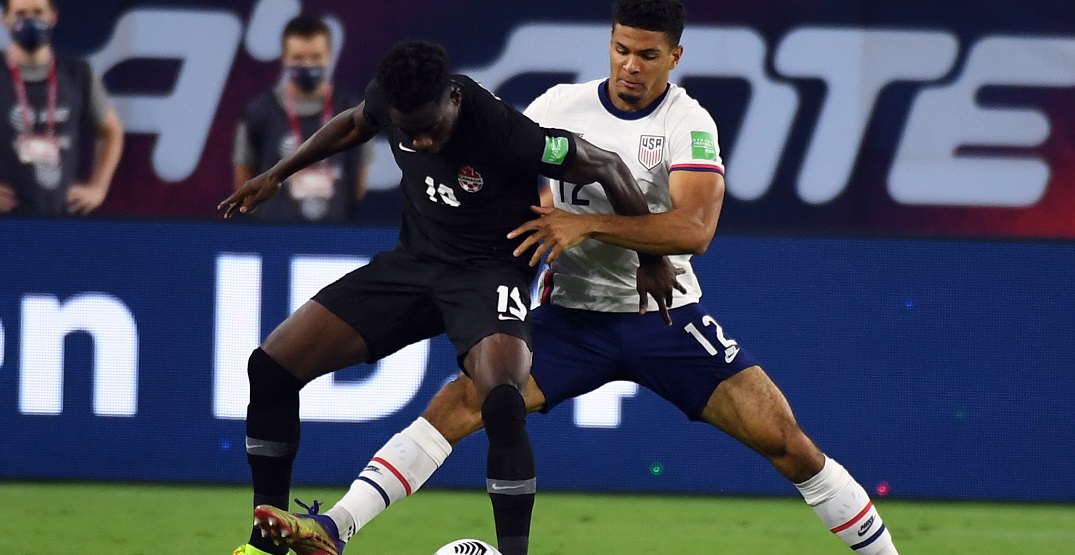 After picking up a knock against USA in a 1-1 draw on Sunday evening, Davies is heading back to Munich for an MRI tomorrow. Davies was pulled for an injury sub in the 76th minute against the Americans, but the specifics of the injury are not yet known.

“Alphonso Davies is currently on the return journey to Munich. An MRI scan is scheduled in the morning,” Bonke’s tweet’s translation reads. “It is currently expected that the injury will not be too bad, as Davies says he only received one blow.”

He had been among Canada’s most dynamic players in World Cup qualifying so far, providing an assist on  Cyle Larin’s goal against the Americans.

Canadian head coach John Herdman confirmed that Davies did not train on Tuesday, and would provide a further update on his injury later Tuesday or early Wednesday. However, he said that Davies “is still with the team.”

Canada has two points through its first two games in the final round of CONCACAF qualifying for the 2022 FIFA World Cup taking place in Qatar.

Wednesday’s match against El Salvador is set for 7:30 pm ET/4:30 pm PT at Toronto’s BMO Field. Canada’s next set of World Cup qualifying matches are lined up for October, with matches against Jamaica, Panama and Mexico.