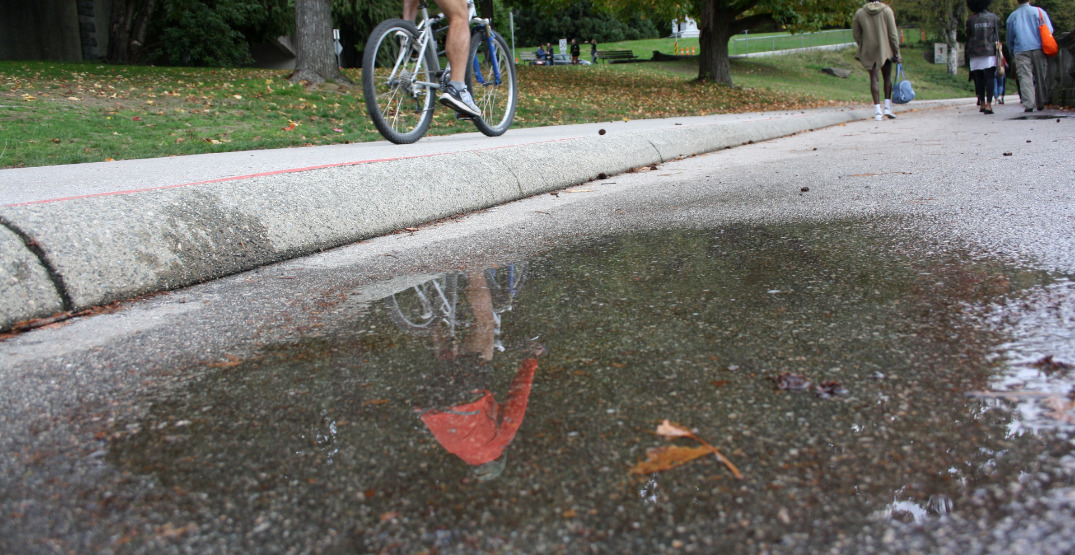 A puddle reflects a cyclist in Vancouver. (Wirestock Creators/Shutterstock)

It’s been a while since the term atmospheric river has floated around, but Vancouver and many parts of BC will be hit with heavy rain on Thursday thanks to the weather phenomenon.

The last atmospheric river to hit Vancouver was back in January of this year, and that weather event brought flood warnings with it.

The Weather Network is once again warning that floods will be a possibility thanks to heavy rain and snowmelt.

Vancouver alone could be hit with 30 to 55 mm of rain, meanwhile other parts of the province like Whistler are forecast to see up to 75 mm of rain. 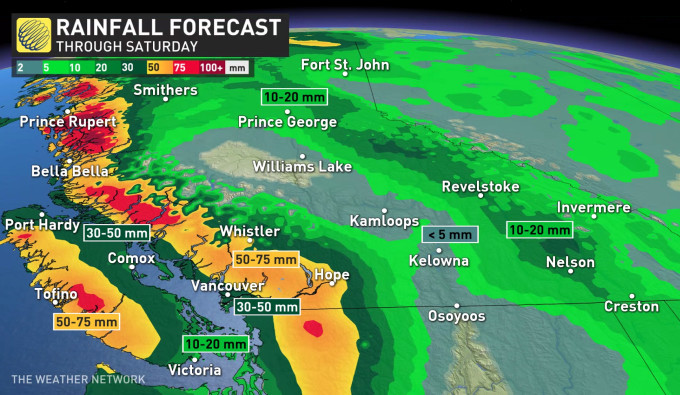 The Weather Network says that the rain “will come down at quite a clip during the afternoon and evening hours.”

“Snowpack remains significantly above normal for this time of year, with snowpack measuring 150-160 percent of normal across the South Coast and Vancouver Island,” The Weather Network said in a statement.

Freezing levels are expected to jump from 2000 to 3000m “as the atmospheric river pushes over BC, leading to a swift snowmelt.”

This could lead to localized flooding in some areas.

Following wet hell on Thursday, the forecast for the rest of the week isn’t significantly better.

Environment Canada is also calling for a wet few days, before the sun comes out on the weekend.

Atmospheric rivers were to blame for the extensive floods which caused destruction to many parts of the Fraser Valley last year.