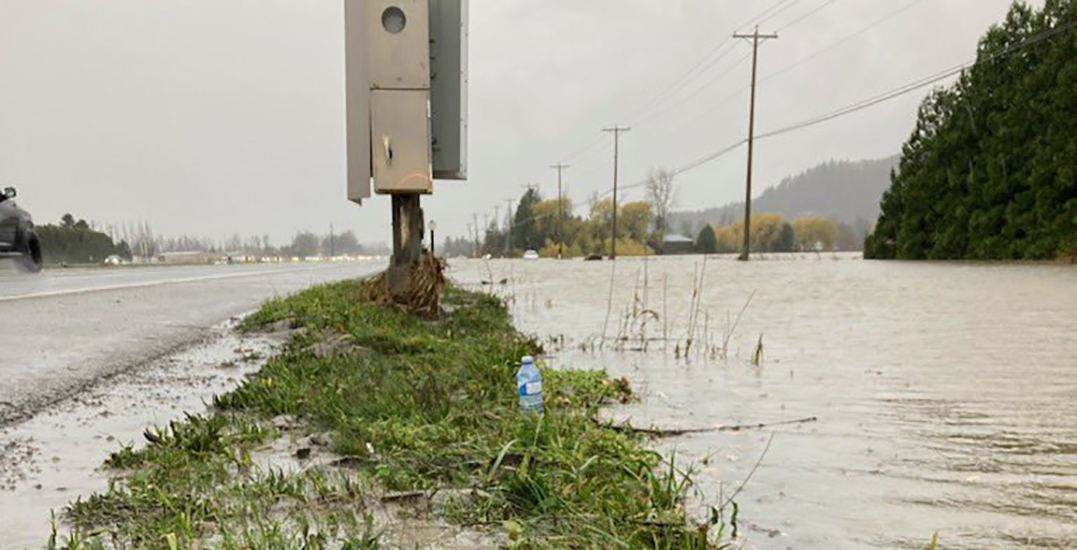 Water levels rising in the Fraser Valley (BC Transportation/Twitter)

BC is coming up to the peak of its flood season and officials say residents of areas prone to flooding should be ready to evacuate if necessary.

The cool, wet spring BC has experienced thanks to La Nina’s influence has delayed snowmelt around the province. The thicker-than-normal snowpack means high flood risk.

By now, usually, half of the winter snow would have melted, but this year only 20% has. BC is sitting at 160% of usual snowpack.

Dave Campbell with the River Forecast Centre said we’re three to four weeks behind schedule when it comes to snowmelt and there is record snowpack in the Fraser Valley right now.

Heading into summer carries a risk of a quick melt and major floods. Campbell said communities are vulnerable to heat, which would melt snow quickly, and also rain, which would cause already at-capacity rivers to overflow.

“It’s a critical window. Over the next two to three weeks with rivers full, we are vulnerable to any extreme weather pattern that might emerge,” Campbell said.

The last time BC has snowpack like this was back in 2012.

Emergency Management BC pointed out that with COVID-19 restrictions lifting more people are travelling, meaning commercial accommodations don’t have as many vacancies as they did last year. Pader Brach, executive director with EMBC, advised residents to contact friends and family who might be able to house them in the event of an evacuation.

An atmospheric river is set to dump up to 70 millimetres of rain on some parts of the province this week, capping off a spring that’s felt more like fall. 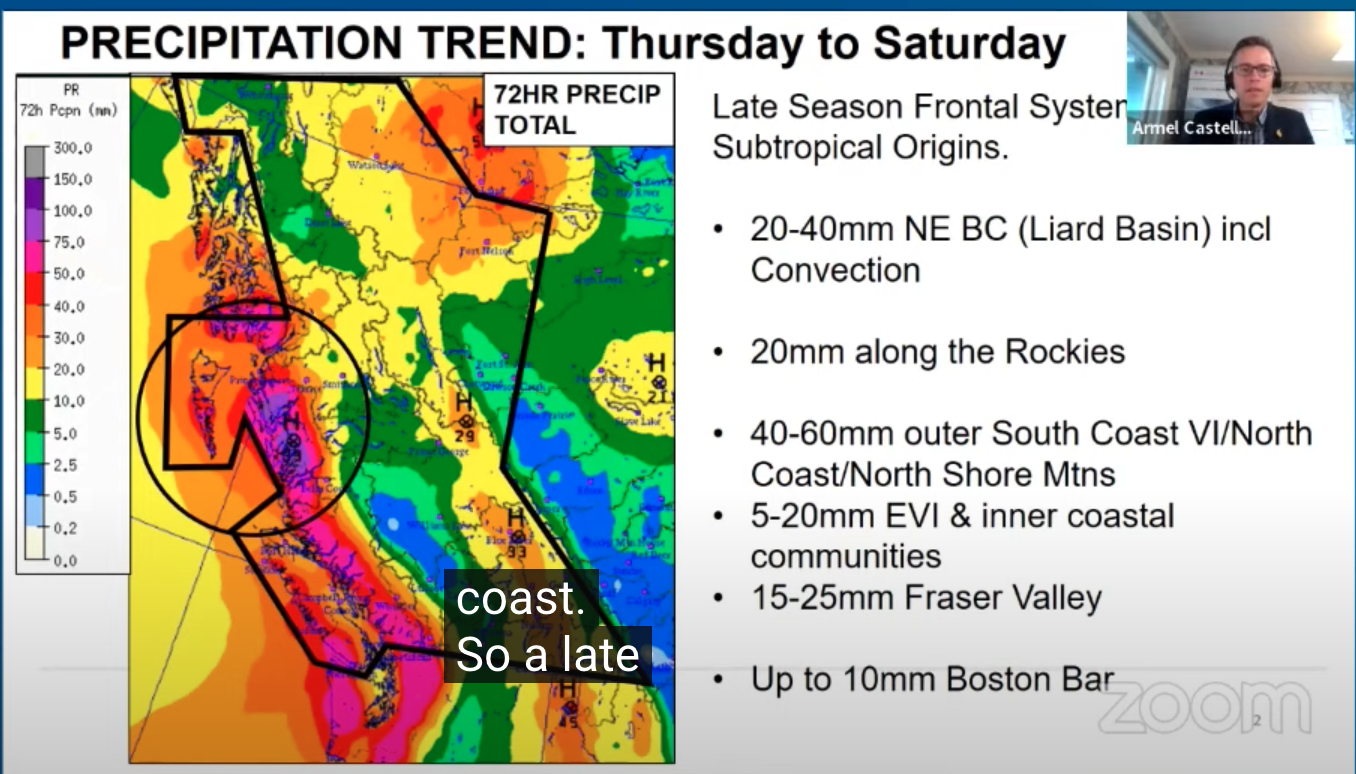 Meteorologist Armel Castellan with Environment Canada forecasted temperatures would remain below seasonal through at least June 16. 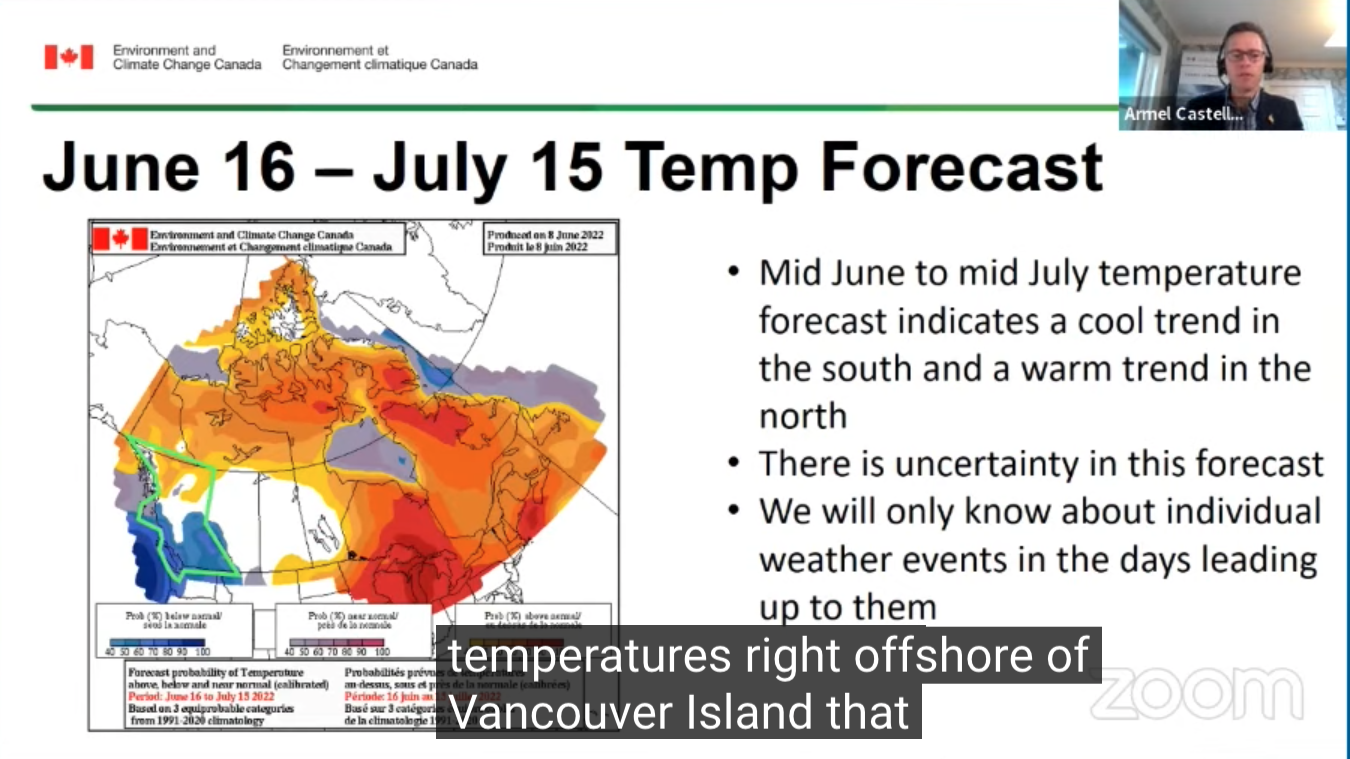 There’s already a flood warning in place for the Liard River and other areas of the Interior and Rockies are at risk of flooding, too.

Atmospheric rivers were to blame for the extensive floods which caused destruction to many parts of the Fraser Valley last year.