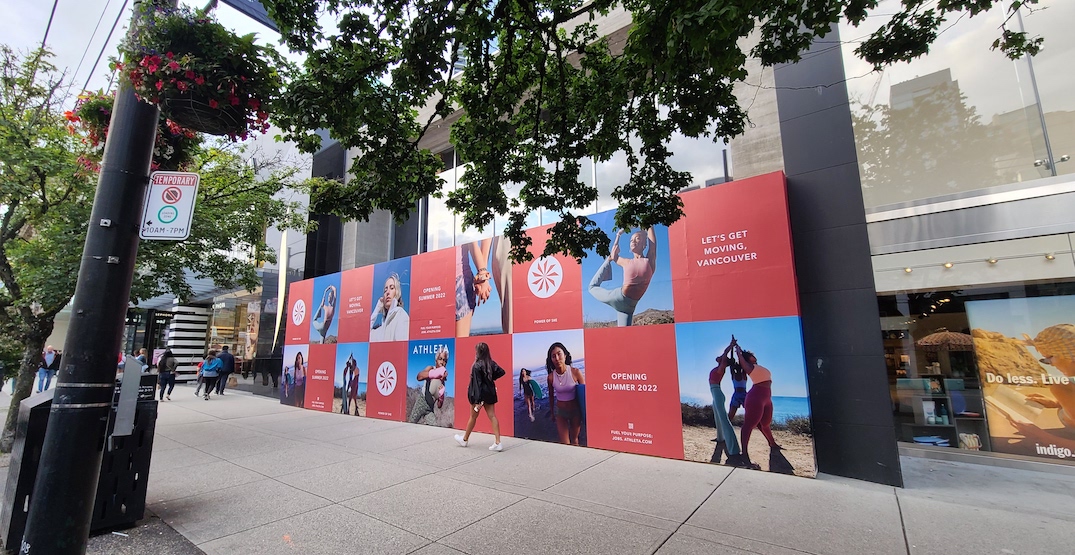 Vancouver’s first Athleta store is taking over the ground-level retail units at 1035 Robson Street, previously occupied by Miniso and Little Burgundy. This mid-block location is wedged between Sephora and Indigo.

The location is slated to open this summer.

The retail space on the building’s second level forms a part of the Indigo store, specifically a former Starbucks location, which closed during the pandemic. A new replacement cafe concept will take its place.

The sub-label of Gap, which focuses on performance lifestyle apparel for women and girls, operates more than 200 stores across the US.

With offerings including yoga tights and bras, as well as performance and lifestyle outerwear, the brand sees Vancouver as the right first stop as it expands across the country and tries to disrupt and take on established athleisure brands with a foothold in the city, like Lululemon. 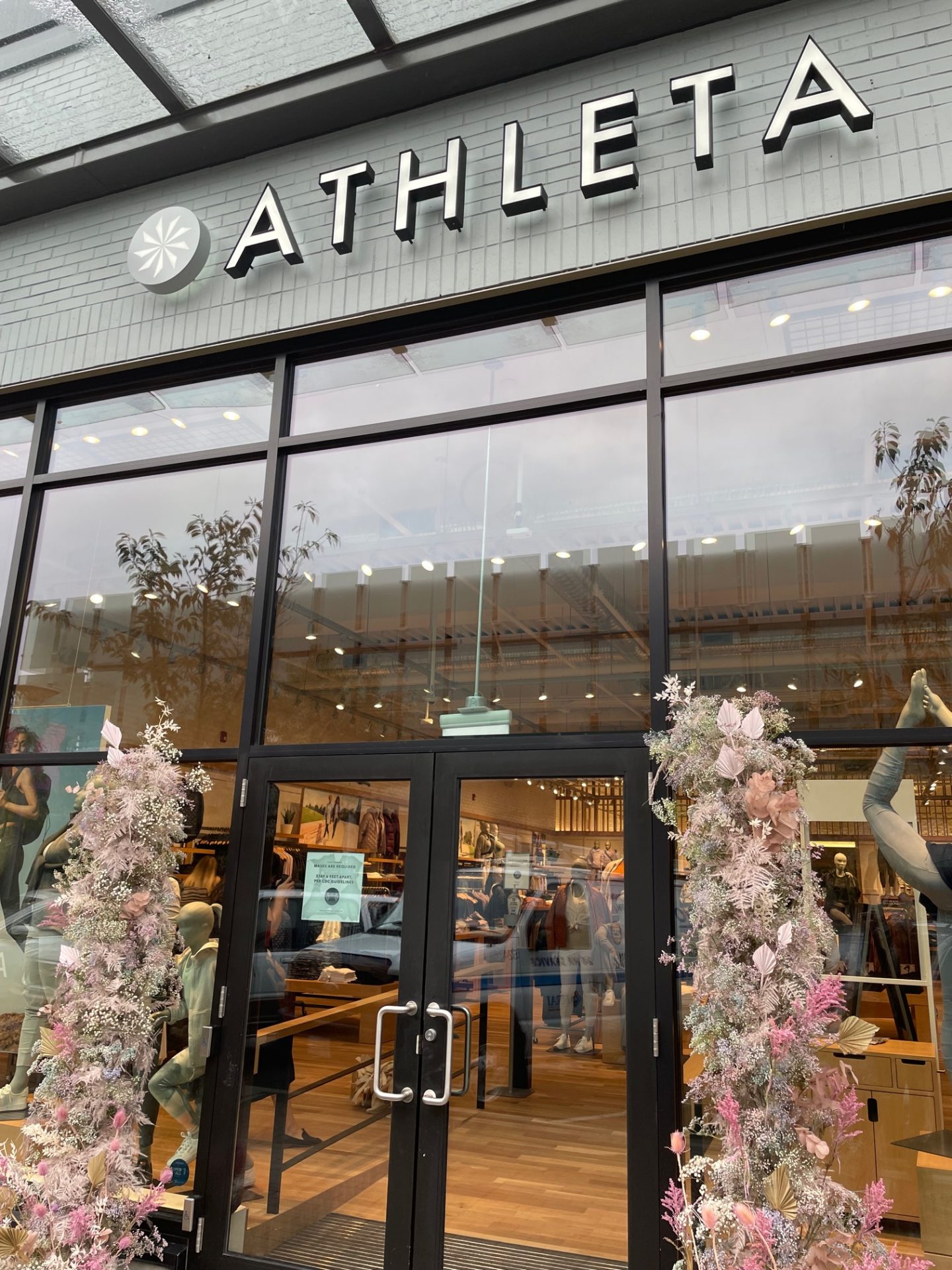 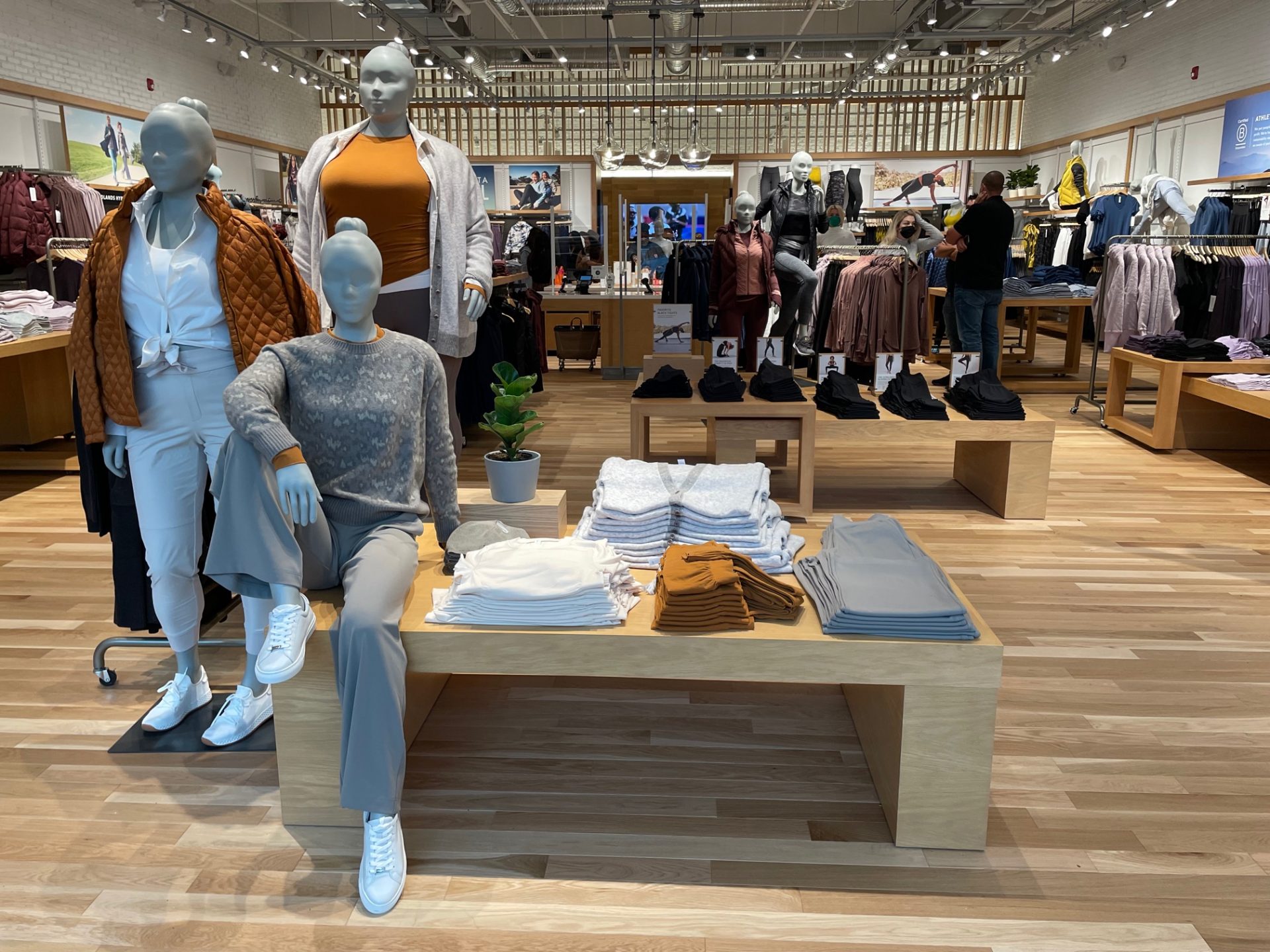 This marks the return of a third Gap-owned retailer on Robson Street, following the closure of the longtime Gap store in 2017, which was replaced by the Muji flagship store later that year.

In 2019, Gap also closed its store inside CF Pacific Centre as part of its pre-pandemic strategy of closing hundreds of store locations of its iconic namesake main retail brand.

Other Gap-owned retailers on Robson Street include Banana Republic at Thurlow Street and Old Navy at Granville Street.

Globally, only the Athleta and Old Navy brands have expanded in locations in recent years, while Banana Republic saw a slight downsizing.

Later this summer, Lululemon will also be reopening its flagship store at the corner of Robson and Burrard streets following a renovation that provides it with a complete transformation.