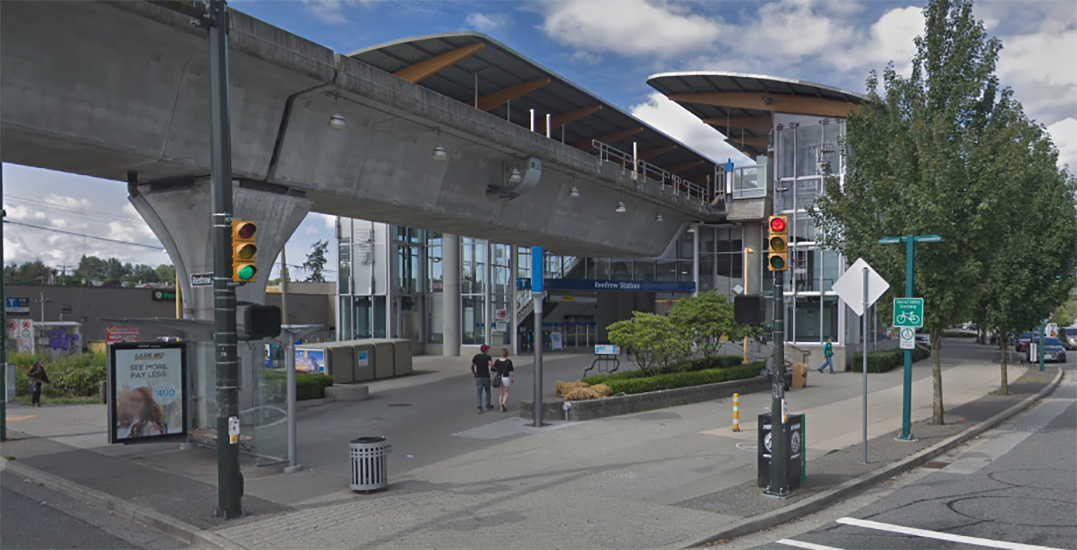 Police are investigating a disturbing incident in which an older woman was assaulted while riding the SkyTrain.

Metro Vancouver Transit Police say that this happened on November 23 at approximately 6 pm. The victim is an Indigenous woman who was on a train towards Renfrew Station.

She was allegedly attacked after picking up a coat that was on the ground of the SkyTrain car and placing it on an empty seat next to another woman.

“The woman sitting beside the empty seat took exception to this, became angry and started yelling and swearing,” Media Relations Officer Sergeant Clint Hampton told Daily Hive. “She stood up and threw the coat at the victim before allegedly striking the victim multiple times in the head.”

The victim was treated at the SkyTrain station by paramedics before being taken to the hospital.

“This is a very troubling incident,” Hampton added. “Metro Vancouver Transit Police are working hard to quickly identify the suspect.”

Transit Police Indigenous Liasion Officer Constable Kirk Rattray recently attended the hospital to check on the victim and liaise with her sister. The victim was given a medicine pouch that contained a mixture of tobacco, sage, cedar, and sweet grass.