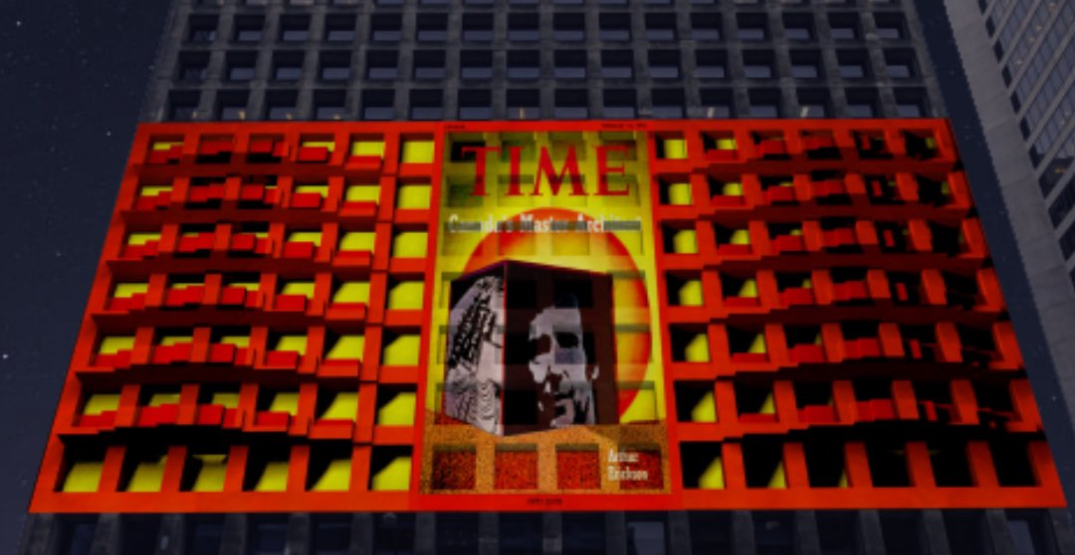 A major office tower in the heart of downtown Vancouver will become a giant outdoor canvas for a week.

“Erickson Revealed” is a week-long visual experience kicking off on Thursday, September 23, and running until September 29, 2021.

It is a free show that honours the work by Arthur Erickson – one of the most iconic Vancouver architects.

The 3D light show will bring the exterior of the MacMillan Bloedel office tower. You can catch the displays for free each night from 8:30 pm to 10 pm.

The digital media will be provided by Go2Productions, who have also transformed the exterior of the Vancouver Art Gallery and more in the past.

The 10-minute-long show will play on a loop, and the best place to watch it is from 1075 West Georgia Street. Here’s a sneak peek at what you’ll see: 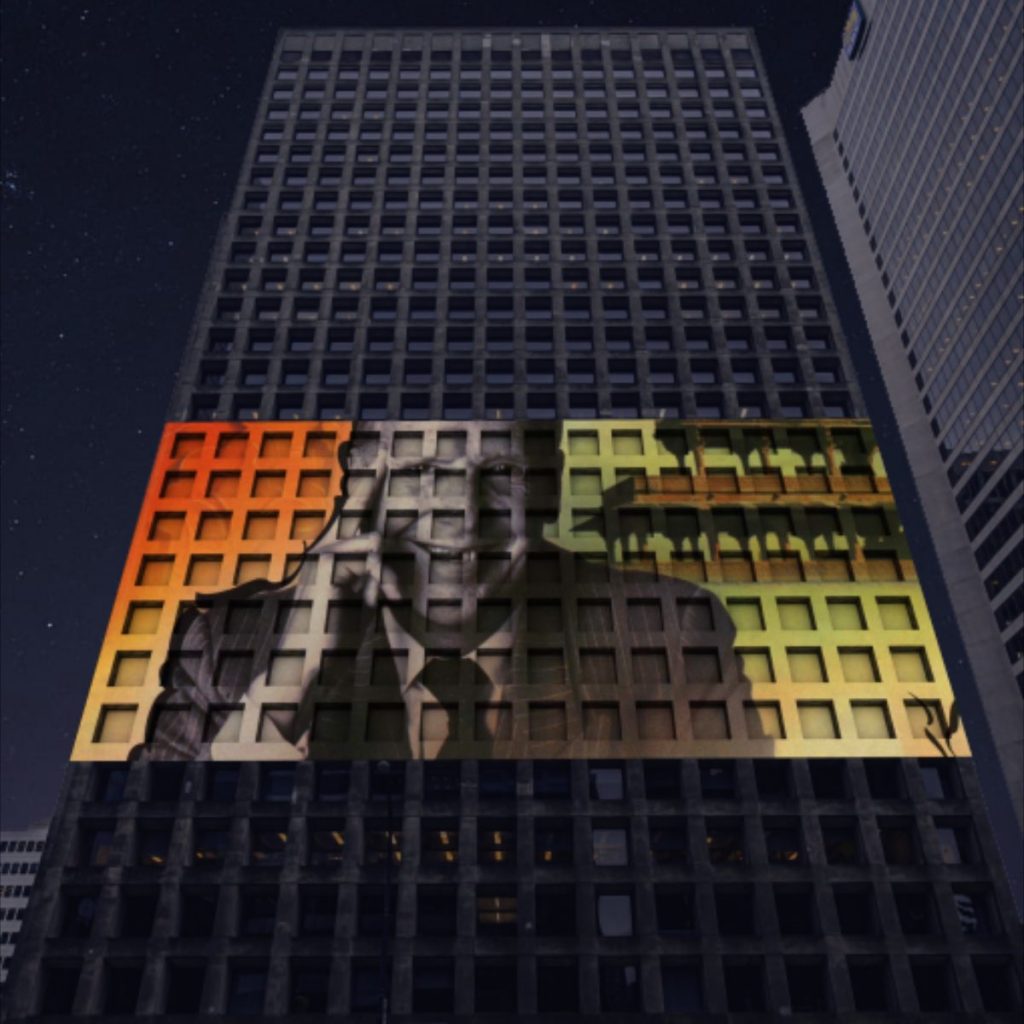 Arthur Erickson passed away in 2009, but not before he left a legacy. Much of his work shapes the Vancouver we know today.

He designed the Law Court complex at Robson Square, the Museum of Anthropology at UBC, and Simon Fraser University Campus, among countless other Metro Vancouver projects.

So if you’re downtown this week, be sure to make a stop and watch the massive display light up the building. This projection mapping installation is similar to the BRIGHT Vancouver display outside the Fairmont Hotel Vancouver earlier this year. 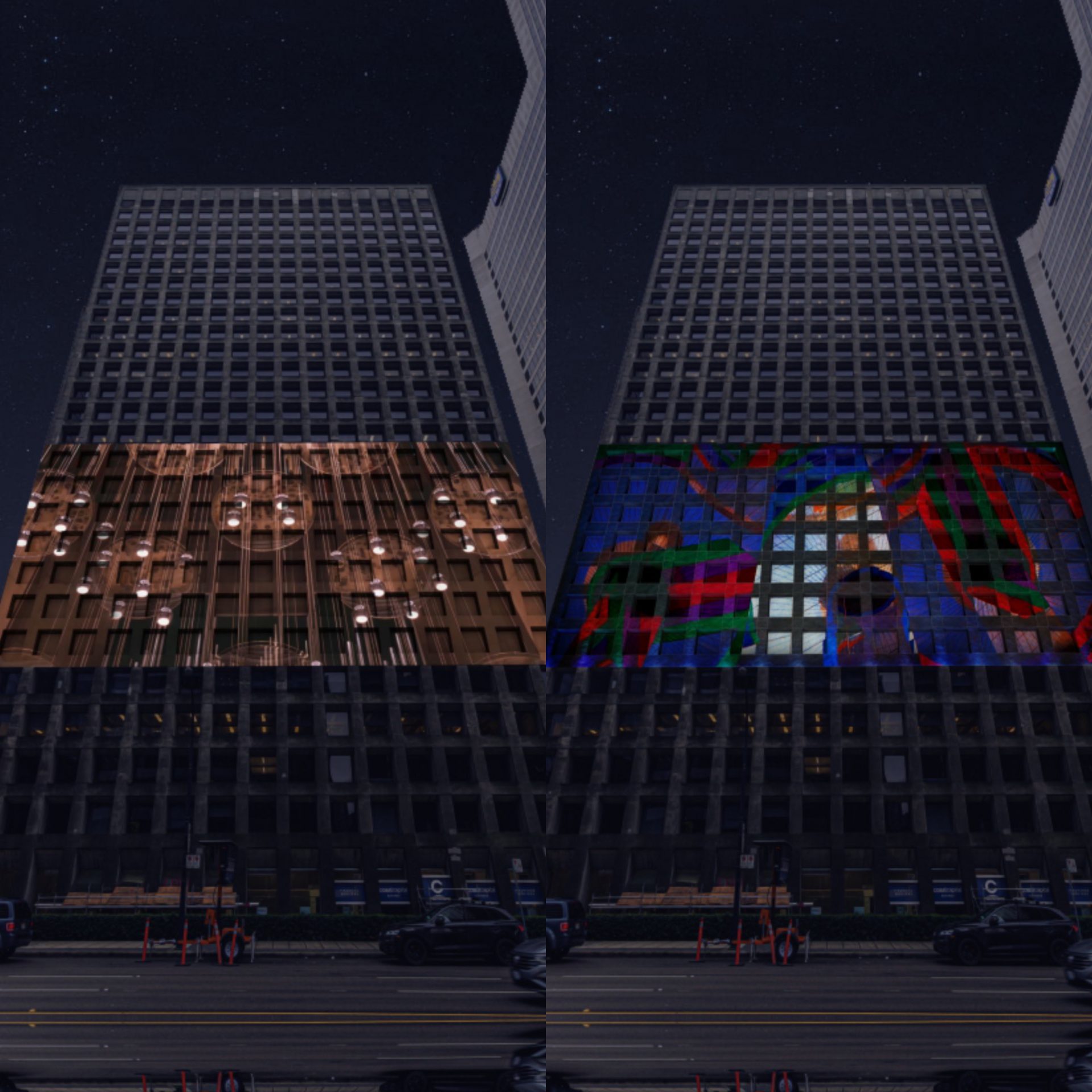 The building’s owners — Reliance Properties, KingSett Capital, and Crespoint — recently submitted a proposal to the City of Vancouver to redevelop the building’s rear parkade structure, on the Dunsmuir Street side of the complex, into a 47-storey tower with nearly 500 rental homes.