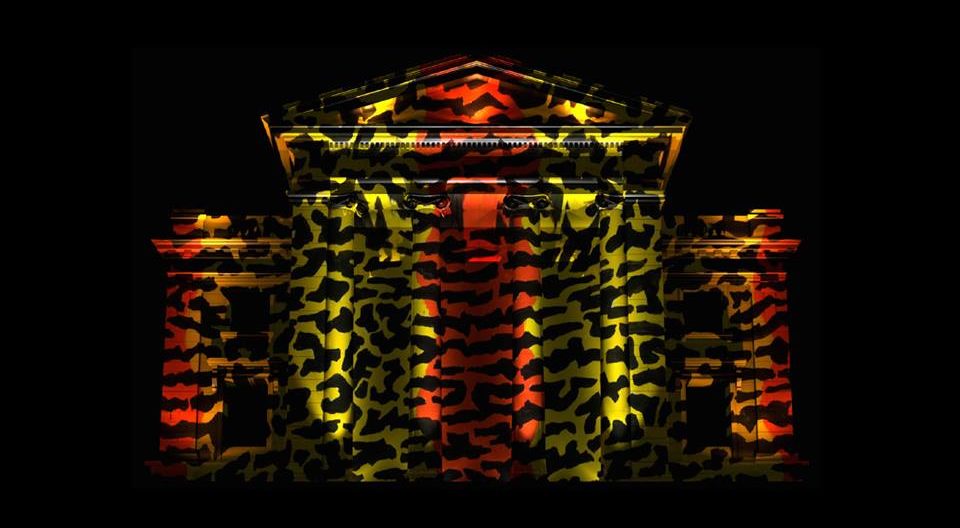 The Façade Festival returned to Vancouver for another year on Tuesday night, transforming the Robson Street side of the Vancouver Art Gallery into a piece of projection art.

From August 30 to September 3, each artist will get a chance to display their projections on the Art Gallery with a special encore presentation featuring all five artists’ work on September 4 and a grand finale on September 5.

Take a look below for some of the best photos from last night’s presentation from Eric Metcalfe.

Enjoying the 1st night of #FacadeFest! Overheard: "I can't remember the last time I just sat in a plaza". #nailedit pic.twitter.com/2X0bmmixcn

We are all very excited here at the Burrard Arts Foundation for Façade Festival 2016 to officially begin tomorrow! It has been such an inspiring process watching this talented group of artists work with the technical whizzes at Go2 Productions Inc. to bring their artworks to life. Tomorrow, the festival will kick off with Eric Metcalfe’s work from 8 to 12pm, followed over the next four days by Barry Doupé, Rebecca Chaperon, Renée Van Halm, and Chris Shier. September 4 we will run an encore of all the artists’ works, shown again on September 5, along with Grand Finale presentation by Go2Productions. A giant thank you to all the artists and everyone who was involved in this project, and all our friends and supporters for tuning in. See you tomorrow! Image is from last year’s #FacadeFest – thank to Instagram user @ainingfang for snapping this lovely photo!

We love this image of last year’s #FacadeFest! Façade 2016 starts in just a few days – #EricMetcalfe’s work will open the festival at 8pm on Tuesday, August 30th. Check out http://www.burrardarts.org/facade-festival-2016/ for more information, and thanks to instagram user @juls_abv for the photo!