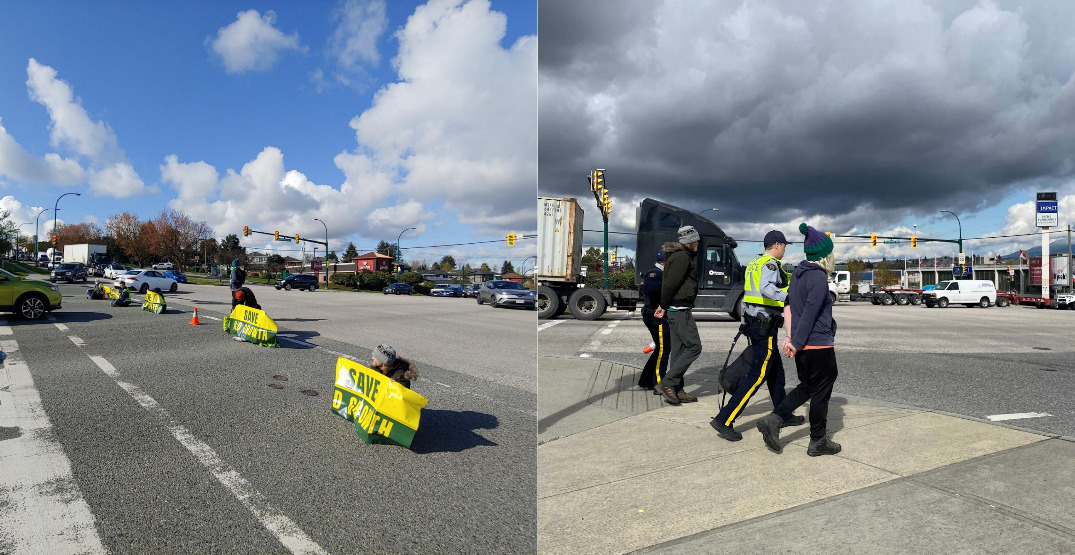 Save Old Growth supporters returned to Grandview Highway and Boundary Road on Wednesday, a key route that connects Vancouver to Burnaby.

On April 18, a man was perched atop a ladder on the same roadway and had to be lifted off by a harness thanks to Burnaby firefighters. Others had glued themselves to the road, which seemed to be the case on Wednesday morning.

“This is our future now. People have been writing letters for 30 years, we’ve been signing petitions for 30 years and we’ve had enough,” spokesperson Julia Torgerson said in a statement. 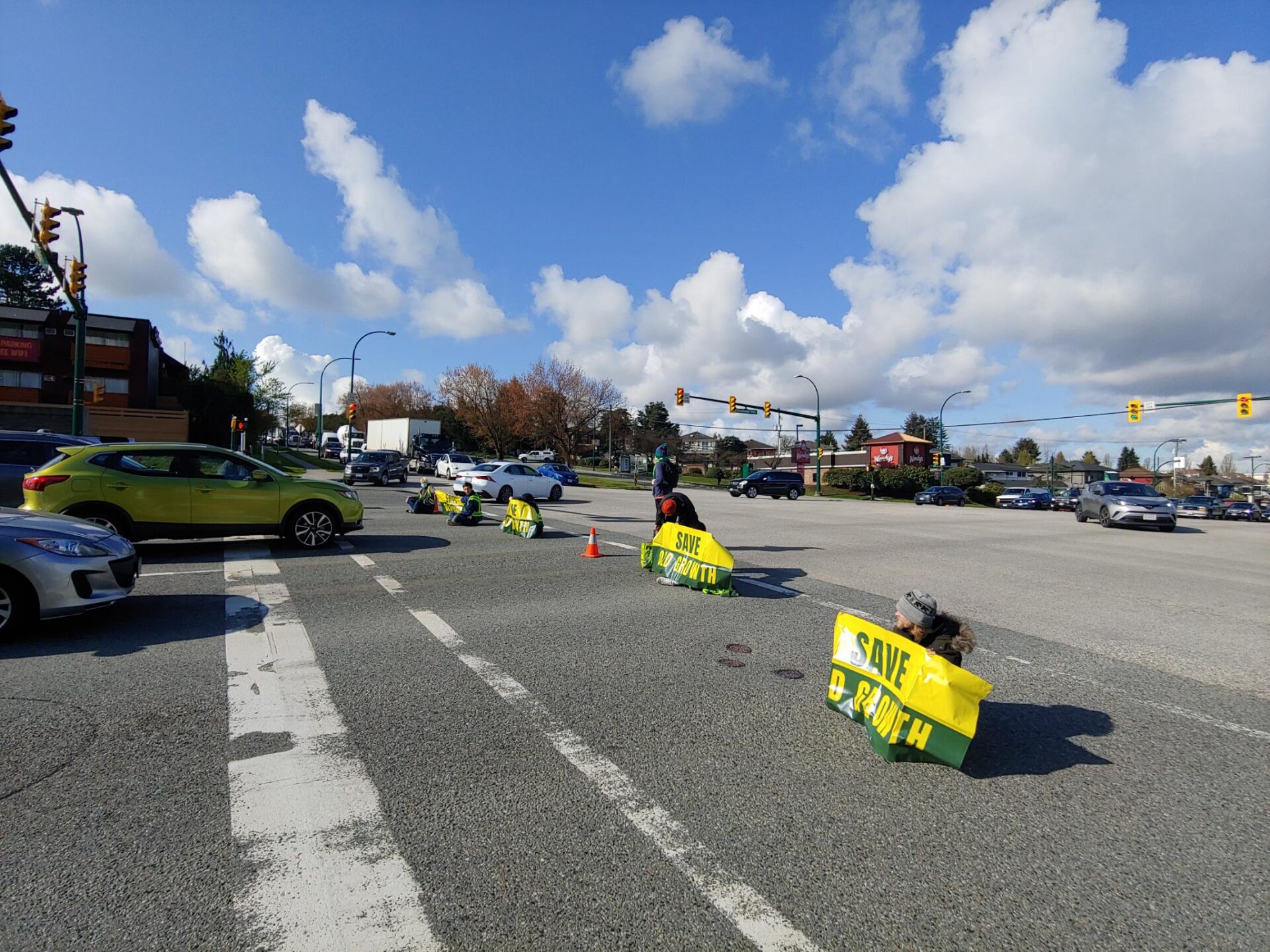 “We’ve only got 2.7% of the productive old growth forests left, and they need to be protected, end of discussion.” 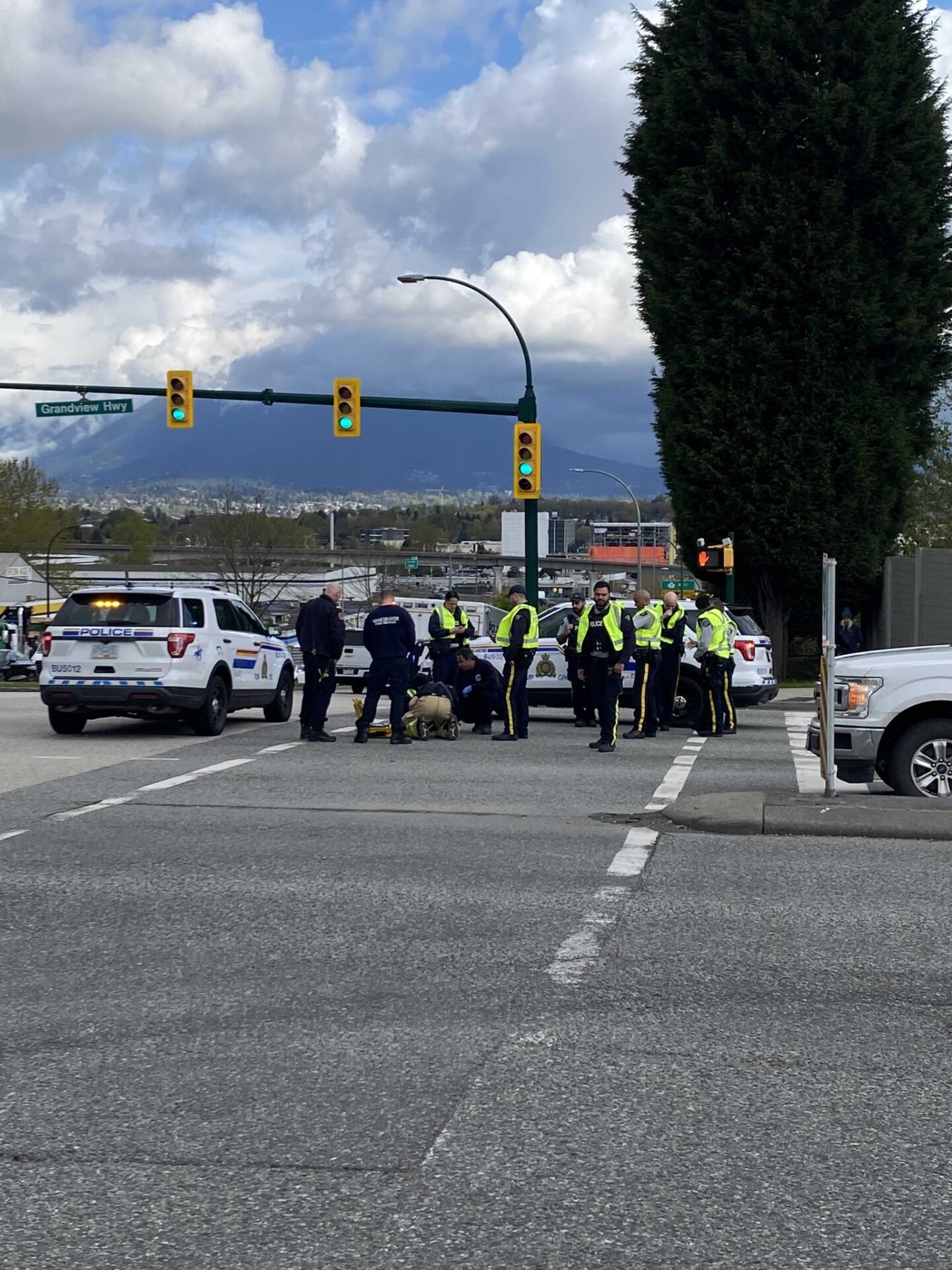 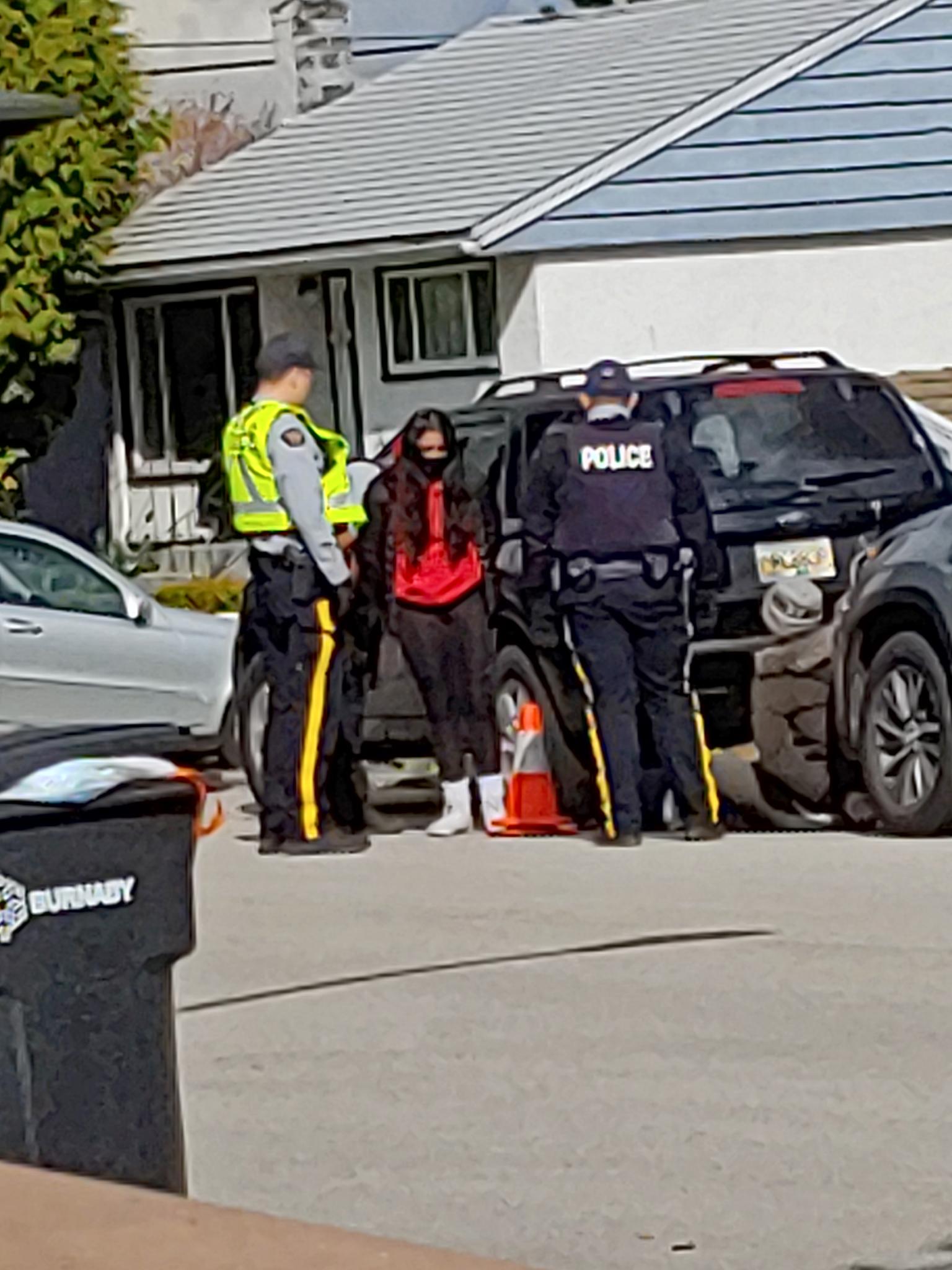 “This came after both the Ironworkers Bridge and the Lions Gate Bridge had heavy police presence waiting in advance.” 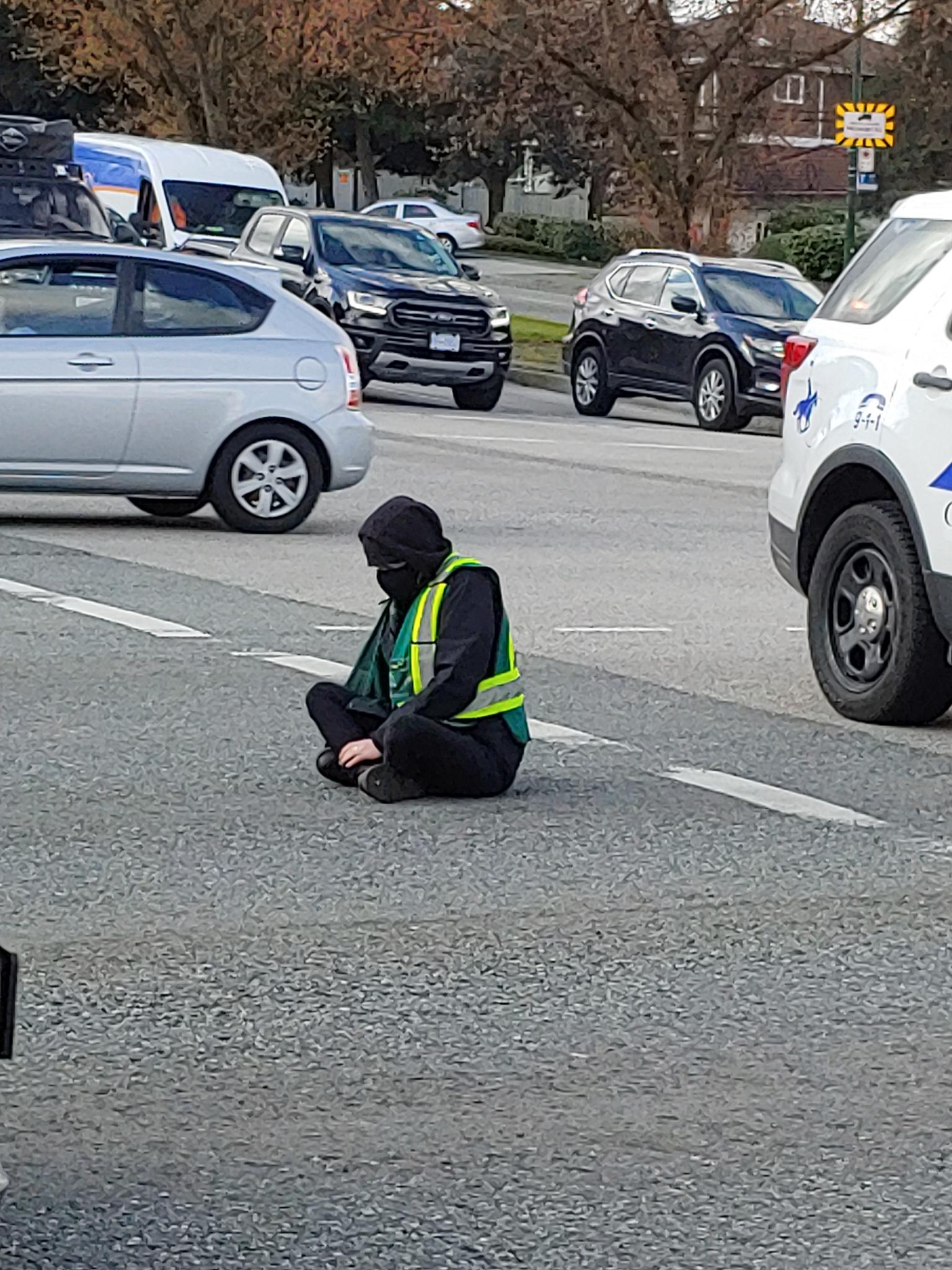 Save Old Growth revealed that 90 people have been arrested in connection with these actions.

In a separate protest, Howard Breen, who has been engaging in an ongoing hunger strike, was recently admitted to hospital after 50 hours of not taking in any fluids. He is now on day 27 of the strike.