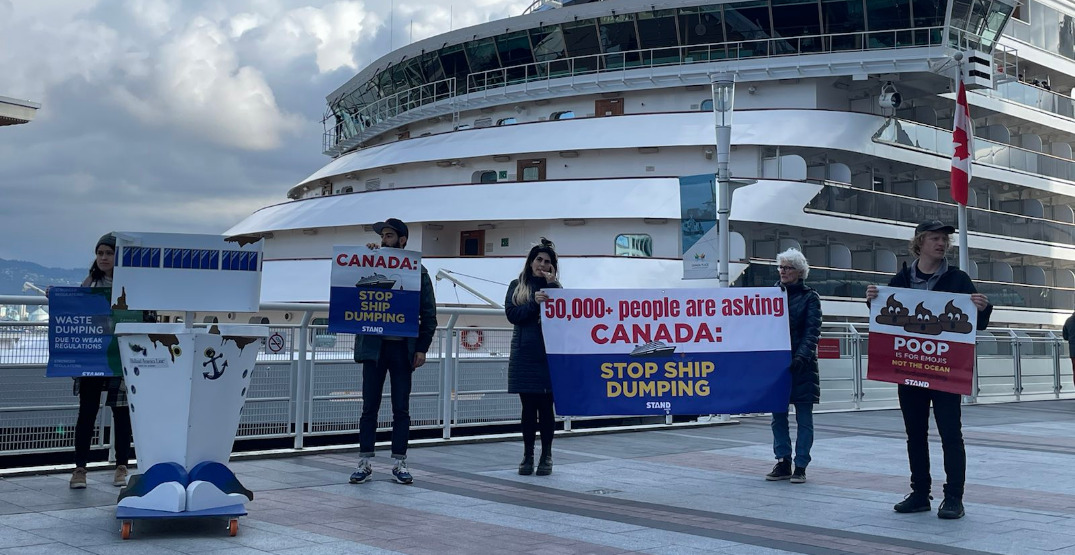 Vancouver climate activists have taken aim at cruise ships for dumping in the oceans.

Activists with Stand.earth met with the first Alaska-bound cruise ship to arrive in Vancouver this season at Canada Place, and they’re painting the vessels in a brown light.

Sewage, greywater, wastewater, and other harmful pollutants are often left behind by the cruise ship industry, and over 50,000 people have signed a petition that is calling on leaders to make cruise ship dumping in the ocean illegal.

The protest began at 8:30 am and following a demonstration and rally, the petition will be delivered to the federal building nearby which houses the Fisheries and Oceans Canada office.

“Over the last decade, the cruise ship industry on Canada’s West Coast has exploded. In 2019, more than one million passengers and crew from 30 different cruise ships visited the Victoria cruise terminal during 256 ship calls on their way to and from Alaska. During this time, the BC coast was subjected to 32 billion litres of dumping of sewage, greywater, and acidic fossil fuel waste from scrubbers,” reads a statement from Stand.earth. 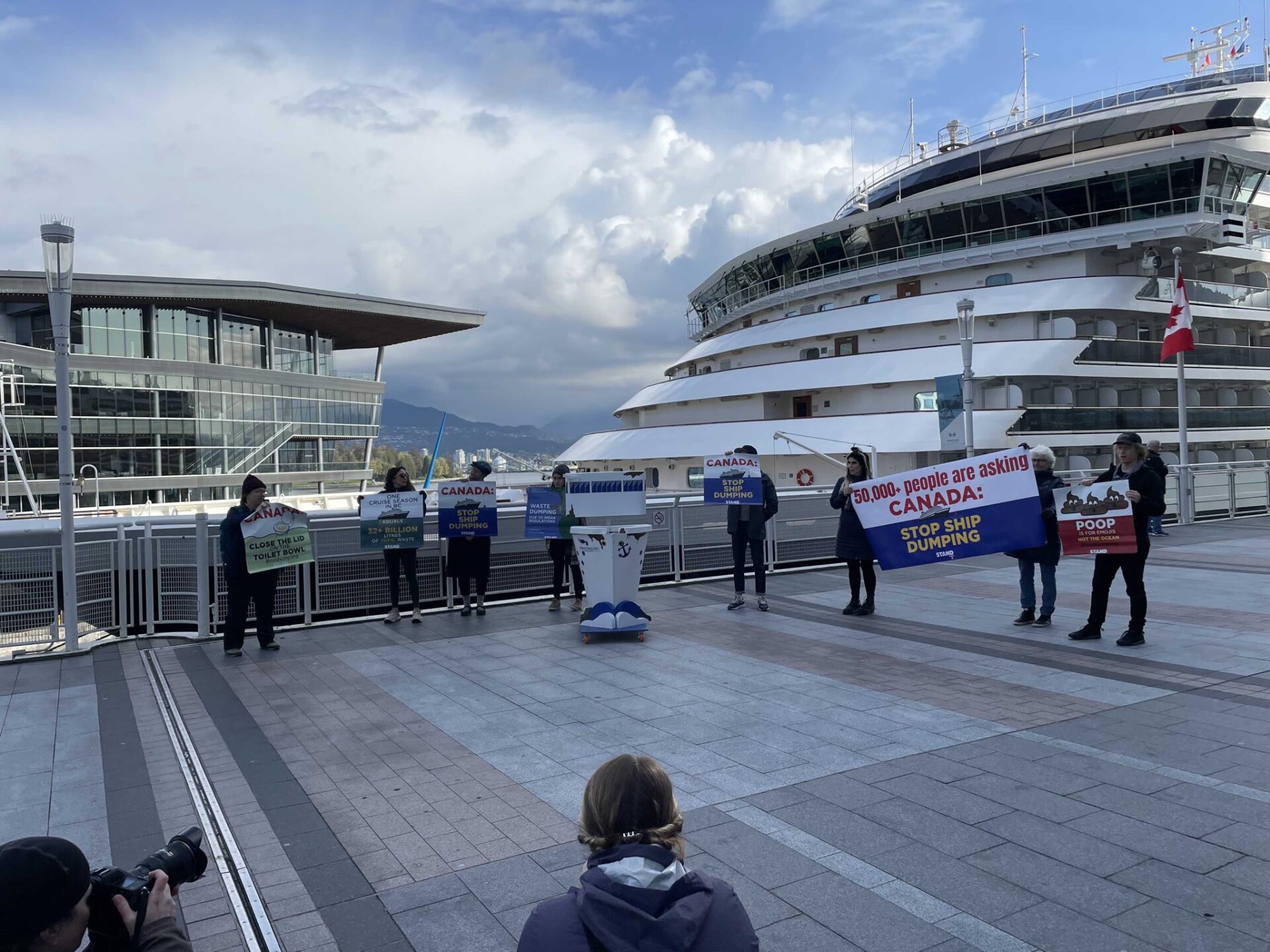 This process of dumping is overseen by Transport Canada and while the governing body has made some changes to the way cruise ships are allowed to operate, they’re still able to dump in the ocean.

“Transport Canada has finally begun to acknowledge the problem of cruise ship dumping, an issue neighbours in the US have led in addressing for over a decade. Earlier this month, Transport Canada announced that it would improve regulation on greywater and sewage pollution, a welcomed first step worth celebrating – as long as they actually become enforceable regulations.” 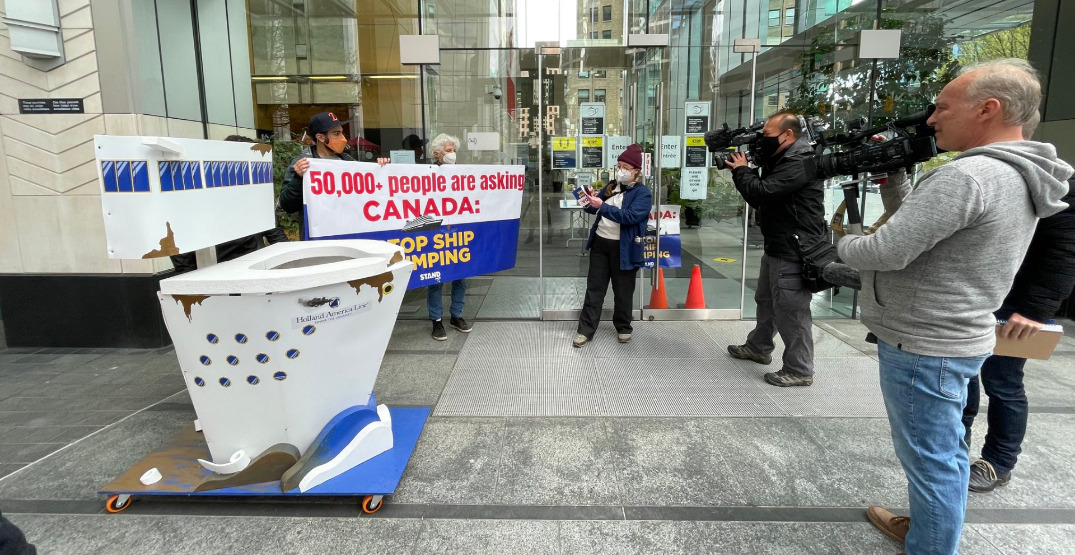 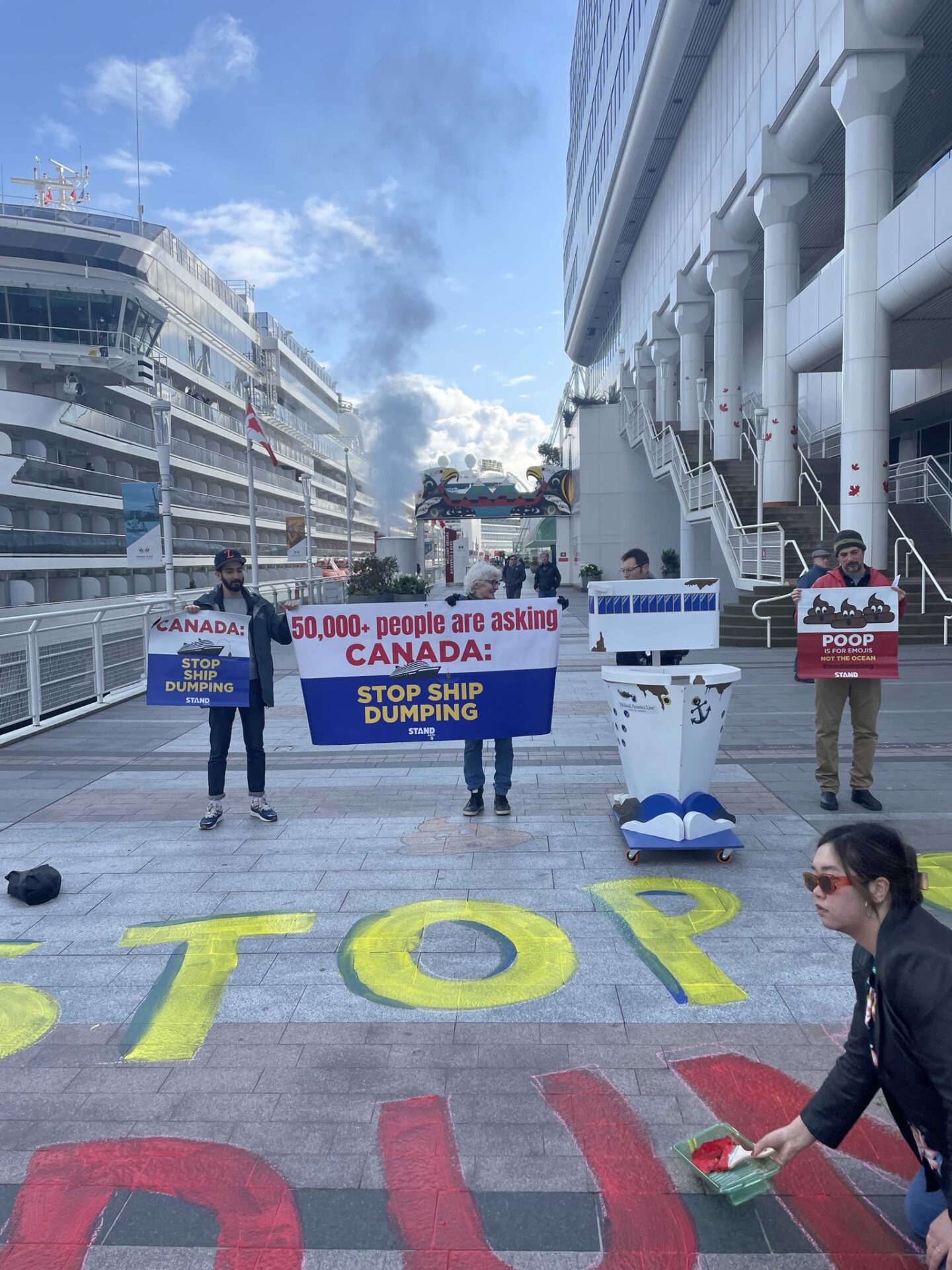 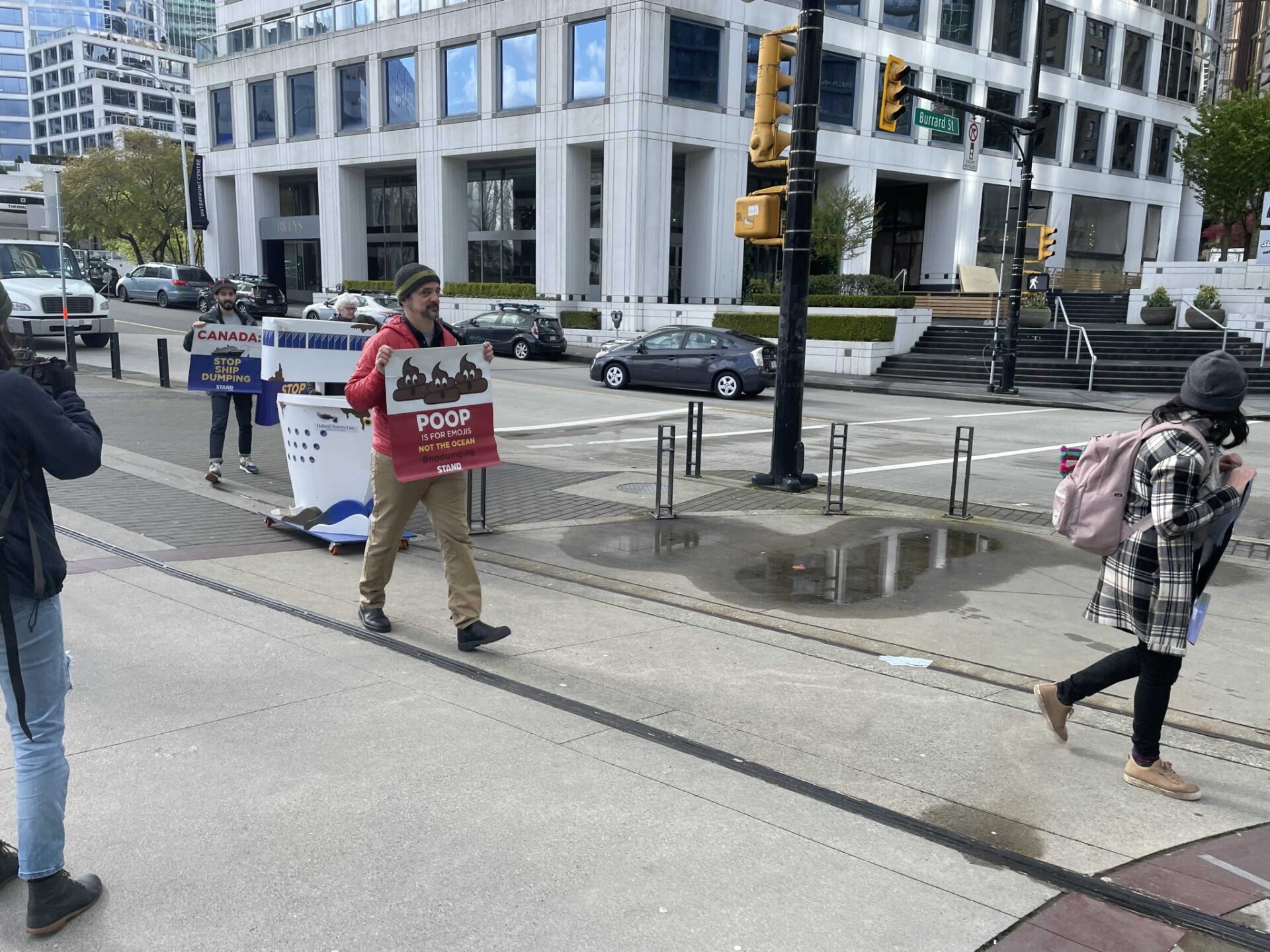 Stand.earth is also taking aim at the claim that the cruise ship industry is an important economic driver, suggesting that idea is a myth.

Vancouver will likely be seeing more cruise ships in the coming months as the industry begins to rebound after a tough time during the pandemic.