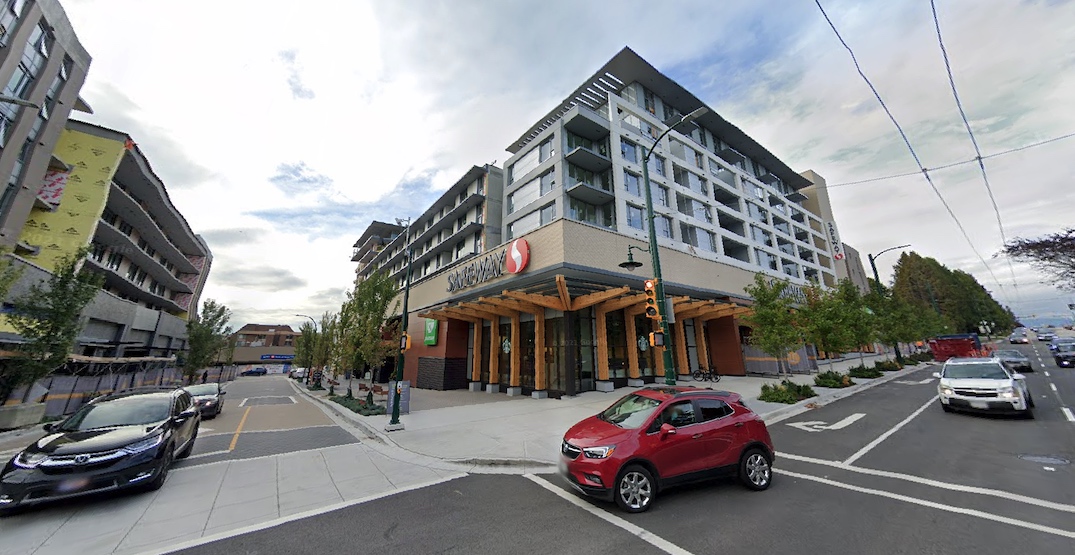 Affordable housing in Building A of the Arbutus Centre redevelopment at 4105 Arbutus Street, Vancouver. (Google Maps)

Hundreds of residents will live in the complex’s 125 affordable homes in the eight-storey Building A at 4105 Arbutus Street, named xwƛ̓əpicən by the Musqueam First Nation, meaning “the hollow.”

The multi-building redevelopment of the shopping centre was developed by Larco Investments and designed by architectural firm DIALOG. 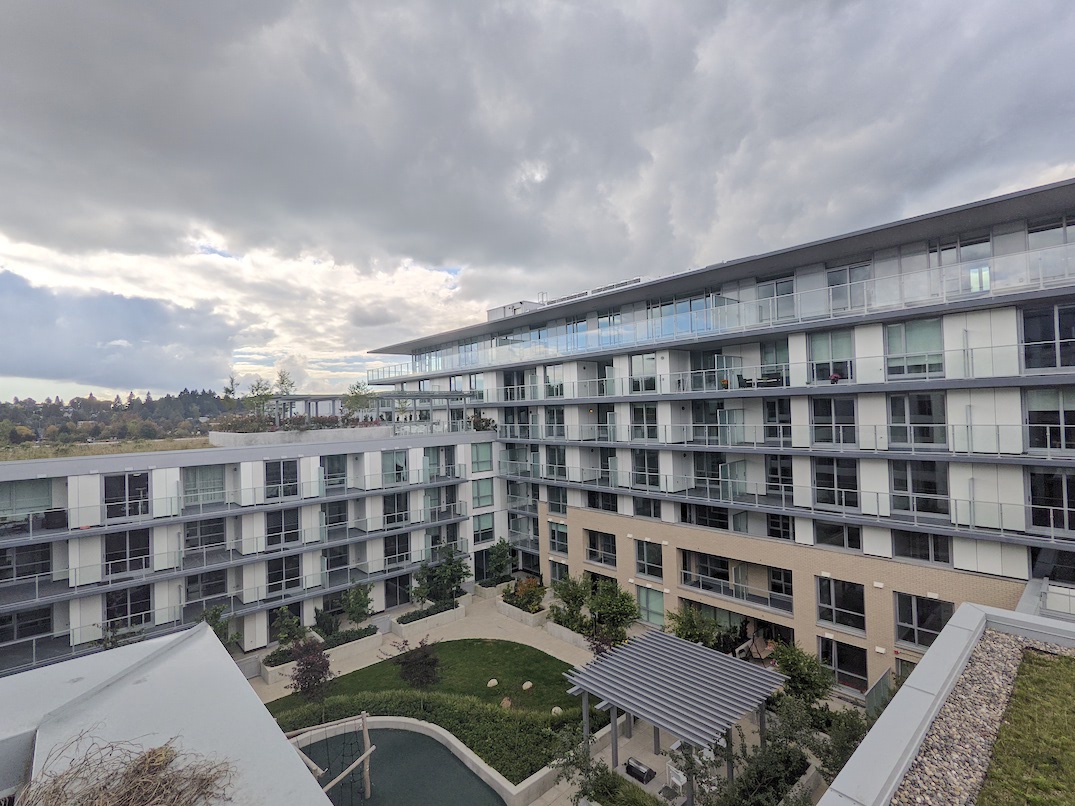 Affordable housing in Building A of the Arbutus Centre redevelopment at 4105 Arbutus Street, Vancouver. (City of Vancouver)

In exchange for the heightened level of market residential density during rezoning negotiations, Larco promised to build a social housing component, a “neighbourhood house” (a small community centre), and adult daycare facility for its in-kind community amenity contribution.

This includes 26 shelter rate units, including 10 units under the first program in BC that assists individuals who are ready to transition out of supportive housing.

Another 43 units are rented at rates affordable to people who earn within BC Housing’s Housing Income Limits (HILS), while the remaining 56 units are at lower-end-of-market rents — about 10% below market rate.

The project also sets aside 32 units from the shelter and HILS housing tenures for women who are single parents of their children.

Residents have access to indoor and outdoor amenity spaces, such as a shared children’s play area and an urban agricultural area on the lower rooftop that forms an internal courtyard. 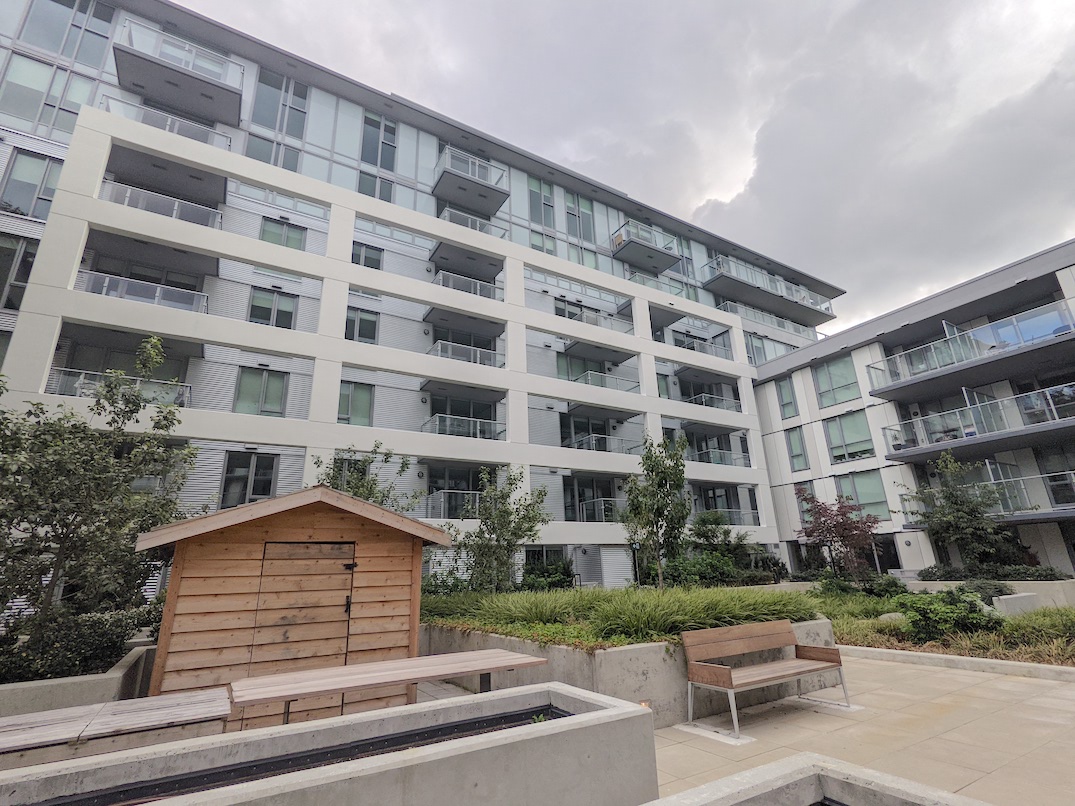 Affordable housing in Building A of the Arbutus Centre redevelopment at 4105 Arbutus Street, Vancouver. (City of Vancouver)

YWCA Metro Vancouver is leading the partnership that will operate the building, which includes the Association of Neighbourhood Houses of British Columbia and Tikva Housing.

“Today’s opening is the culmination of years of collaboration and we are so grateful for the strong partnership with Tikva and ANHBC, as well as the support of the City of Vancouver and Larco Investments Ltd, to make this incredible community a reality. We know that safe and affordable housing is critical for people’s health, well-being and economic stability and we look forward to welcoming our new tenants to their new homes.”

Building A reached a substantial stage of completion in June 2020 that allowed the opening of its new replacement 40,000 sq ft Safeway grocery store on the ground level.

Both Building A and Building B are built on the former surface parking lot of the property, with Arbutus Street as its frontage. A new east-west public street separates these buildings. 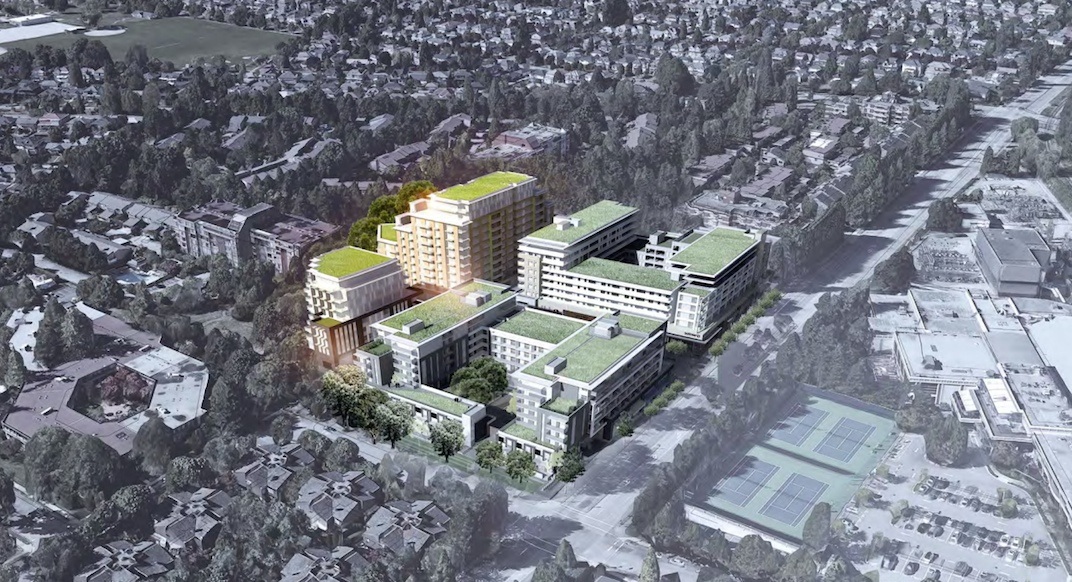 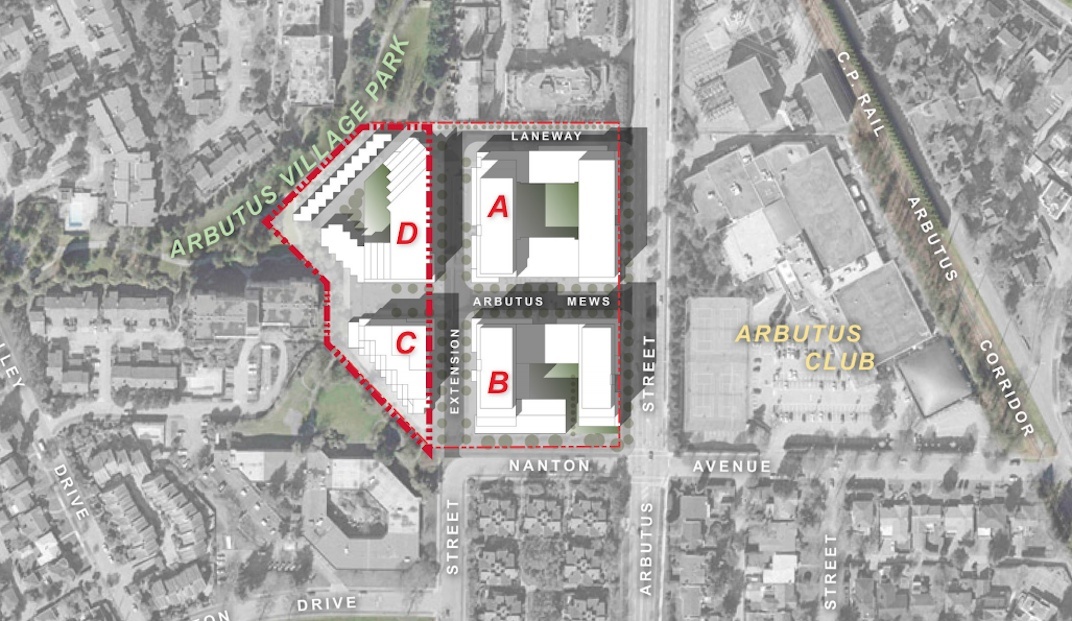 Site of the redevelopment of Arbutus Village at 2133 Nanton Avenue, Vancouver. (DIALOG/Larco Investments)

When fully complete, all four new buildings replacing the 1970s-era indoor mall will offer a total of 269,000 sq ft of commercial space and over 500 homes, including 243 market rental homes within the future Block C and Block D buildings, reaching up to 12 storeys in height.

The entire complex will have 900 underground vehicle parking stalls, including 300 stalls for businesses and residential visitors.