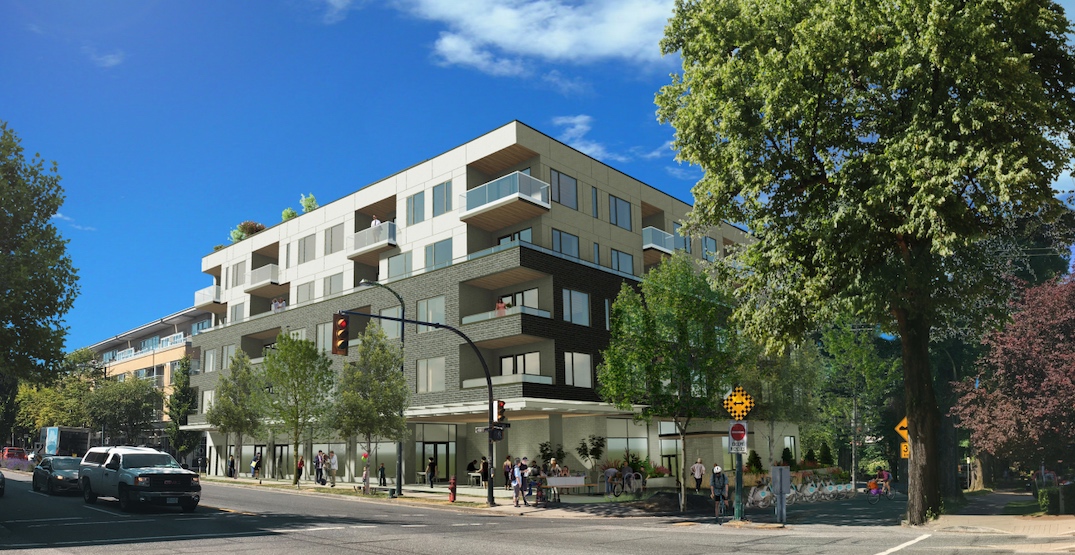 One of the last remaining industrial properties within the former Molson Arbutus Industrial Lands in the area south of West Broadway along Arbutus Street could finally be redeveloped.

Stephane Laroye Architect has submitted a development application to the City of Vancouver to redevelop 2120 West 10th Avenue — the southwest corner of the intersection of Arbutus Street and West 10th Avenue — into a five-storey, mixed-use building. The site is just one short block south of the future Arbutus Station of SkyTrain’s Millennium Line Broadway Extension, currently under construction.

Currently, the site is occupied by a 1952-built, single-storey warehouse building, previously used by a car repair shop but now vacant. 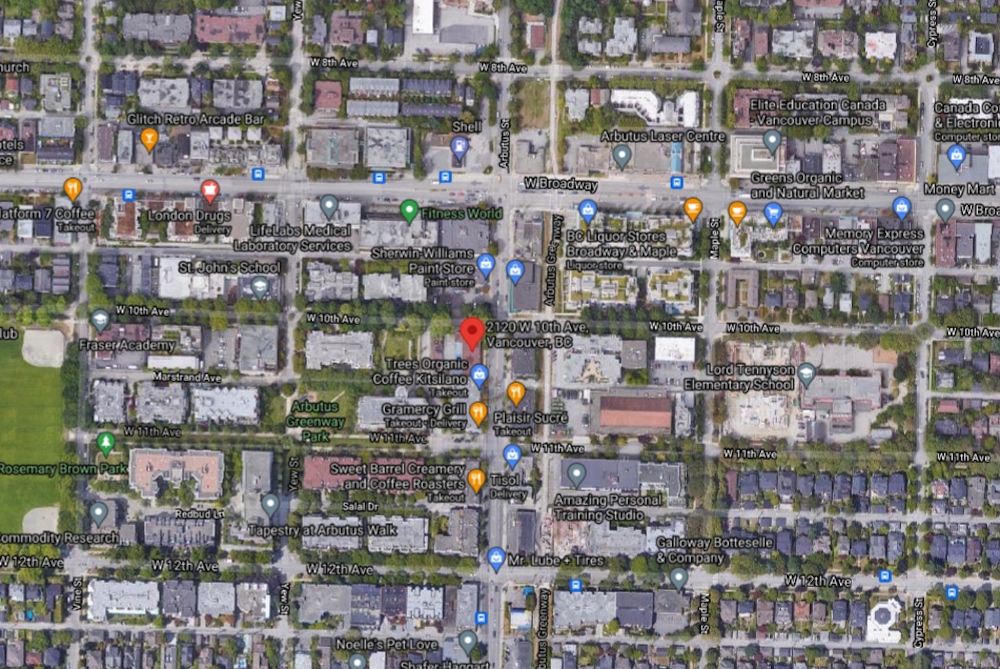 Park Place, the name of the new building, would contain 48 strata homes, including six townhomes facing Cranberry Drive to the west. Just over half of the homes are one-bedroom units, while the remainder are two-bedroom units.

Just under 3,000 sq ft of retail and restaurant space is planned along the building’s ground level frontage with Arbutus Street, providing commercial frontage continuity along the street. 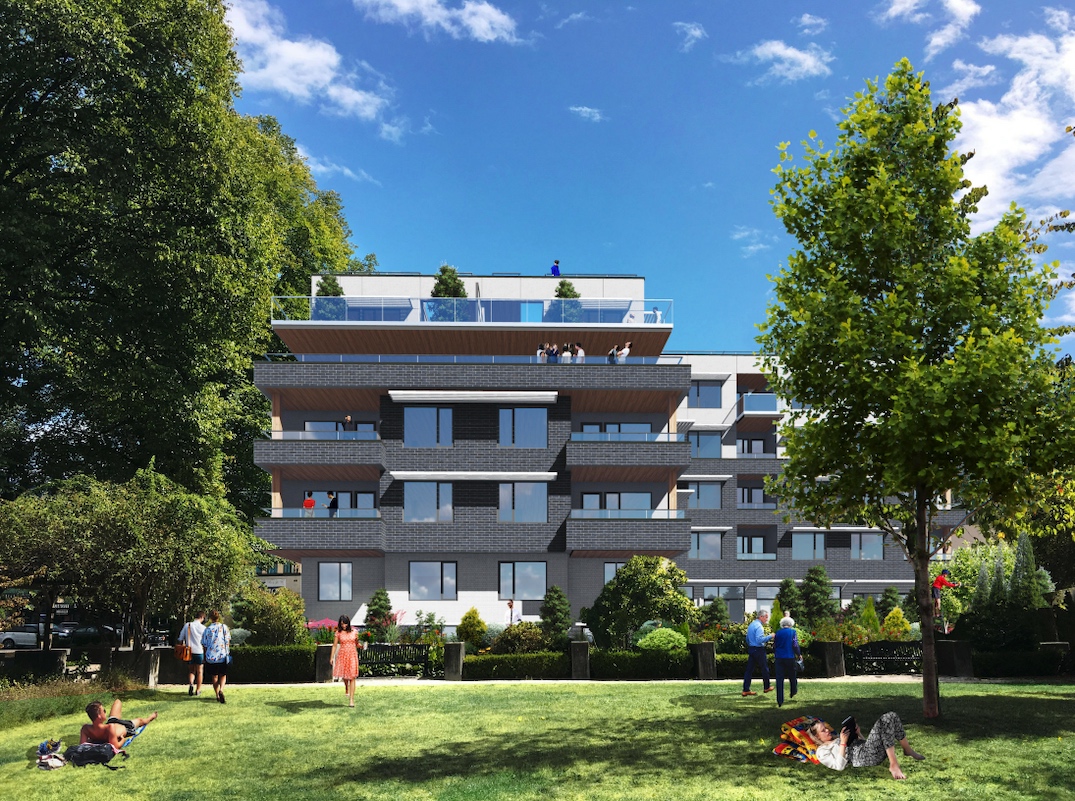 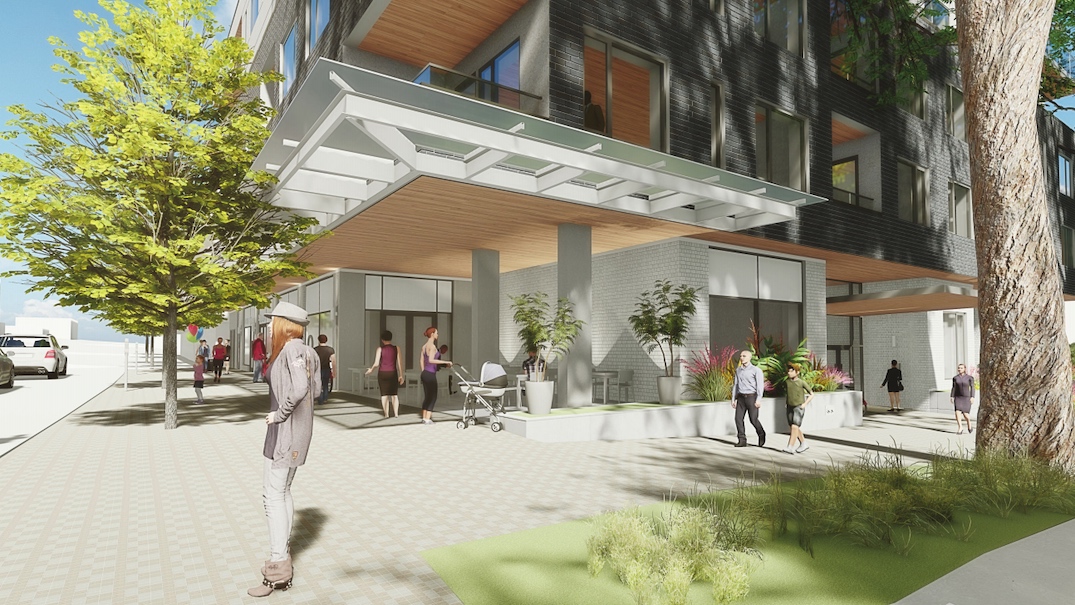 This is planned as a Passive House, with the proponents seeking a small height increase to accommodate building equipment and utilities that achieve the green building standards.

“While we do not want to pre-empt the Broadway Corridor Plan process, we feel it is important to acknowledge the site’s proximity to the upcoming transit station, and feel this site is a strong location for future growth,” reads the application.

“The site is located <125m from a future Skytrain Station, or one short block, and it is reasonable to expect that during the Broadway Corridor study, heights will be increased along Broadway, including the site to the north on the other side of West 10th Avenue. When consideration is given to both the current policies, as well as the future reality of the multi-modal transit hub, we feel that the requested relaxations are reasonable.” 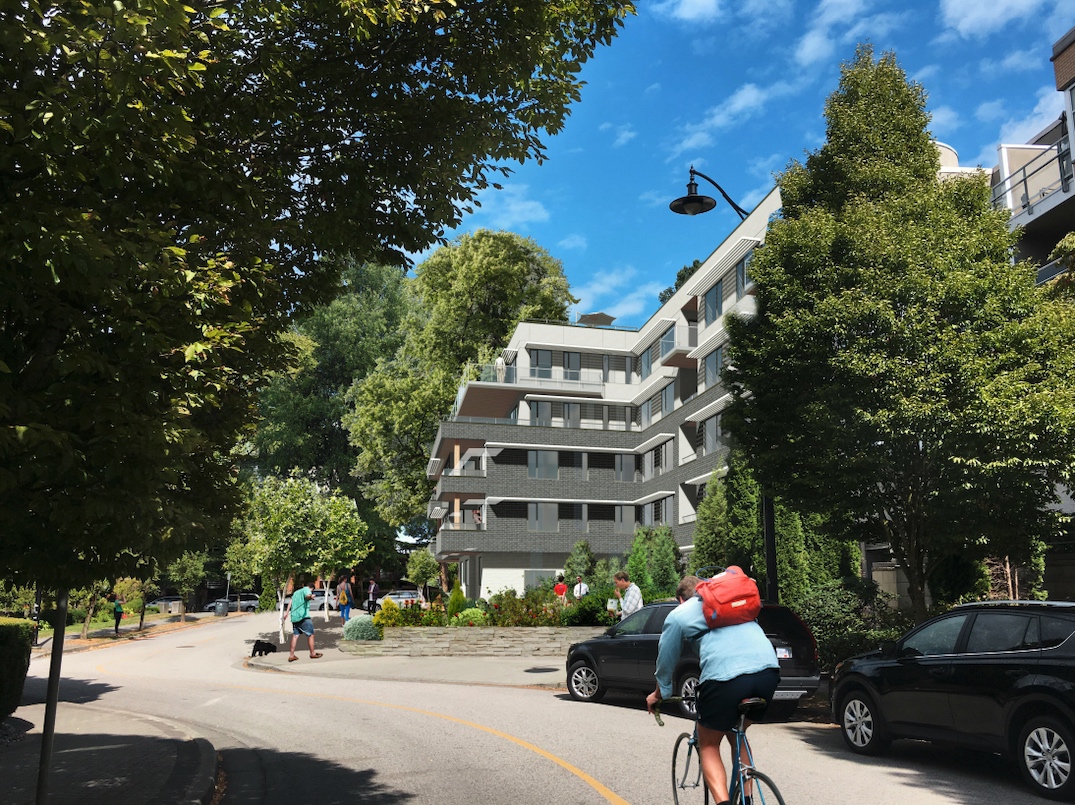 In addition to achieving a Passive House standard, the building will use a mass timber structural system for the four residential floors that sit above the concrete base on the ground floor.

“Park Place strives to be both a sustainable building leader and a good neighbour… It will do all of this and fit into the local low-rise context and the architectural language of the neighbourhood. It will also serve as a gateway and threshold between the low-rise scale of the neighbourhood to the south (Arbutus Walk) and the future scale of the Broadway corridor to the north,” continues the application.

Earlier this year, the city rejected a development permit application to redevelop the Shell gas station, located immediately west of the future Arbutus Station and bus exchange, into a 120-ft-tall, 11-storey building with 79 strata homes and ground-level retail. City staff took issue with the building exceeding the existing policies in the area that limit height to 70 ft.