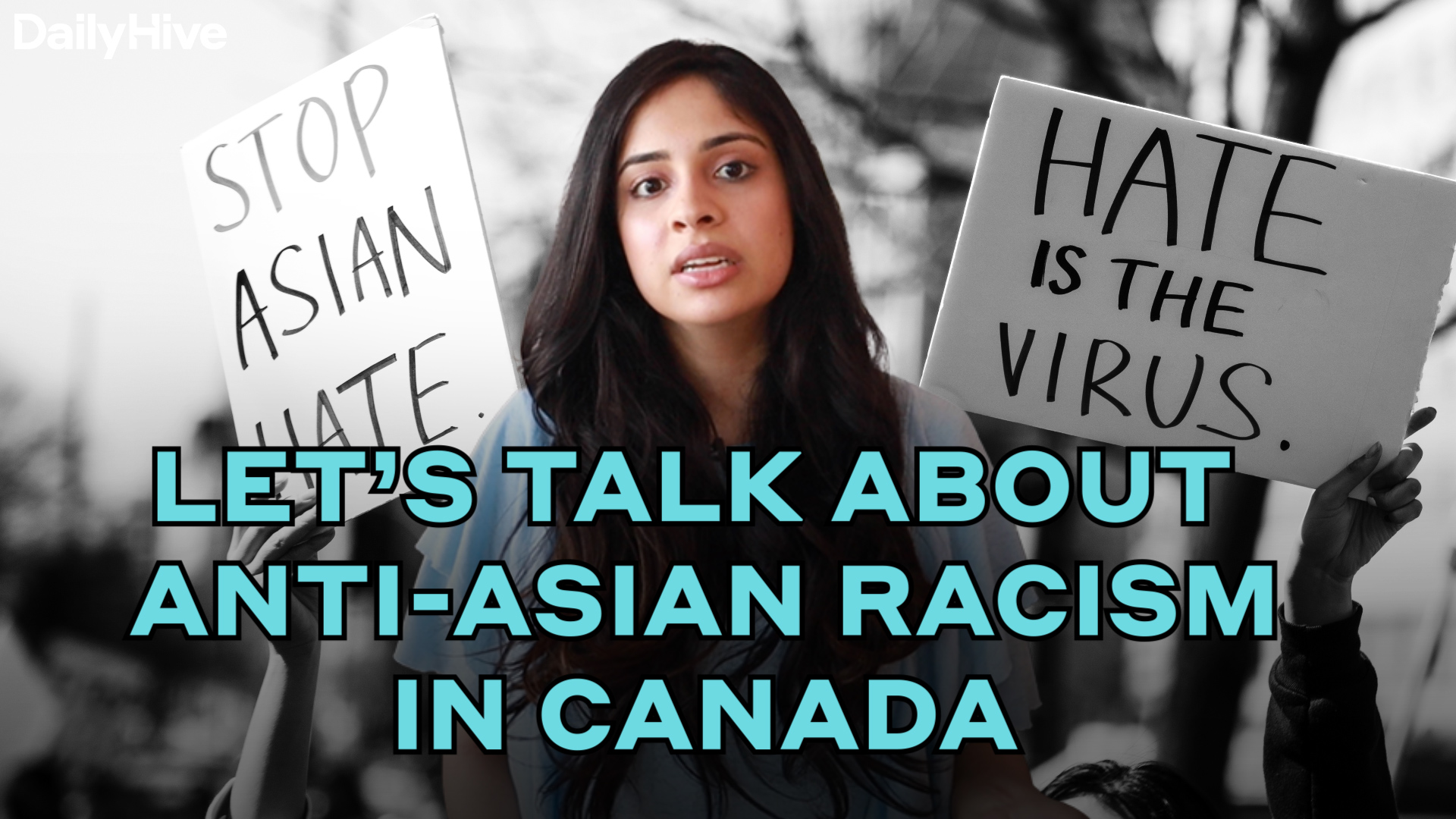 People hold signs to protest hate crimes committed against Asian-American and Pacific Islander communities ahead of a car caravan in Koreatown on March 19, 2021 in Los Angeles / Shutterstock

The horrific tragedy of six Asian women being murdered in Atlanta this month has America introspecting and talking about the increase in hate crimes against Asians.

But we need to talk about Canada too.

Police said anti-Asian hate crimes appear to be in lockstep with the COVID-19 pandemic. The virus, which first became widespread in China, has apparently fuelled racist harassment and assaults around the world.

Over 1,100 anti-Asian attacks in Canada have been reported one year into the COVID-19 pandemic, with 10% of incidents involving being spat or coughed on.

A new report from the Chinese Canadian National Council — Toronto Chapter (CCNC) shows that Canadians have reported more anti-Asian racist incidents per capita than the US since the start of the pandemic.

Of all reported attacks and incidents, 11% contained a violent physical assault and/or unwanted physical contact.

However, discrimination and racism against Asian-Canadians can be traced back to the conception of the country in the 1800s.

This week, Daily Hive is taking a closer look at the problem of anti-Asian hate crimes in Canada and what can be done about it.

Warning: This video contains content and graphic language that some viewers may find offensive