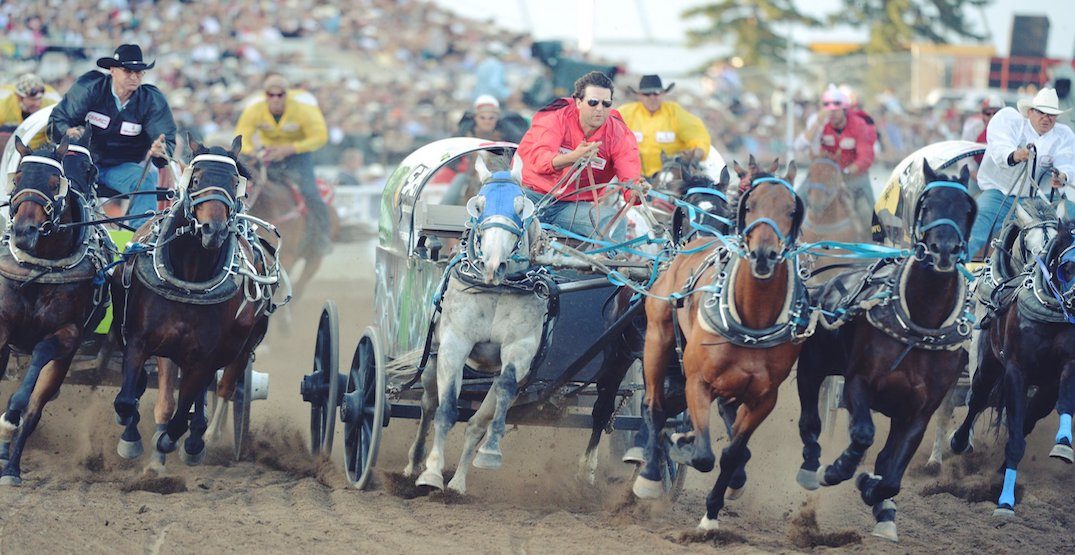 A Canadian animal rights organization is calling out the Calgary Stampede following the death of a chuckwagon racehorse.

The horse died on Monday due to what a Tuesday release from the Stampede described as “a serious internal medical condition” during the evening chuckwagon races, which pits teams of horses pulling wagons against each other in a race around a track.

The horse, a 14-year-old gelding belonging to chuckwagon racer Troy Dorchester, had undergone and passed a thorough veterinary examination prior to the races.

According to the release, a post mortem examination is currently underway, with the Stampede stating that “at this time there is no indication that this medical condition is specific to chuckwagon racing.”

Animal Justice, a Canadian animal law organization, issued a release on Tuesday calling on the Calgary Stampede to put an end to the chuckwagon races and other events that could cause harm to the animals involved.

“It’s illegal under Alberta’s provincial animal welfare laws to cause distress to animals, and rodeo events are not above the law. Predictably, animals die and suffer serious injuries nearly every year in chuckwagon races and other dangerous rodeo events at the Stampede. This crisis of cruelty urgently needs to be addressed by law enforcement and the courts.”

Animal Justice also cited research from the Vancouver Humane Society which found that, since their records began in 1986, a total of 100 animals had been killed as a result of the events.

It’s no secret that chuckwagon races are a dangerous competition to partake in — for both horse and human.

In 2018, 46-year-old veteran Obrey Motowylo had to be taken off the track in an ambulance after falling off his chuckwagon at the start of the race.