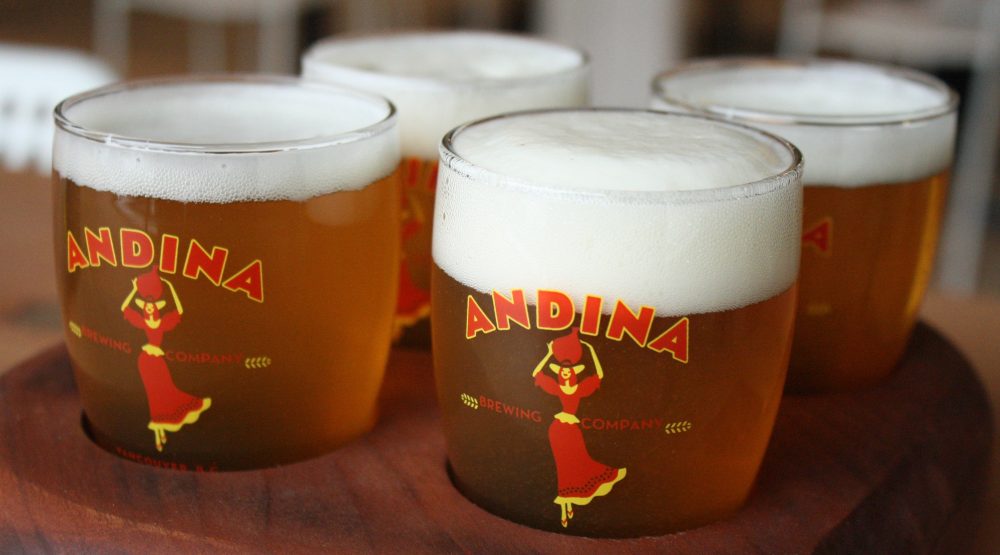 Say “Salud!” to the newest craft brewery in East Van.

The highly-anticipated Andina Brewing Company is set to open within the next two weeks, and we can taste the homemade ceviche and drool-worthy South American-inspired beer already.

The vibrancy of the brewery can be seen from blocks away – it’s a former plastic production warehouse that’s painted an electric-yellow and plastered with an art deco-style mural of a smiling Andina, or “a woman from the Andes,”,which is the brewery’s memorable logo.

This exterior makeover has undoubtedly livened up the structure, which is tucked into an otherwise dingy grey strip along Powell Street, an ideal location for a new craft spot, as it’s right in the heart of a district bursting with breweries and distilleries including Powell Brewery, Odd Society Spirits, and Parallel 49. 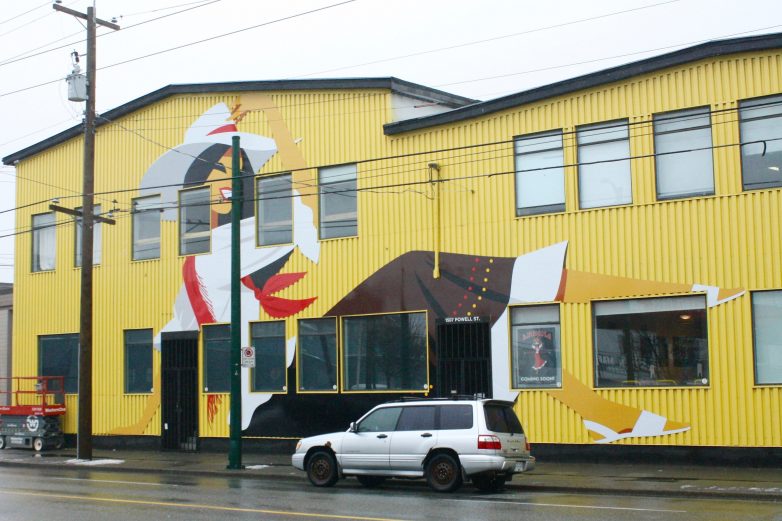 Just one glance at the outside of Andina is enough to evoke a sense of curiousity and liven your spirit – and that’s exactly how the brewery’s owners intended it.

Together these four, along with Head Brewer Andrew Powers, have worked tirelessly to bring Vancouver a brewery that is a perfect marriage of British Columbian and South American culture. 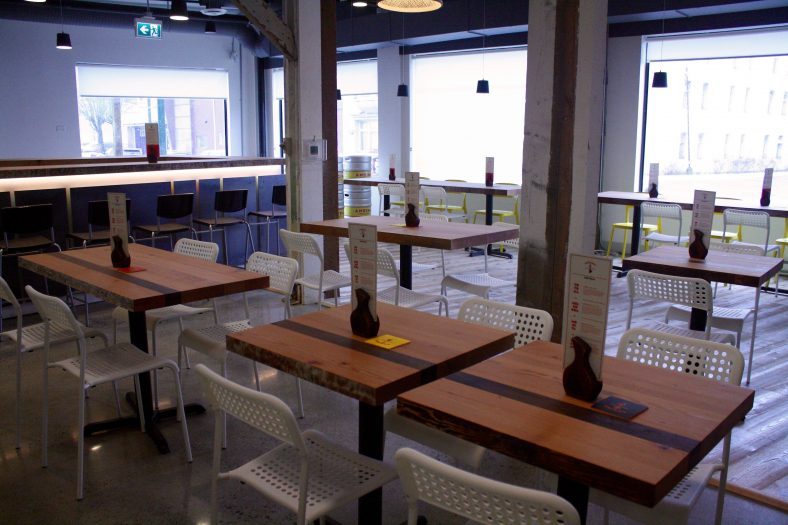 The influence of the owners’ heritage can be seen in every corner. Blown-up photographs by South American photographer Luis Ponce M show sprawling Colombian landscapes.

On the opposite wall across the tasting room there are built-in display boxes where illuminated sculptures watch over guests. These idols are from the Muisca culture, an ancient yet advanced Colombian people.

It’s details like these that sets Andina apart from more ‘mainstream’ Latin American spots that embrace the tequila-chugging-burrito-slinging style of dining. The Amayas’ emphasis on educating guests and sharing their cultural history in the intricate flavouring of the beers does not go unnoticed. 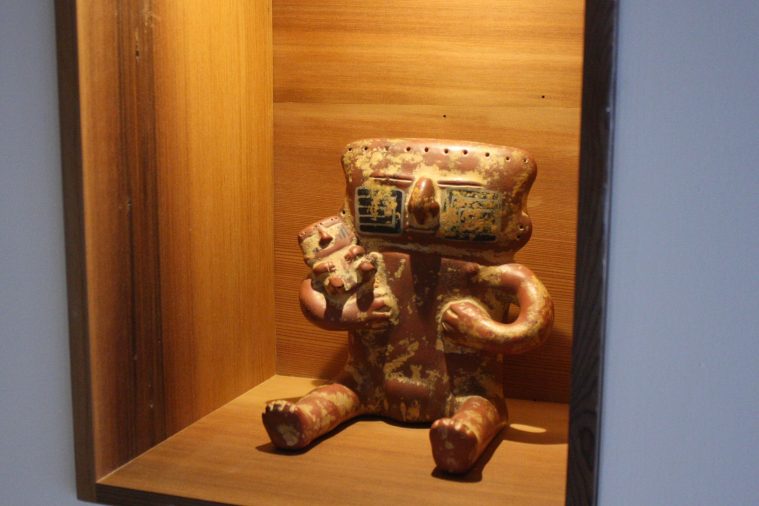 The tasting room is large, which is refreshing and inviting. This space makes Andina a great potential spot for celebrations and gatherings, as there is seating for at least 50 people. This includes approximately ten bars stools around the sleek backlit wooden bar, which serves as the architectural centrepiece of the space.

Andina’s vibrant signature colours – red and yellow – can be seen in chairs, coasters, menus, and the one-of-a-kind beer taps, while raw wood accents keep the space feeling cozy and comfortable.

Latin music flows through the speakers as you step in and soak up this setting – and once you do, it’s time for beer. 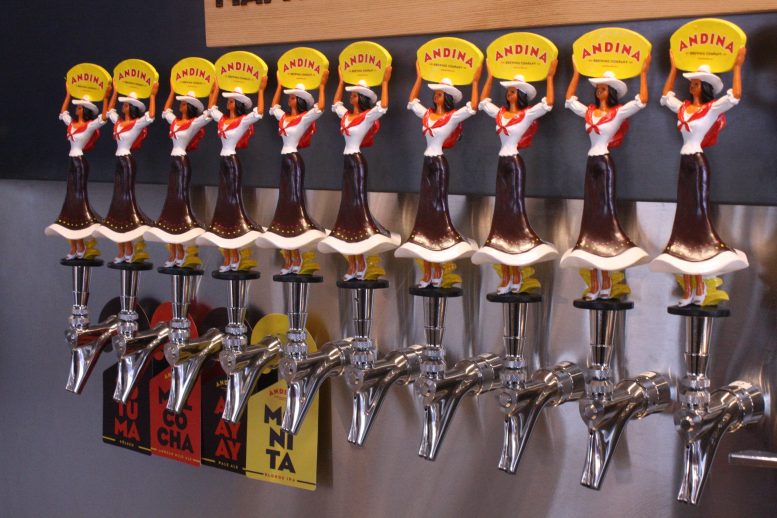 Like most other breweries, Andina has their go-to starting lineup that wont change much. This includes the Totuma (Kölsch), the Melchocha (Andean Mild Ale), the AY AY AY (American Pale Ale), and the Monita – a Blonde IPA named after the Colombian slang for ‘blonde woman’. 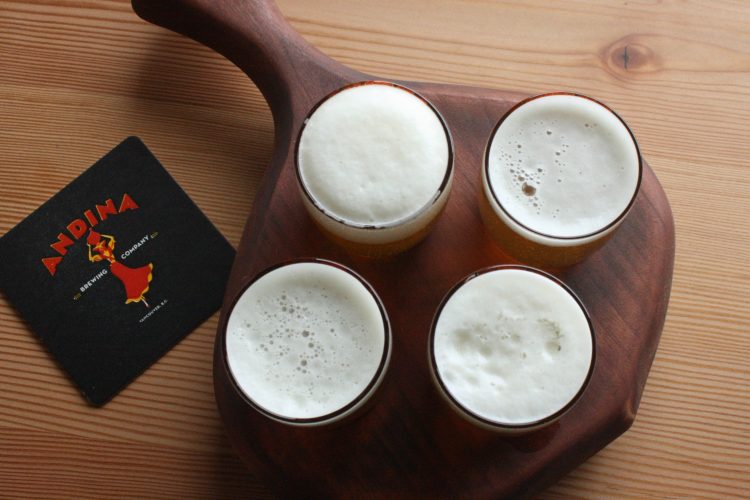 In addition to these four, Andina will have ever-changing offerings that integrate seasonal ingredients along with imports from South of the border. One of these imports includes something no Canadian brewery has used yet – a flavourful Patagonia Malt that has been cultivated in the volcanic agriculture of Chile since 1896. 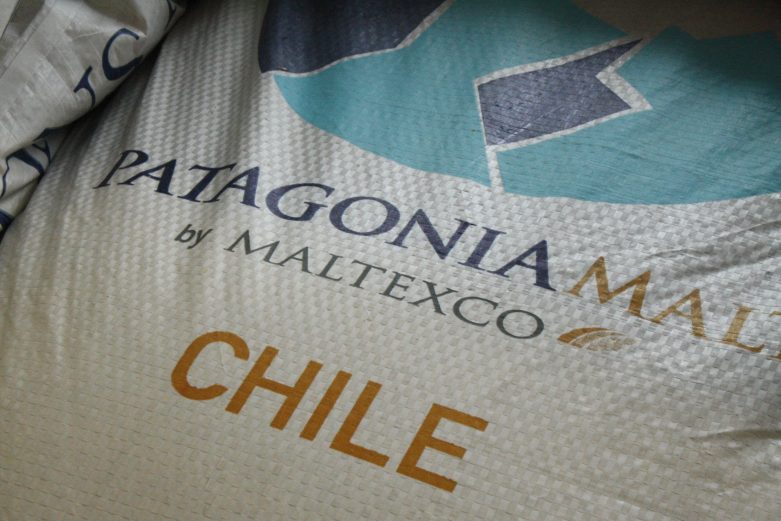 For culinary offerings, Andina will be serving a rotation of eight authentic ceviches inspired by differnt regions in South America including Peru, Colombia, and Ecuador.

The traditional Andean dish consists of raw fish marinated in lime juice, although there will always be a vegatarian option available, and here it will be served with thinly-sliced green plantain chips called ‘Chifles’. Along with the ceviche guests can order Arepas, and Pachos, a dish of Plantain Chifles covered with cheese, tomatoes, green onions, black olives, with Hogao Sauce (Claudia’s own family recipe) – think South American nachos.

Andina uses as much organic and local ingredients as possible, as well as Ocean Wise seafood for the ceviche. All of the dishes on the tasting room menu were developed and perfected by the Amayas. 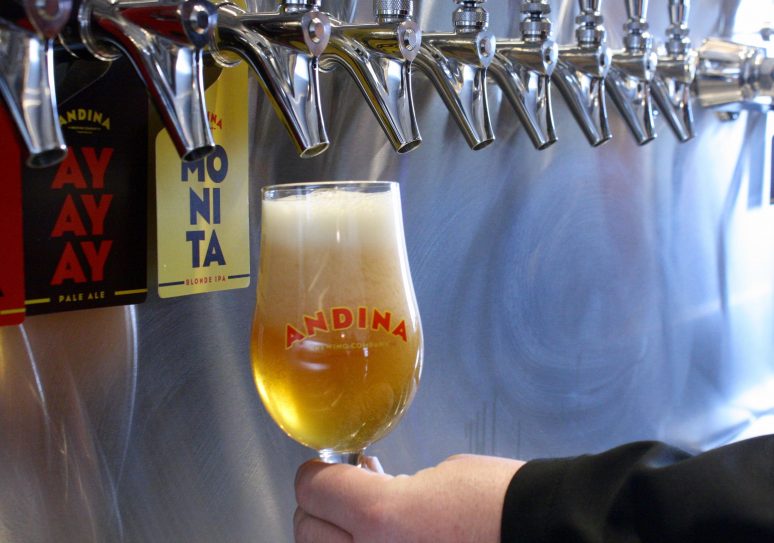 If you happen to be at Andina and you’re not feeling beer, the brewery also be offering Chilean and Argentinian wine and a handful of artisanal cocktails.

Claudia says the whole Andina team is very excited to open their doors, as it’s been a long journey and now they are just days away from inviting in thirsty patrons for the first time. She says there have been some obstacles along the way, but the neighbourhood and local brewing community has been very welcoming and supportive of their fresh concept already.

“We’re surround by neighbours and friends, it’s a very cool industry to be in, and we’re really looking forward to sharing our brewery with Vancouver.”

The Amaya’s passion can be tasted in the artisanal beers and the authentic dishes on the menu, and seen in the eclectic decor of the tasting room – we can’t wait to see this spot when it opens later in February.

Andina Brewing will be open from 11 am to 11 pm daily. 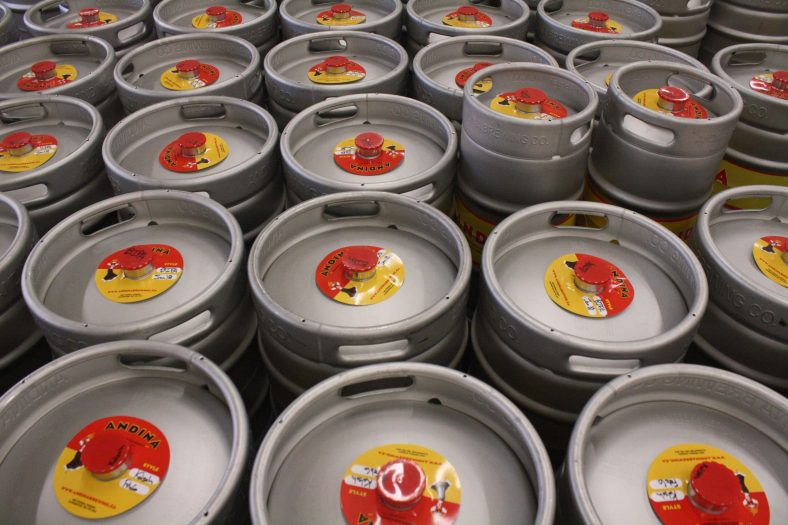 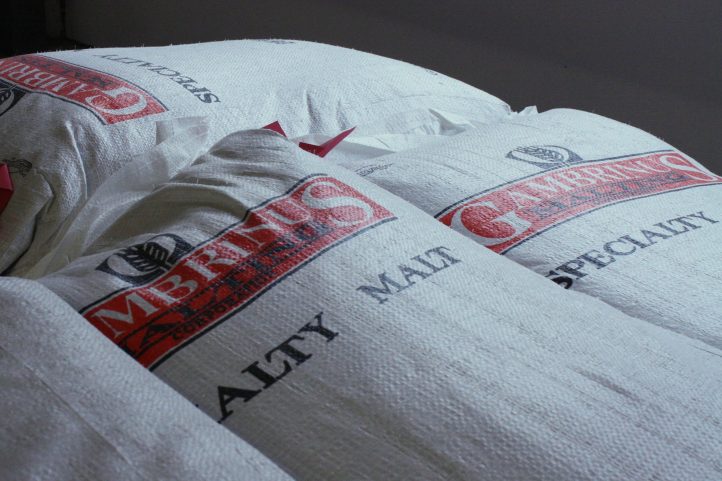 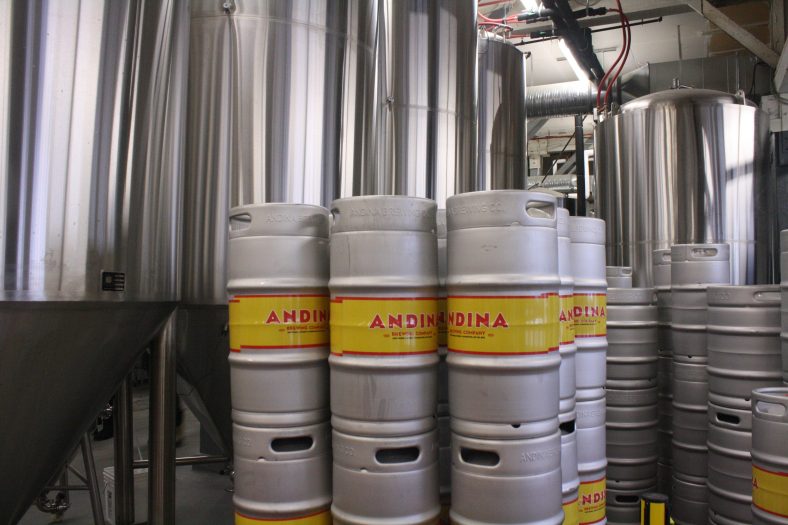 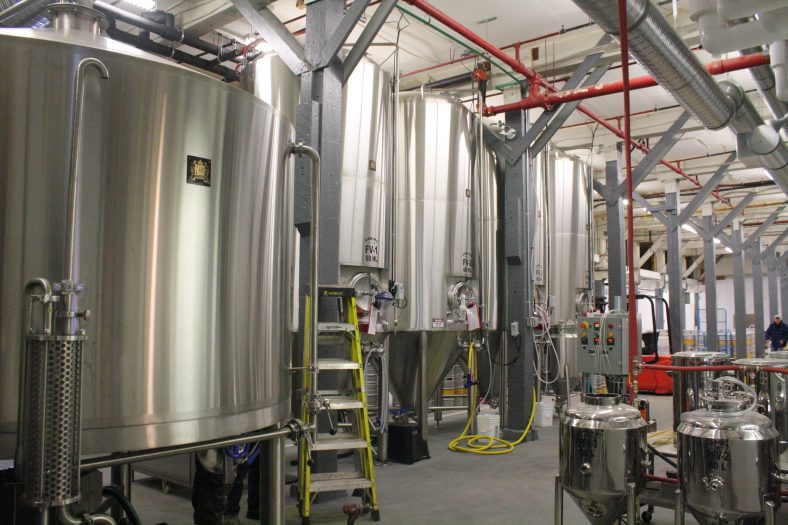