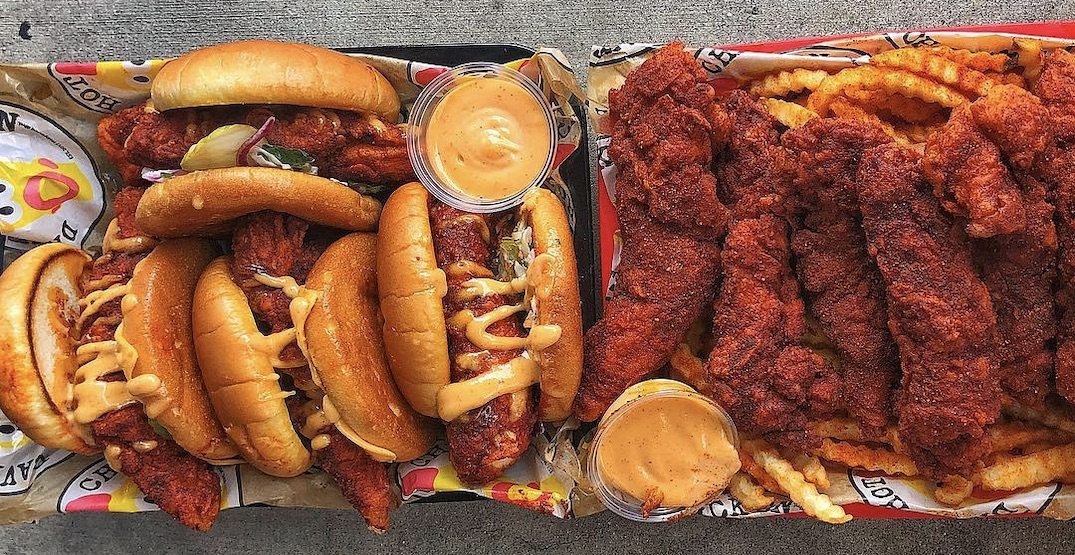 Not sure about you guys, but when we see a pattern, we need to make a list. We can’t really explain it, it’s just who we are.

This one is brought to us by the recent trend of US-based food concepts popping up in Canada.

These American purveyors have either already made their way up north of the border in some select cities or plan to do so in the near future.

Whether you’ll be able to get a taste in your city or not, almost all of them have plans to expand to different regions eventually, so chances are you might get to indulge at some point.

Here are four viral American food concepts that are popping up in Canada.

The famously popular MrBeast Burger has finally arrived in Canada with ghost kitchen locations in three cities: Edmonton, Calgary, and Toronto. MrBeast is a YouTube star with 52.8 million subscribers (to date) who’s known for his extreme stunts, over-the-top videos, and philanthropy. MrBeast Burger’s team has teased more Canadian locations are in the works, so stay tuned!

San Francisco-founded “Man vs Fries” is arriving in select cities across Canada this month. This fast-food concept currently operates in pop-up format across the US, and it’s aiming to open a whopping 75 new locations across the States and Canada. Man vs Fries is planning to serve up its souped-up fries, nachos, burritos, and desserts in three Canadian cities starting February 23. Those locations are Calgary, Edmonton, and Toronto. Man vs Fries told Dished that it plans to expand into other Canadian cities soon.

Actor and filmmaker Kevin Smith brought famous fictional-turned-real fast-food chain “Mooby’s” from Jay and Silent Bob to Canada for the first time back in 2020. The burger and sides pop-up came to Toronto in November and its next stop will be in Vancouver in March.