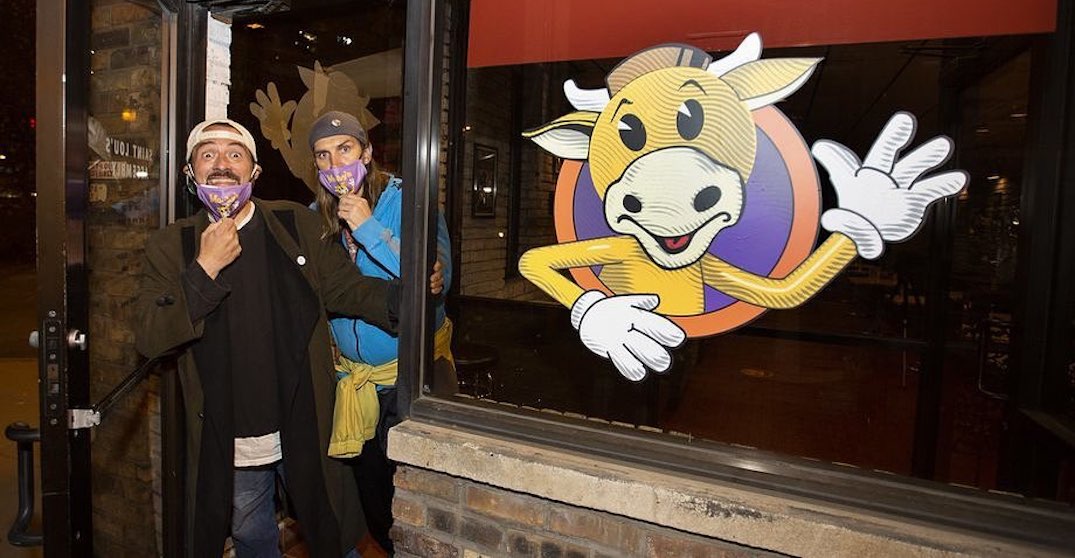 Actor Kevin Smith is bringing Mooby’s to Canada for the first time ever.

On November 12, Mooby’s will be opening through a physically distanced pop-up in Toronto.

Following successful launches in Los Angeles, New Jersey, and Chicago, the Mooby’s experience is coming to Toronto through a collaboration with SkipTheDishes and Kitchen Hub, according to a release.

The pop-up will launch as a physically distanced, pick-up only experience and will feature classic Mooby’s signage and memorabilia.

Mooby is a fictional TV character created by Smith. The character appears in several of Smith’s films, including Dogma, Jay and Silent Bob Strike Back, and Clerks II.

“The immersive experience will replicate the restaurant fans have come to know and love,” according to the release.

Delivery of signature “Moo Mains” will be available throughout Etobicoke and downtown Toronto, with expansions planned for other GTA cities, through SkipTheDishes.

According to the release, the Mooby’s menu will include fan favourites from the American franchise, including the “Cow Tipper” and “Hater Totz.” Vegan options, including the “Beyond Cow Tipper” will also be available. Smith and Kitchen Hub have also created some items with “Canadian flare,” they say.

The pick-up only experience will begin November 12 at 11:30 am at Kitchen Hub’s Etobicoke location (935 The Queensway) via Moobyspopup.com; with delivery available through SkipTheDishes from November 26 to December 9 from 11:30 am to 10:00 pm daily.