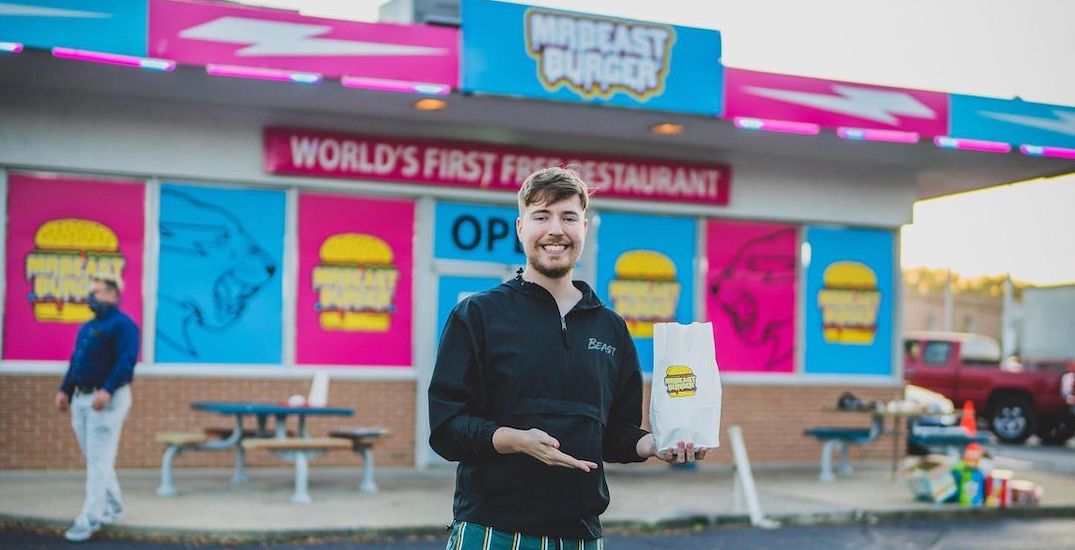 The famously popular MrBeast Burger has finally arrived in Canada, and five locations have opened up in Toronto as ghost kitchens continue to gain popularity in the industry.

The YouTube star with 52.8 million subscribers (to date), known for his extreme stunts, over-the-top videos, and philanthropy, has now expanded internationally in the food business.

After having opened locations across the United States back in December through a collaboration with Virtual Dining Concept, the YouTube star Jimmy Donaldson’s (aka MrBeast) new venture is now reaching Canadian waters.

I just launched 300 restaurants nationwide! Just go on your favorite delivery app and order a MrBeast Burger! WE’VE BEEN WORKING ON THIS FOR FOREVER AND IM SO EXCITED! pic.twitter.com/hn7tXeWrOu

“MrBeast Burger operates out of existing restaurant kitchens, allowing restaurateurs to add a new source of revenue without impacting the operation,” according to the MrBeast website.

“Customers can only order MrBeast Burger via the proprietary app or through major food delivery service apps. MrBeast Burger is available for restaurants to prepare out of their existing kitchens as a way to generate a new revenue stream — the menu is accessed only via apps, and it is delivered directly to your door.”

There are five different kinds of MrBeast burgers available to order and a few are thoughtfully named after his best friends, such as Chris Style, Chandler Style, Carl’s Grilled Cheese, Beast Style, and Nashville Hot Chicken Sandwich. 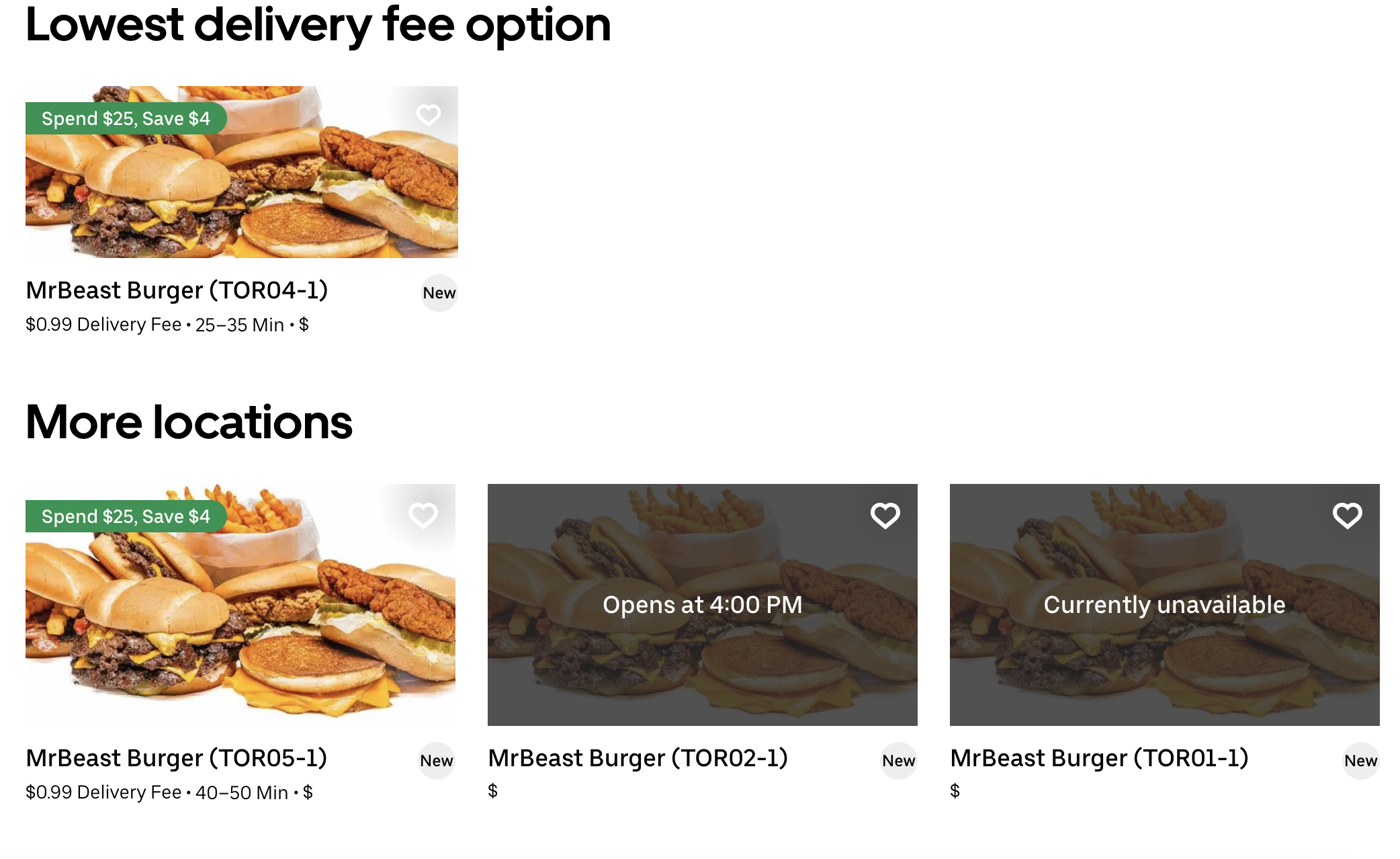 UberEats, SkipTheDishes, and DoorDash have them available for delivery.

Other places in Canada where folks can now find these epic handhelds include Edmonton and Calgary, Alberta.

The hype surrounding the YouTube personality’s new burger joint even motivated some Canadian fans to make a petition to bring the ghost kitchen to the great white north.

Check out the menu here.