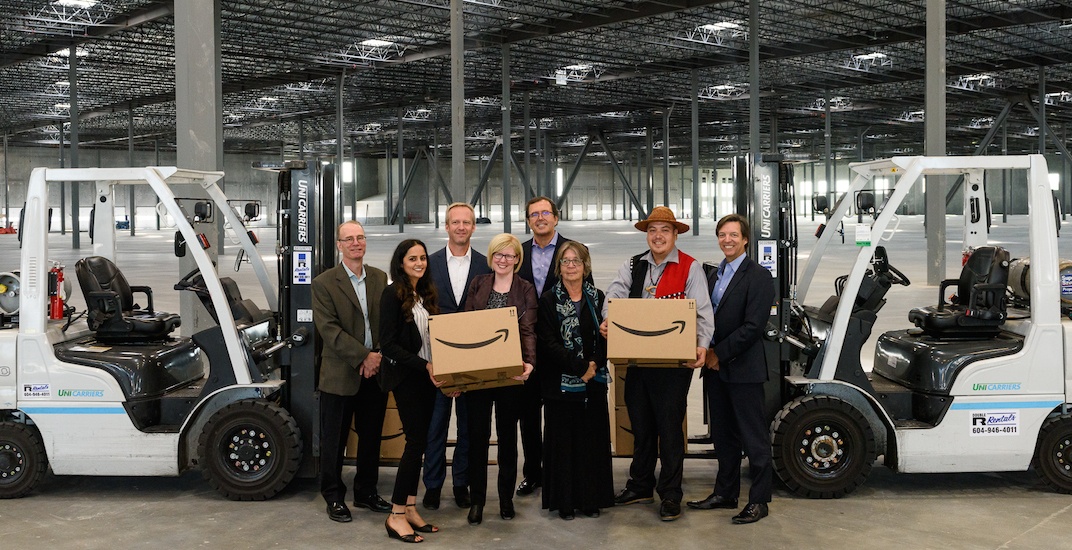 Amazon’s business in British Columbia is growing so fast that the company needs to build a third fulfillment centre in the province.

This new facility will be located at Delta iPort – 41B Street and Salish Sea Way -, which is a significant industrial park being developed by GWL Realty Owners on behalf of the project owner, the Healthcare of Ontario Pension Plan, on lands leased from the First Nation. It is northeast of Tsawwassen Mills and next to the entrance into the Port of Vancouver’s Deltaport.

Amazon’s building will be the  57-acre industrial park’s first phase, which will provide nearly one million-sq-ft of distribution space across two buildings.

“We are pleased that Amazon has chosen Delta iPort as its newest Metro Vancouver distribution facility,” said Paul Finkbeiner, President, GWL Realty Advisors. “In an industrial real estate market as constrained as Vancouver, meeting the needs of Amazon for facility size and location requires creative thinking.”

“We are excited to continue growing in British Columbia and especially in the Lower Mainland community known for its talented and diverse workforce dedicated to innovation,” said Glenn Sommerville, Director of Amazon Operations in Canada.

“Our ability to create hundreds of good-paying jobs with great benefits is thanks to the network of support we’ve received from community leaders, project partners, and fantastic customers.”

Amazon opened its first fulfillment centre in BC in 2012, and it also employs 1,500 people at its Vancouver tech hub and corporate offices, which will grow by about 4,000 people over the coming years at its new offices at the Canada Post redevelopment and a new purpose-built office building across the street.