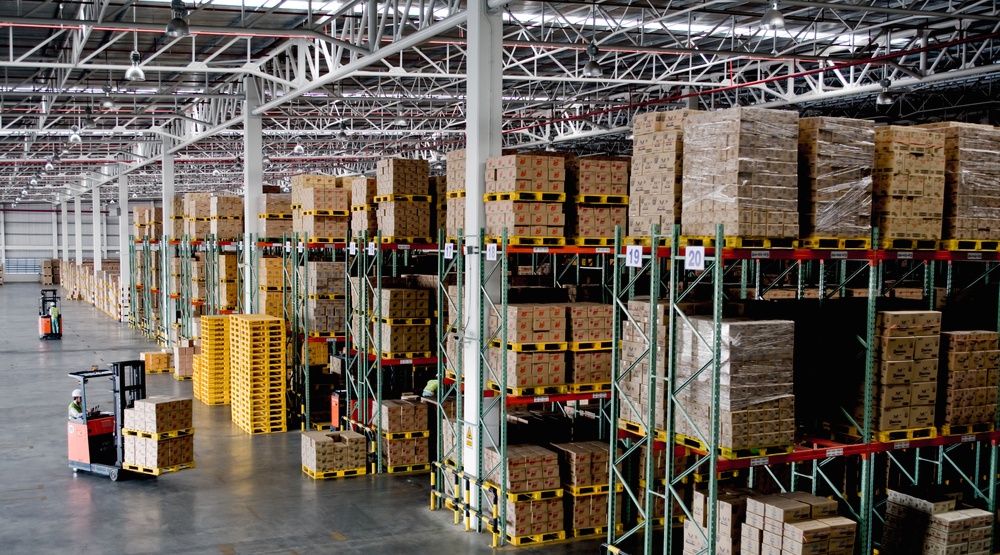 Interior of a warehouse. (Shutterstock)

Industrial spaces support the foundations of any economy, but Metro Vancouver is running out of it quicker than ever before and commercial real estate experts are sounding the alarm.

New data published by CBRE shows that the region’s industrial availability fell from 3.9% in 2016 to 2.3% by the end of 2017, which is the lowest on record in Metro Vancouver and the second lowest in North America.

Businesses that undertake supply chain logistics such as retail and e-commerce require such industrial spaces for warehouses. And this is more important than ever with the growth trajectory of the Port of Vancouver’s cargo volumes.

Construction and supply companies are also amongst the traditional occupiers of such spaces, but in recent years the rapidly growing film industry has been turning to warehouse sites to convert the structures into large production studios.

The shortage in supply continues to drive up rents, with the average net asking rent for Metro Vancouver during the fourth quarter of 2017 at $1.023 per sq. ft. – up 13.6% year-over-year. This is also the first time industrial space rates have crossed the $10 barrier in the region.

Furthermore, property taxes have increased by 20% or more in some areas.

According to Chris MacCauley, a senior vice-president at CBRE Vancouver, many small companies are not seeing a corresponding increase in profits in return for the higher rents, and the market conditions are making it difficult to grow, hire new people, and invest back into their businesses.

Demand continues to outstrip supply by over one million sq. ft. per year, based on CBRE’s data.

“We need to find industrial areas for these companies to go, not only for existing but for new companies looking to open in BC. It used to be that when companies couldn’t find space or outgrew space in the core, they would move to the Fraser Valley but now the Valley has next to no inventory left,” MacCauley told Daily Hive.

In fact, the supply and cost problems are so severe he warns that we could see some businesses relocating to other provinces.

“We’ve used up our safety net and we are going to see companies locating out of province, or not being able to expand here in Metro Vancouver. We have officially hit an all-time historic low in vacancy, with no relief in sight for the foreseeable future,” he continued.

In some cases, industrial sites are being rezoned into residential redevelopments, which was the case for the 126-acre East Fraserlands in South Vancouver.

Previous reports by CBRE state the region could run out of industrial land supply by 2020, and there could be greater pressure on turning agricultural lands into industrial sites.

There will be some relief from new warehouse space projects, but those facilities will barely create a dent against demand and are years away from completion.