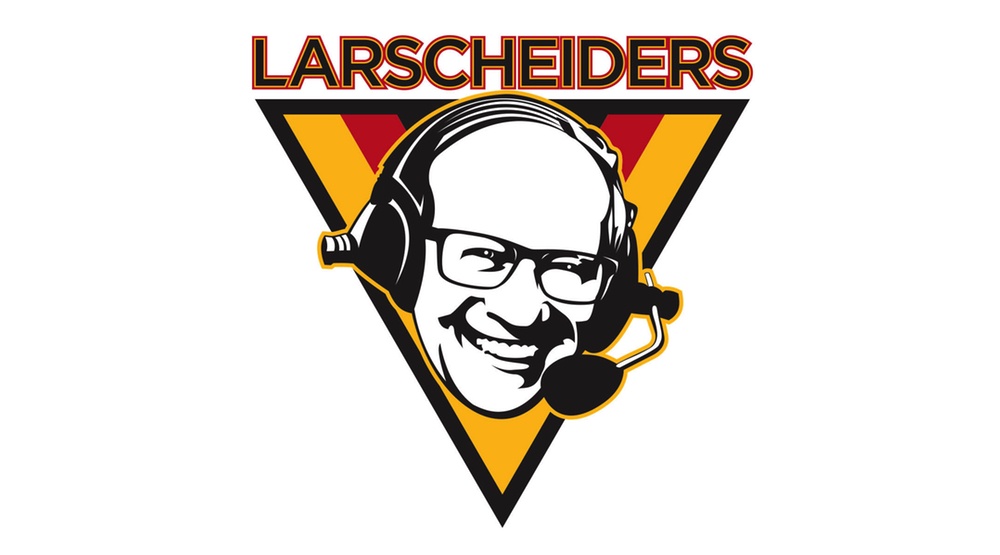 What’s in a name?

The supporters group that we started to bring some life back to the Canucks fanbase at Rogers Arena two months ago debuted at a December 20 home game against the Winnipeg Jets.

The reaction from fans in the section, as well others around the building on December 20 (not to mention our other games on January 17 and February 2) has been overwhelmingly positive.

But we didn’t have a name… Until now.

After literally hundreds of suggestions, we’ve settled on a name that personifies the energy and passion that we want from section 325 and 326.

Ladies and gentlemen, I present to you: The Larscheiders. 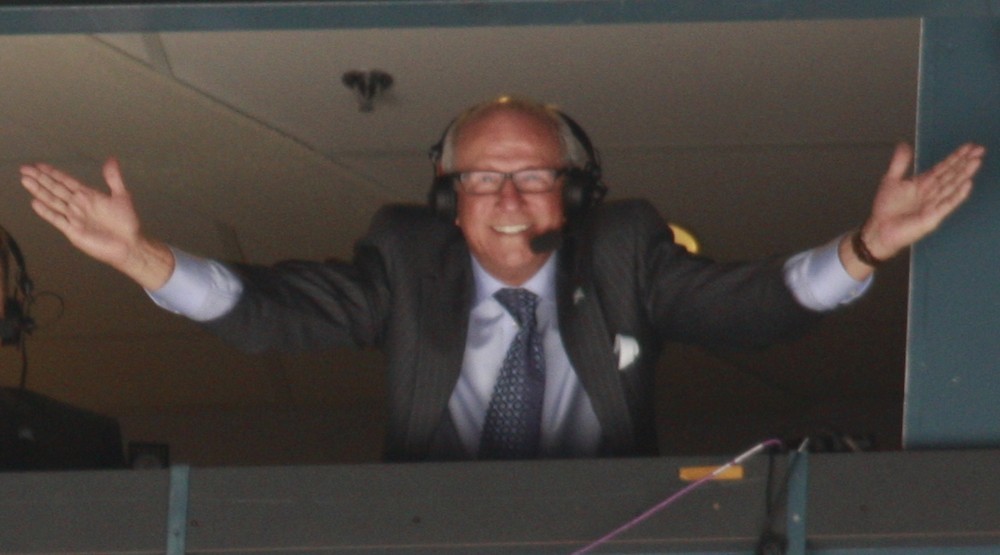 For the answer to that, I asked the person who came up with the idea.

“Tom Larscheid put his heart into everything,” Larscheiders co-founder and lifelong Canucks fan Carlo Bodrogi said. “He reflected exactly what we were feeling. His yell when Bure scored to take out the Flames – he yelled for us. He was our voice.”

During Larscheid’s time as colour commentator for Canucks radio broadcasts from 1977 to 2010, in many ways, he was the voice of the fan.

When Pavel Bure scored in double overtime of Game 7 against the Calgary Flames in 1994, you could hear him yell “YES!” before Jim Robson had the chance to announce the goal. That’s how much he wanted them to win.

“Even when the Canucks were terrible, or things weren’t going well, Tommy spoke just like a real fan. And he spoke truthfully.”

Larscheid loved the team, but he wasn’t a cheerleader. He would say when a game was boring and he would express his frustration at lacklustre play. But he always did it with infectious enthusiasm.

“The way he held himself was the exact way that you hope your players play,” Carlo added. “With true, honest, raw emotion. The ‘fire in the belly!’ That’s the exact spirit that we’re going for with our group.”

Daily Hive reached out to Larscheid last week to ensure we had his blessing to use his name.

“It’s a real honour, believe me, I’m humbled by it,” Larscheid said from his winter home in Palm Springs on Thursday. “If it enhances what you’re trying to do, and I hope it does, I’m very much in favour of you calling yourself ‘The Larscheiders’. Let’s keep it going!”

The final appearance for The Larscheiders this season will be on Tuesday against the Detroit Red Wings.

The Vancouver Canucks organization is supportive of The Larscheiders initiative, and are looking in to expanding space in Rogers Arena for it next season to allow it to grow.

“You have my full endorsement,” Larscheid added. “I hope it proves to be tremendously successful, and that people enjoy what you’re trying to do, and that is to bring a little more spirit into the building, which I think is drastically needed too.”

There hasn’t been a whole lot to cheer about in recent years.

“They’re going through some growing pains right now. All teams have to go through it at one time or another. Hopefully they’ll be successful in their drafting and developing of their young players.”

The Canucks appear set to miss the playoffs for the third time in four years this season, but the energy at Rogers Arena has been on a steady decline long before the losing got to appalling levels.

“Your love for your team isn’t only when they’re winning,” Carlo said.

And that’s just it.

This is what separates the diehards from the bandwagon fans.

Good or bad, fans ought to arrive at Rogers Arena with some energy. Be happy. Or be angry. But be something.

If expressing your emotion involves making noise, ideally you’d like to be able to do it without getting shushed from people around you.

Win or lose, watching a hockey game ought to be fun.

“I always said ‘the fans really don’t turn on the team in Vancouver, it’s the team that turns on the fans’. But they’re going through a period of time now though that I think it would probably be very beneficial to the team if the fans started to get behind them when they need it the most. If The Larscheiders can do this, I’m all for it.”

Note: Thanks to graphic designer/diehard Canucks fan Brendan Hoare for the amazing work on The Larscheiders logo